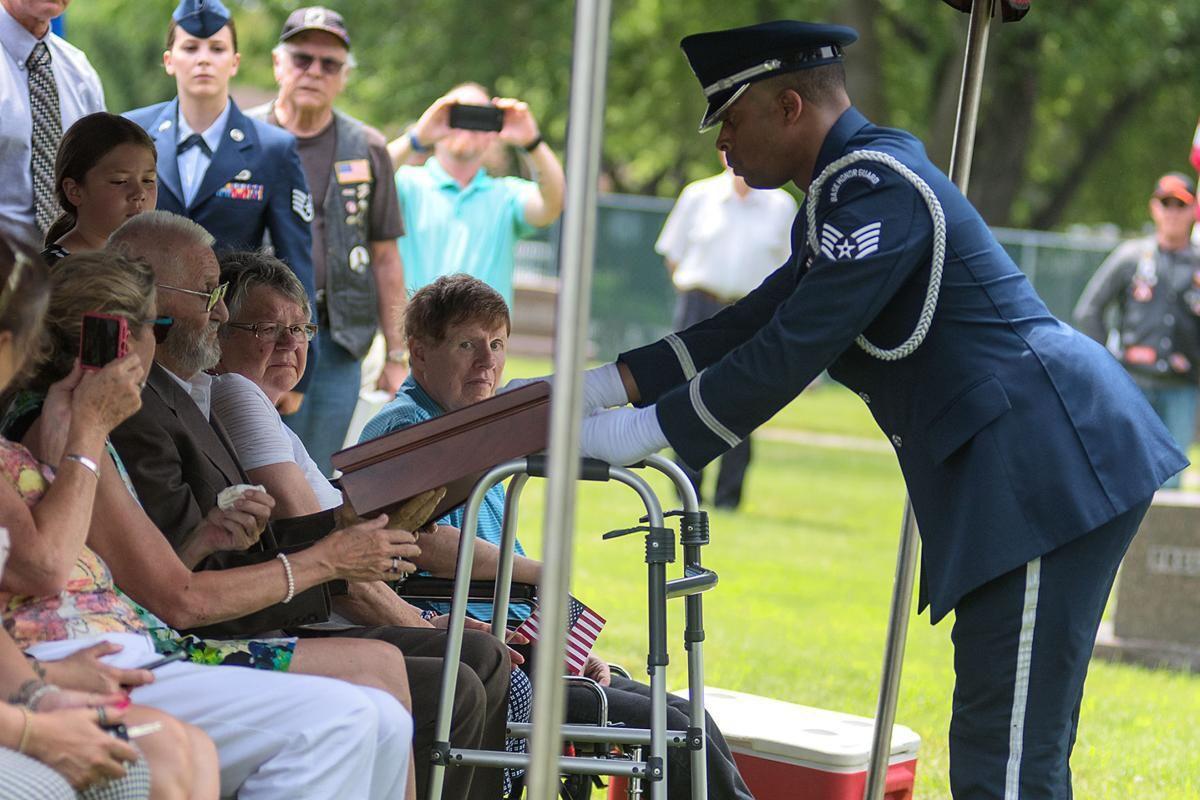 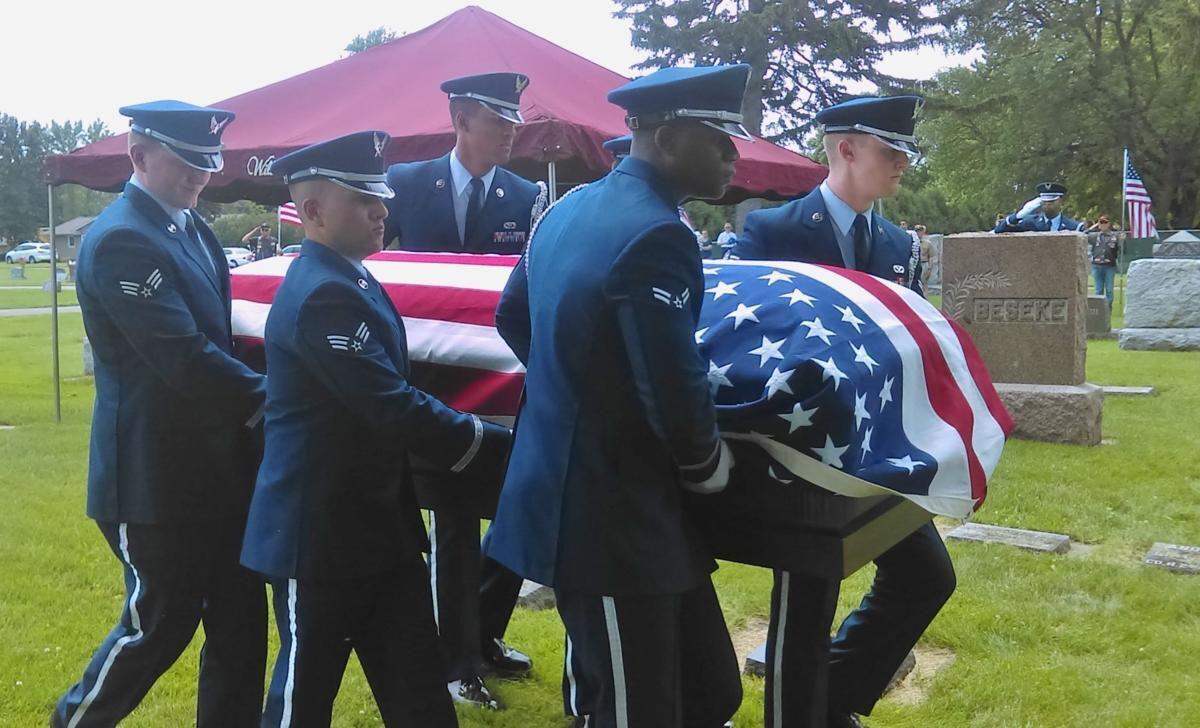 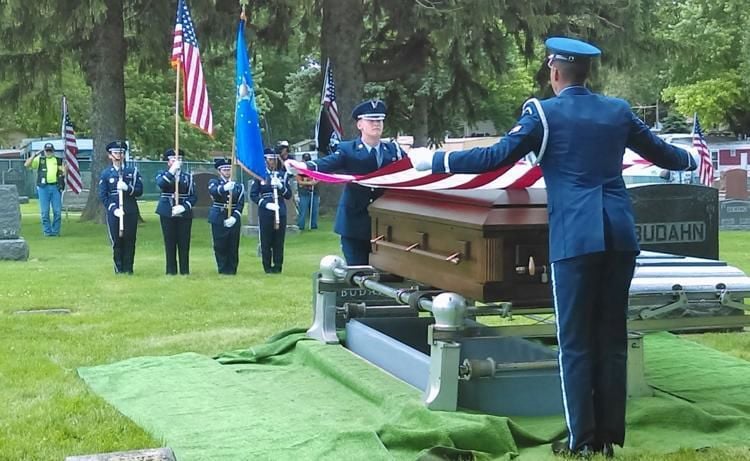 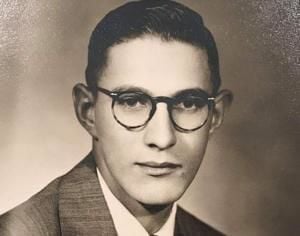 ARLINGTON, Minn. – The remains of a young airman killed in the wreckage of an Air Force cargo plane that crashed into an Alaskan mountain more than 66 years ago were laid to rest by his family in a solemn military burial Saturday.

Airman 2nd Class Verne Budahn, 19, was among 52 Air Force servicemen and crew killed on Nov. 22, 1952, when the C-124A Globemaster destined for Elmendorf Air Force Base in Anchorage vanished in bad weather while approaching the base.

The flight originated at McChord Air Force Base in the state of Washington.

The Alaska National Guard helicopter discovered the wreckage during a June 10, 2012, training mission over the melting Colony Glacier, about 40 miles east of Anchorage. Officials said at the time the plane became buried in snow and likely churned beneath the surface of the glacier for decades.

A laborious process of checking DNA samples from relatives of those on board the plane with remains found at the wreckage site confirmed the identity of Airman Budahn.

His family was notified of the discovery earlier this year, and his remains were recently transported to Dover Air Force Base in Delaware and then to his hometown.

“It was a somber moment,” said nephew Bruce Budahn.

For years his surviving relatives and friends thought the day would never come when his remains would be buried with full military honors in this southern Minnesota farm town where Budahn grew up.

Budahn enlisted in the Air Force a few months after graduating from Arlington High School in 1951. Several of his former classmates (16 of 34 are still living) were among those who came out on a sweltering afternoon to pay their respects at the Arlington Public Cemetery.

Family members said three of his four brothers also enlisted in the Air Force during or after the Korean War. They described the military burial as emotional but comforting.

An American flag and Budahn’s recovered dog tags were presented to his only living brother, Alvin Budahn, 90.

“He was a quiet, well-mannered and hard-working kid,” classmate Myron Bertrang said afterwards. “He was just a good, good guy.”

Details for this story were provided by the Mankato, Minn., Free Press.