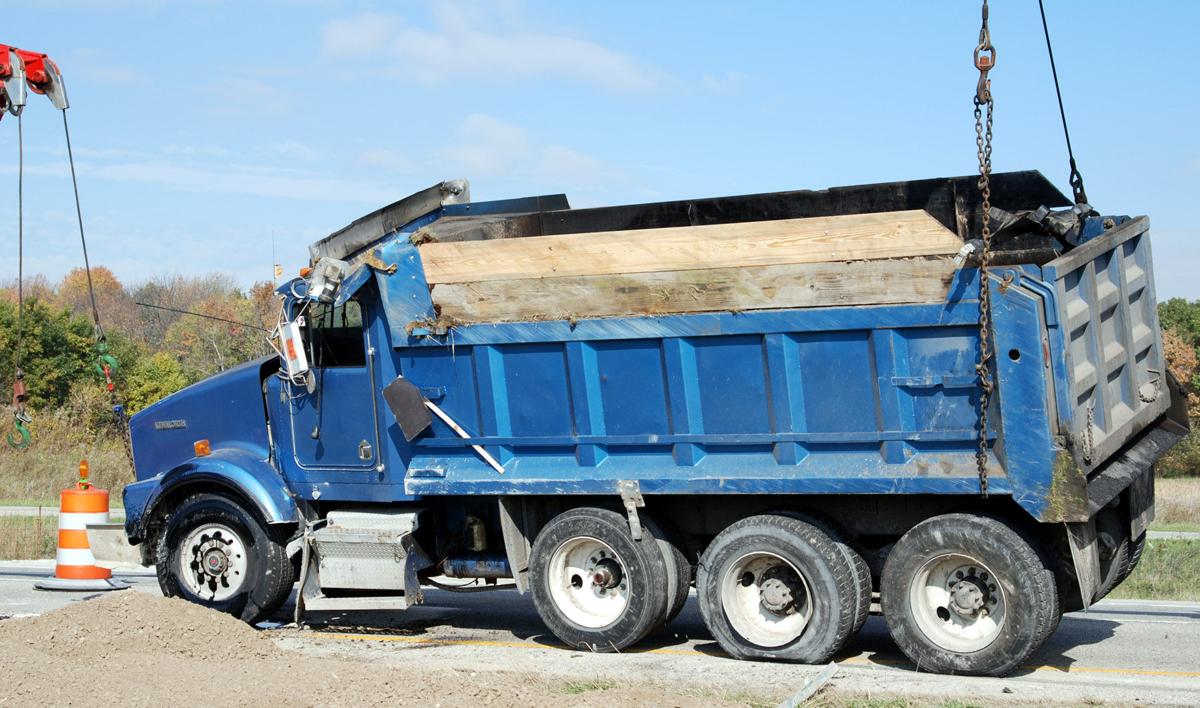 Two wreckers team up to turn the dump truck upright after a wreck on I-74 Wednesday. 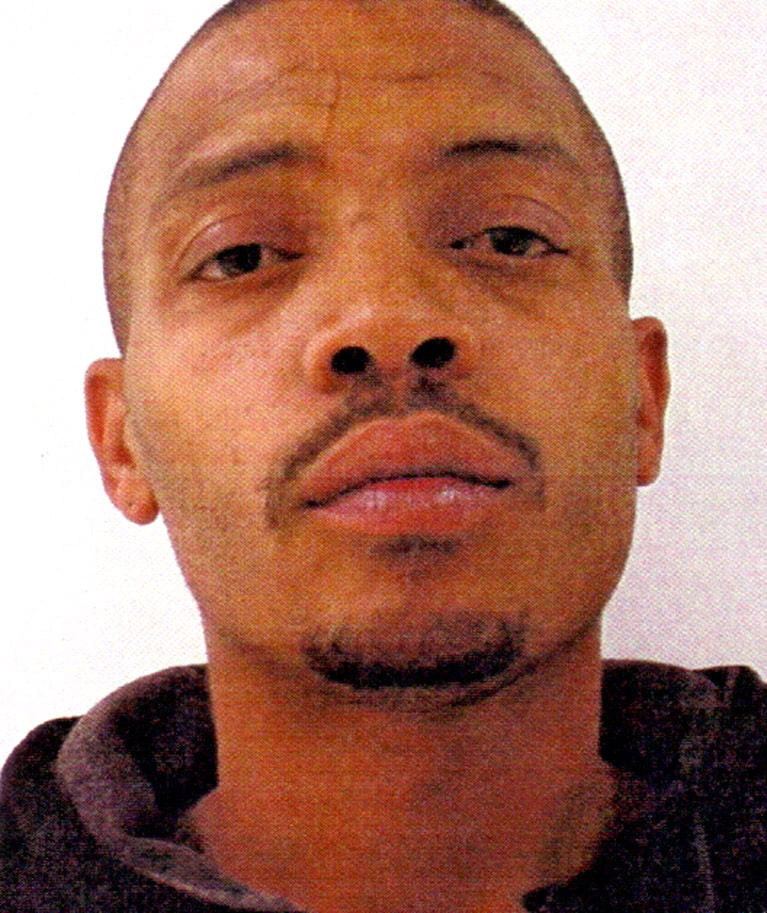 Two wreckers team up to turn the dump truck upright after a wreck on I-74 Wednesday.

The driver of a dump truck was carrying too many tons in the back and too many ounces in the front. All told, it was a recipe for disaster. At 10:04 a.m. Wednesday, a Kenworth dump truck collided with a Ford Excursion on I-74. According to Indiana State Police officer Chris Richey, the dump truck was traveling too quickly as it approached its entrance to a construction site. When the driver, Richard Ward III of Indianapolis, discovered he could not make the entrance, he swerved back into traffic and hit the passenger side of the SUV. The smaller vehicle, containing April Bates of Union, KY and her four children, spun out and hit the concrete barriers lining the roadway. The dump truck overturned, leaving its load of gravel in the median. No injuries were reported. “They were just in the wrong place at the wrong time,” said Richey of the occupants of the SUV. Ward was discovered to have a blood alcohol content of .27, an amount which is three-and-a-half times the legal limit for this state. ISP officer David Meyer was the arresting officer. He said Ward did not have an explanation for the cause of the crash nor did he cause any problems while being taken into custody. Further investigation found two beers in a cooler in the cab of the dump truck. Jeff Bates arrived on the scene shortly after the wreck and transported his family from the Interstate. He was visibly upset by the collision. “We’re lucky nobody was killed,” he said emotionally. “Rest assured, we’re going to get to the bottom of this.” Ward is an owner and operator of 3rd Ward Trucking of Indianapolis. He is a subcontractor for a construction company working on one of the many projects associated with the constantly changing landscape of the area surrounding I-74 exit 132. Darlene Hauck, Motor Carrier Inspector with the ISP, found the weight of the truck exceeded the prescribed load for a vehicle of its size. At 69,780 pounds, it was 1,780 pounds over the limit. Carrying a heavy load likely contributed to the accident. “He was supposedly entering the construction site and things went awry from there,” said Hauck. Due to the weight of the vehicle, Hauck also noted, Ward can expect repercussions from the Federal Motor Carrier Safety Administration. He can expect, a combination of state and federal charges, the officers agreed. Decatur County Sheriff Daryl Templeton said the area has seen remarkably few accidents considering the increased level of traffic. His department was expecting the approximately 1,300 workers at the Honda site to add significant law enforcement challenges, but that has not taken place. “Everybody must be driving carefully,” he said. There has been an increase in traffic coming from Bartholomew County, Templeton pointed out. “We really haven’t had that many problems here in Greensburg,” he said “and it’s amazing we haven’t had more.” Hundreds of trucks have traveled in and out of construction sites and a very tiny number of accidents have involved the trucks. He listed three incidents, including Wednesday’s collision which is the first instance where alcohol has also been a factor. “We’ve talked about it as a department, and we feel very fortunate,” he said.