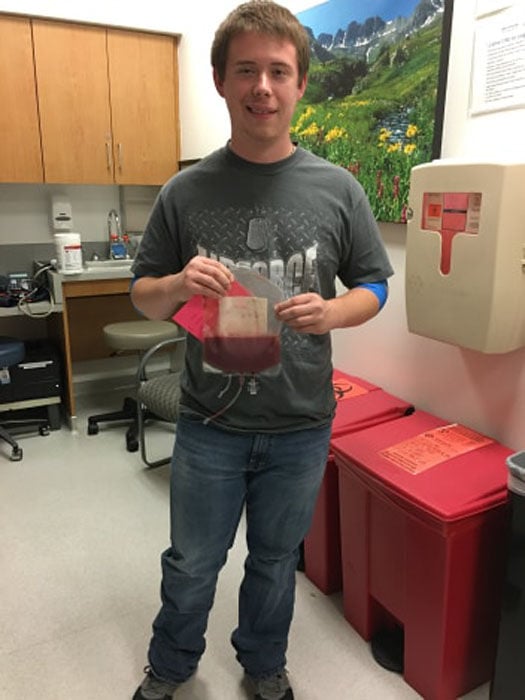 Recent North Decatur High School graduate Travis Dean is pictured with a container of his bone marrow, which he donated to help his sister beat cancer. 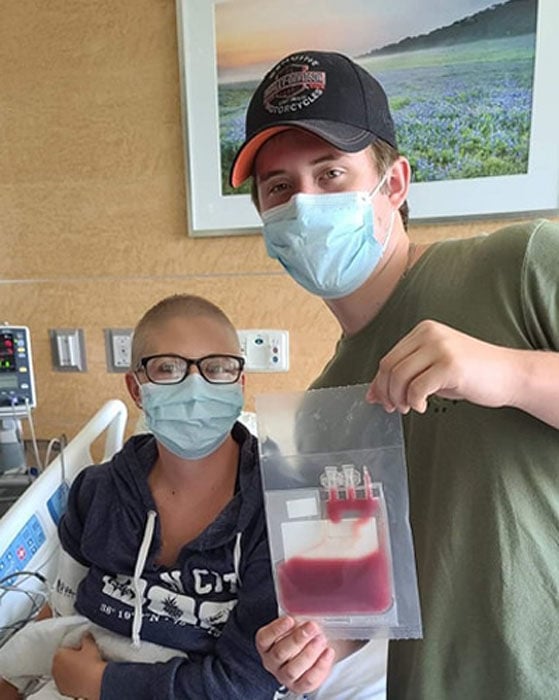 Travis Dean and his sister, Morgan Cappes, in her hospital room as she’s being treated for cancer.

Recent North Decatur High School graduate Travis Dean is pictured with a container of his bone marrow, which he donated to help his sister beat cancer.

Travis Dean and his sister, Morgan Cappes, in her hospital room as she’s being treated for cancer.

GREENSBURG — A recent graduate of North Decatur High School spent part of his senior year in Texas, helping out his older sister in a unique way: by donating stem cells so she could overcome leukemia.

Travis Dean recently graduated from North Decatur High School. His sister, Morgan Kappes, who graduated from North Decatur High School in 2011, discovered she had leukemia in February and needed a stem cell transplant. She is married to Zach Kappes, who is in the military. The couple have five children and are currently stationed in Wichita Falls, Texas

“I left in April while my sister was having chemotherapy. I went to Wichita Falls to help her husband take care of their five kids while she was having chemo,” Travis said. “Then, in June, I went to Dallas to donate stem cells. I had to have three shots a day for three days, and then on the fourth day I had two IVs in me: one was the feed line, one was the return line. I layed like that for six hours while I donated stem cells. That’s basically how they do the bone marrow now.”

“I had some bone pain and a spasm in my back that took me to the ground, but a few days after I was fine,” he said.

His sister had a different story.

“Morgan said she feels the same, but they had to shave the rest of her hair off. She has a sore throat from the chemo, and has to wear an IV 24/7 now. She has the hard part,” Travis said.

The brother and sister are very close, despite the geographical distance between them.

“I was just really happy that I was a match and that I could possibly save my sisters’ life,” Travis said..

Travis plans to work at Honda for the next two years, and then to enlist in the United States Army Reserves. In his spare time he likes to play the drums.

Travis’s parents are Gary and Carrie Dean, who work at Gecom and Honda respectively.