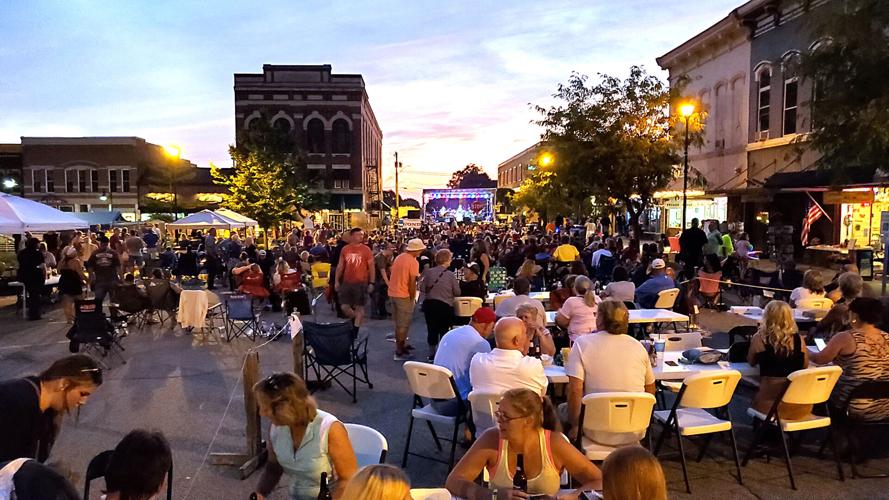 GREENSBURG – The annual Fall Festival, held on the historic Greensburg Square, drew visitors from near and far to town both Friday and Saturday night.

Friday evening’s highlights, aside from assorted vendors set up around the Square, was the crowing of festival “royalty” and acoustic musical act Sam King followed by the Woomblies Rock Orchestra on the festival stage.

Saturday kicked off with the Greensburg Kiwanis Club pancake and sausage breakfast at First Presbyterian Church.

A car cruise-in the First Financial Bank parking lot was underway by 9 a.m.

The always popular Herb Kohler Memorial Parade stepped off at 10:30. It began north of KB Foods on Broadway Street and moved south, taking a route the included a pass along three sides of the Square.

As one might expect, there were also parade floats, cheerleaders, dancers, hospital heroes, and many entries fitting the parade theme, “The Good Ole Days.” More than 50 entries in total made a parade appearance.

Other festival highlights included the “Decatur County’s Got Talent” talent show at The Beach Tiki Bar stage, a corn hole tournament at the tAAp, a bluegrass jam, and not one but two featured bands on the festival’s main stage: Desperado, an Eagles tribute band, and Brickyard Road, a Lynyrd Skynyrd tribute band.

The Daily News commends everyone involved with organizing and hosting the annual festival for all of their hard work and dedication to the cause.