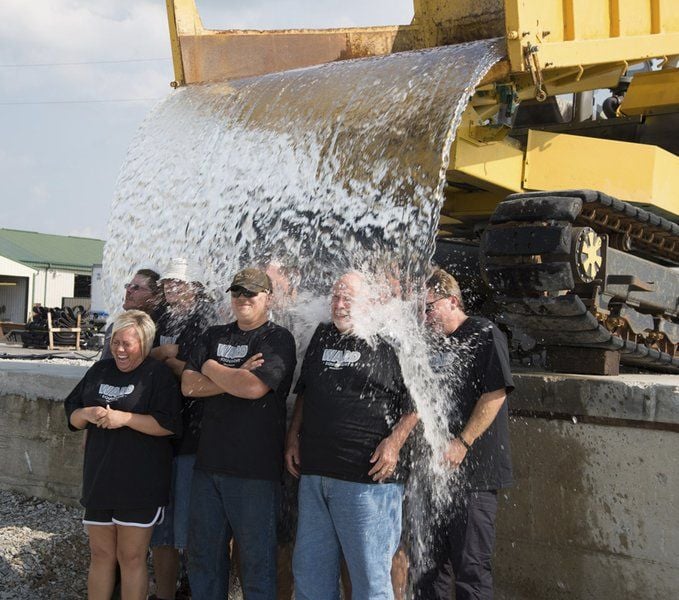 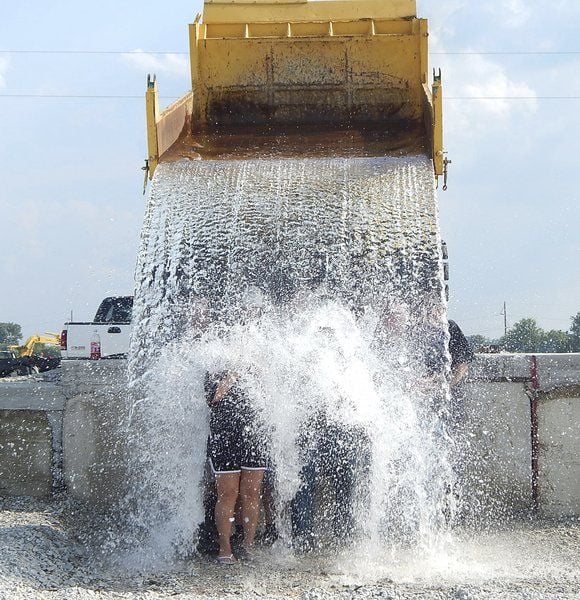 GREENSBURG – The employees of Ward Equipment, LLC, have stepped up and accepted the ALS Ice Bucket Challenge when fellow employee Amy Ward nominated them.

Amyotrophic lateral sclerosis (ALS), also known as Lou Gehrig’s Disease, is a neurodegenerative disease that attacks the nerves that control muscle movement and is most often fatal.

However, this group of workers chose to do the challenge their way – by having a dump truck load of ice water poured over their heads. Workers added 10 large bags of ice to the massive load of water, just to be certain that no one walked away dry, or warm.

The challenge seems to have come at a good time for the workers. They were doused Monday afternoon, which was steamy and humid, making the ice water a relief, for a few seconds at least.

None of the employees undertaking the challenge have a direct link to anyone with ALS and said they chose to participate to do their part to raise funds and awareness for the lethal neurodegenerative disease. The company’s owner, Travis Ward, had an uncle that passed away because of ALS.

Most challenges involve participants dousing themselves in frigid water and challenging others. While that certainly took place, Ward Equipment is also making a $500 donation to the ALS Foundation.

After the dump truck had released all its contents on the Ward Equipment crew, employee Steve Fortner sent out the challenge to others, naming Stone’s Farm Service, Miller Equipment, B&C Rental and David Best Equipment.

Perhaps, with businesses beginning to accept the challenge and make donations in addition to going under the bucket, funds will continue to mount, making potentially life-saving research possible. As of Monday, nearly $80 million had been raised to help combat ALS.