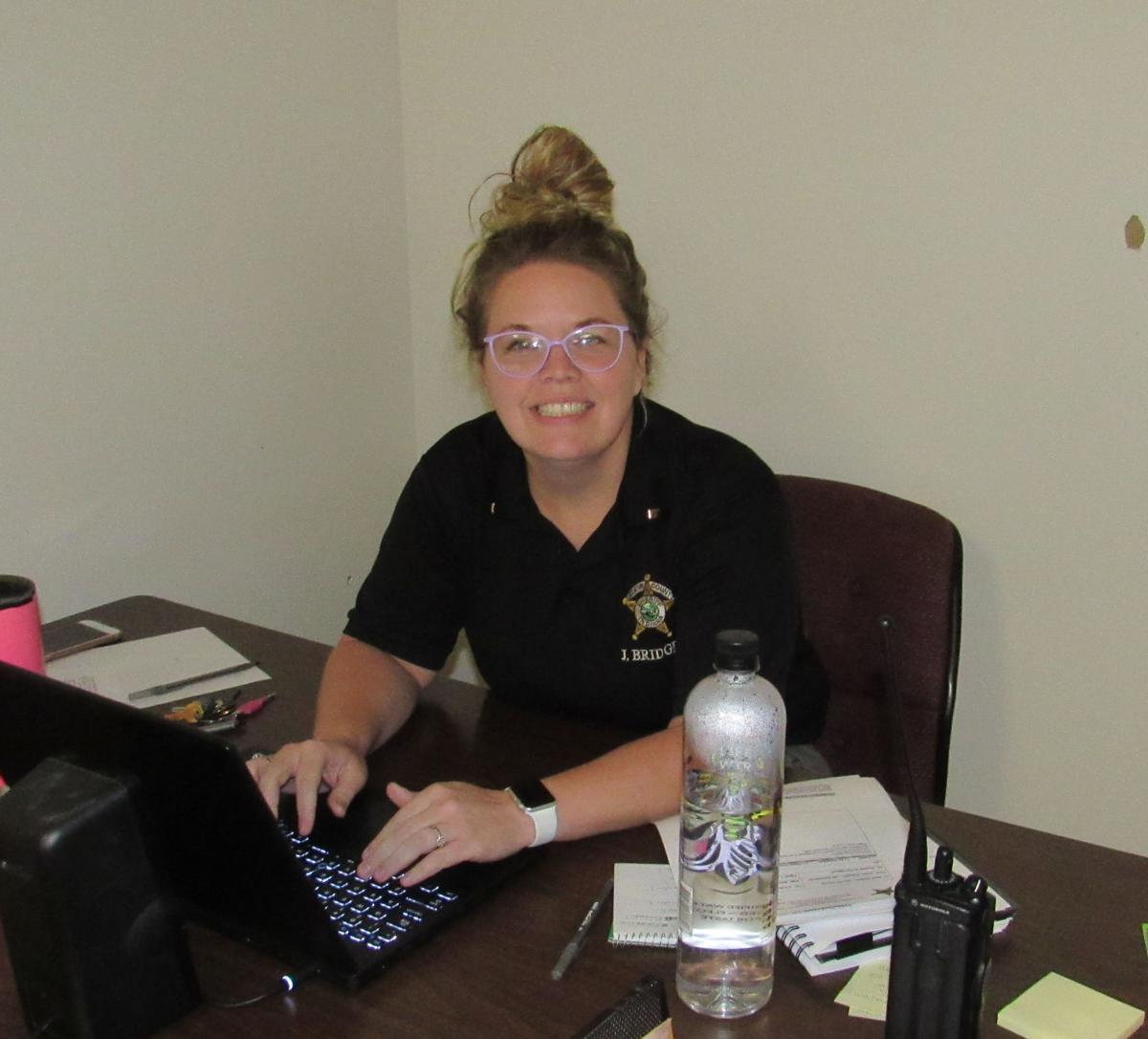 Jamie Bridges has been promoted to Assistant Commander of Programming in the Decatur County Detention Center. 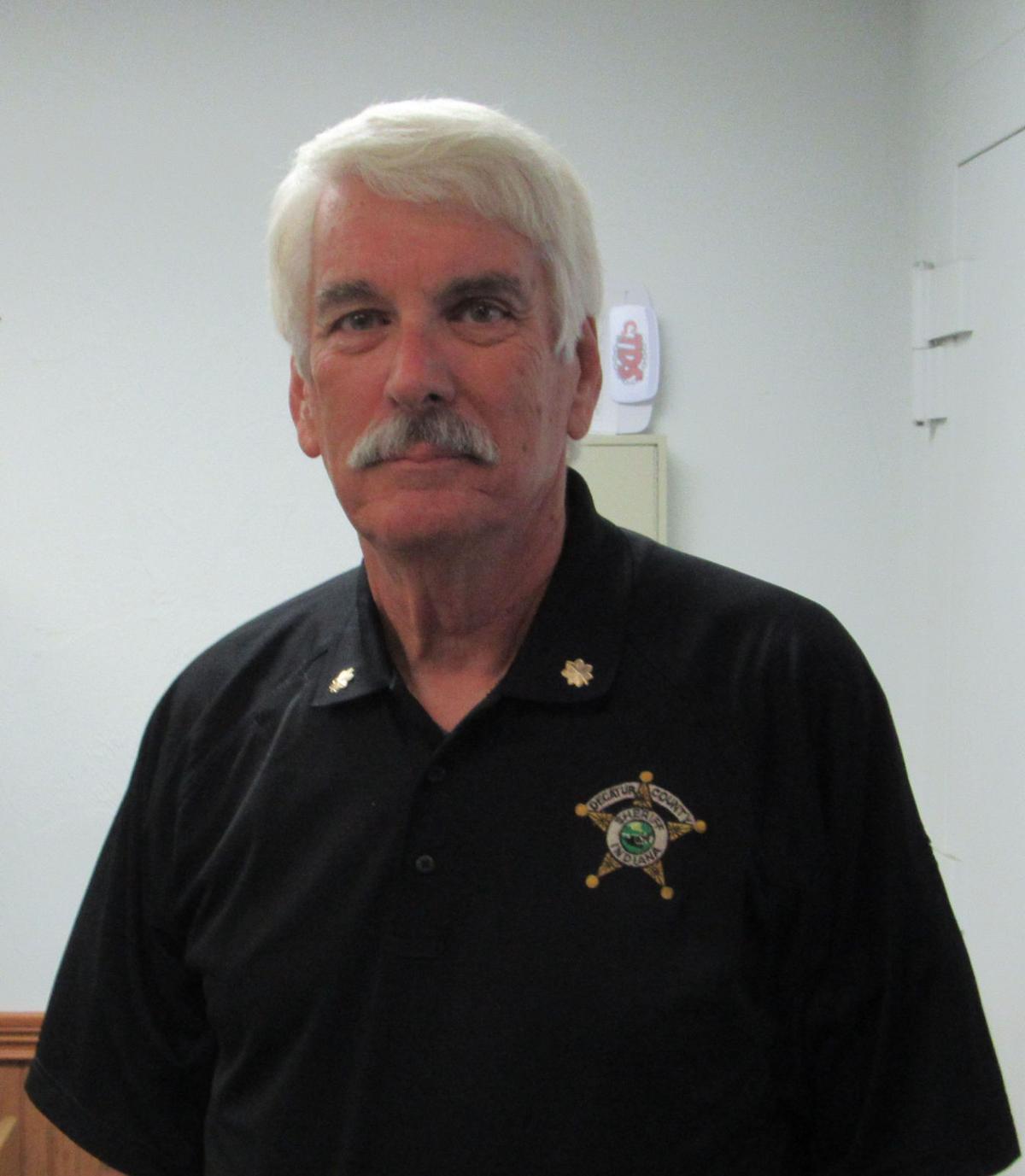 Jamie Bridges has been promoted to Assistant Commander of Programming in the Decatur County Detention Center.

GREENSBURG – Some basic law enforcement philosophies in Decatur County have changed, and as a result some personnel changes have taken effect.

Decatur County Detention Center staff member Jamie Bridges has been promoted to Assistant Manager of Programming, and a new player in the local law enforcement community has been hired: Dana Parker is now Detention Center Commander.

“[Former] Sheriff [Greg] Allen and Jail Commander Tony Blodgett were very instrumental in preparing our county for the new jail that’s being built and we wish them the best, but now it’s time to take a step further in taking back our community from the opioid crisis and the resulting addiction issues that our communities are facing,” said Decatur County Sheriff Dave Durant. “The jail is being managed very efficiently by Waukenda Jones and Jaimie Bridges, and so the new Detention Center Commander will have the same job but his duties will be just a little different.”

Parker, with extensive experience in the corporate management environment,will be responsible for business managerial duties, according the Sheriff Durant. He will oversee the inmates moving in the new jail, and all operational concerns of the DCDC.

Parker will manage commissary funds and address concerns of the $2.5 million budget currently assigned to law enforcement in the county.

“Dana’s also good at establishing rules,” Durant said. “It’s rules in our society that really allow us the freedoms we do have. The addict does not follow rules, so when they are brought into the penal system a forced sobriety happens and then it’s important they learn the rules.”

Per a 2016 Bureau of Justice Statistics report, within 1 year following placement on community supervision, 18% of federal offenders had been arrested at least once. At the end of the 5-year follow-up period, 43% had been arrested. Among those conditionally released from federal prison, nearly half (47%) were arrested again within 5 years, compared to more than three-quarters (77%) of state prisoners released on community supervision. The report continues, stating that about 3 in 10 federal prisoners released to a term of community supervision returned to prison within 5 years, while nearly 6 in 10 state prisoners conditionally released returned in 5 years.

“We’ve got to stop them at some point in the cycle,” said Durant. “That’s the only way we’re ever going to make a difference in our jails. We detain them for a time and they either end up in community corrections or DOC or end up back out in the community. Our job as the law enforcement community is to interrupt that forward progression into destruction. People don’t know how to stop, and that’s where the problem lies. So law enforcement stops the forward movement, but unless at that moment of forced sobriety they don’t realize what’s going on and have a genuine change of heart, nothing is going to change when they make it back out into the real world.”

Durant said he looks at his mission as being from arrest to recovery.

“It all starts with the handcuffs and then progresses toward healing,” Durant said. “Our job is to provide some true life-changing programs for them while they’re here. I think that’s how Assistant Commander of Programming Jamie Bridges can help. You can figure out what their problems are, but until the decision is made within the convict’s mind, there is no progress. We want them to understand that they have to start that change in the Heart. It’s important not only in this facility, but as we move into the new facility. They have to have a change of heart before any other healing can happen, and that where Residents Encounter Christ (REC) comes in.”

Daily News readers may remember an article previously published concerning the three day program Durant and the REC community shared with the population of the Decatur County Jail in early May. It’s based on the Emmaus Walks that many local Christians are familiar with. It’s three days of singing together, talking together and praying together, and in the process seeing see each person’s walls brought down, according to the sheriff.

“REC is the springboard for all the other programs, be it Alcohol Anonymous and Narcotics Anonymous who use the term ‘high power’ or faith based programs like Celebrate Recovery, Recover Out Loud, Speranza House and Foundations. Those organizations will walk with these residents after they’ve had that change of heart,” Durant said.

The sheriff also noted these programs cost the taxpayer “absolutely nothing.”

“It’s people lovin’ on other people,” he said. “Those organizations have the most spiritual-recovery street-cred you’ll find, but this can’t be accomplished until we get these people off the street and turned around. If we don’t address this now, we will be building a new, larger jail facility in 15 to 20 years. I truly believe through these programs and partnerships we can take our community back.”