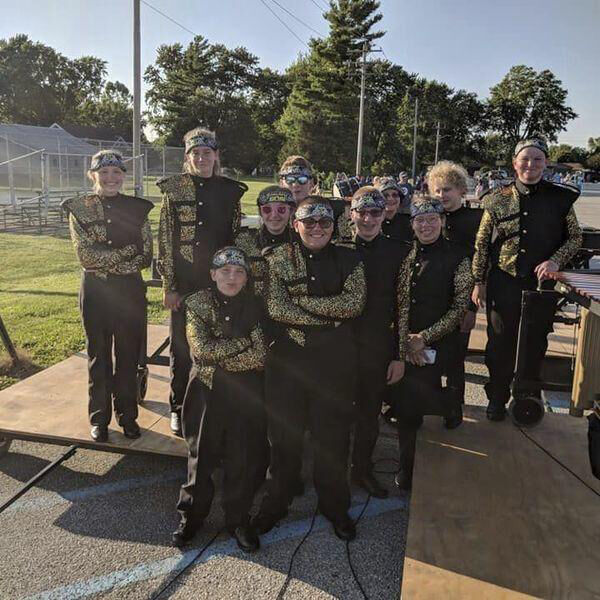 Decatur County Marching Band members ham it up, showing off their new uniforms in a 2019 shot. 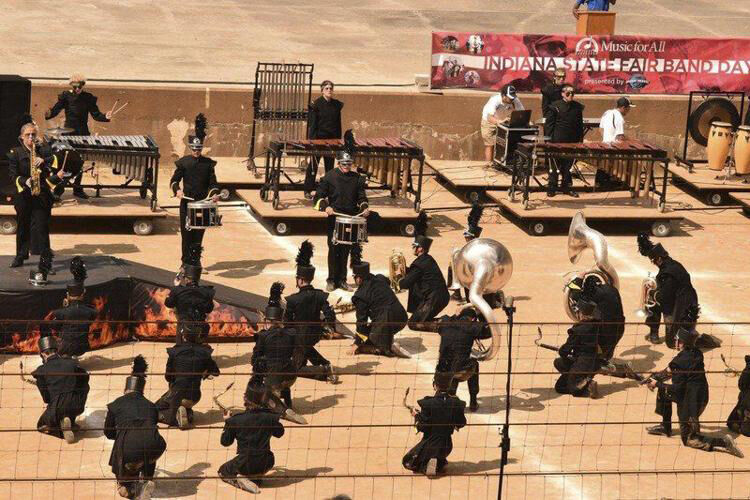 The Decatur County Marching Band at the Indiana State Fair.

The Decatur County Marching band practicing under a hot summer sun in 2018.

Decatur County Marching Band members ham it up, showing off their new uniforms in a 2019 shot.

The Decatur County Marching Band at the Indiana State Fair.

The Decatur County Marching band practicing under a hot summer sun in 2018.

GREENSBURG — The Decatur County Marching Band, now known as Decatur County Greensburg Marching Arts, or "DCGMA,"  is kicking off fundraising efforts to generate the money they need for their fourth season of competition.

In 2016, NDHS’s Band Director Jacob Crossley contacted the other band directors in the area to see if they were interested in creating a county-wide marching band.

His counterparts supported the idea, so South Decatur’s Noah Leininger, Greensburg’s Jeff Maupin, with help from Chris Crowder, Adam Ruble and Andre Williams, whipped about 45 band students into a group that had amazing success at the Indiana State fair.

Since then the program has enjoyed a good deal of success, placing well at the Indiana State Fair multiple times, but marching bands have changed over time.

“There’s so much to it nowadays that there didn’t used to be,” said Maupin. “There’s not a lot of just straight marching and playing, it’s a lot of choreography these days. The visual effects are really important to a modern show, and those cost money.”

Apparently, $30,000 is not an outlandish amount for a competitive marching band program to spend per season.

“It’s expensive to compete, but that’s not even a ridiculous amount of money in the grand scheme of things,” said Jeremiah Boes, GJHS band director.

“I kind of marched through the transition years,” said Williams. “When I started, it was a lot of drill and ... now its all choreography and color guard. It’s more like theater nowadays. A lot more props.”

Rehearsals for the DCGMA started May 3 and continue every Monday and Thursday through May. In the middle of June, the rehearsals, the choreography, the fun, the sweat, the noise and all the flash kick into high gear and doesn’t stop until the Indiana State Fair at the end of the summer.

“We’re excited. It’s the first time I’ve been with the marching band since I was hired two years ago,” said Williams. “With me being a marching type person, I am ready!”

The DCGMA Boosters support the county-wide marching band program by seeking donations, financial support and volunteer help from businesses, individuals and community organizations. A tax-deductible donation will provide opportunities for students to participate and helps the organization grow.

The yearly budget covers the cost of sheet music, drill design, staffing costs and uniforms and flags for color guard, as well as entrance fees to competitions, travel, repairs and props – all key components of an award winning season of field competition.

Donations are needed and greatly appreciated.

To support the DCGMA,  go to www.decaturcountymarchingband.org or contact them at dcgmarchingarts@gmail.com with additional questions.