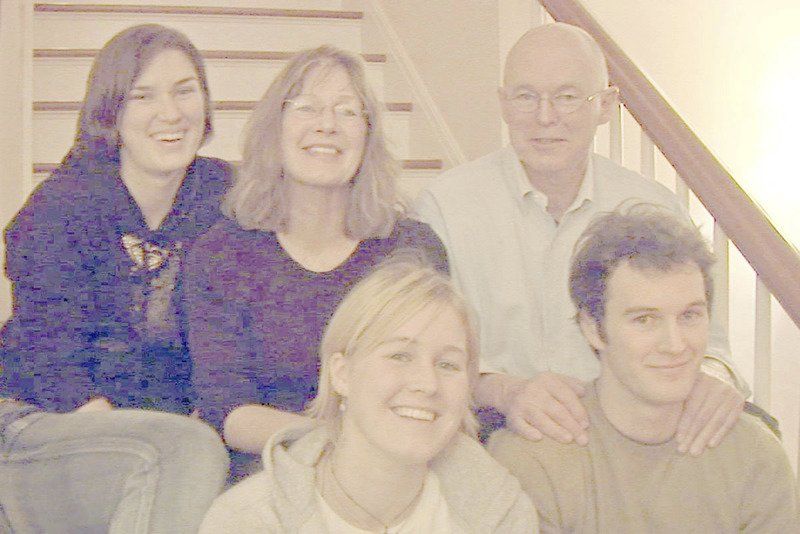 Charles and Mimi and their three children Sasha, Zoe and Charles 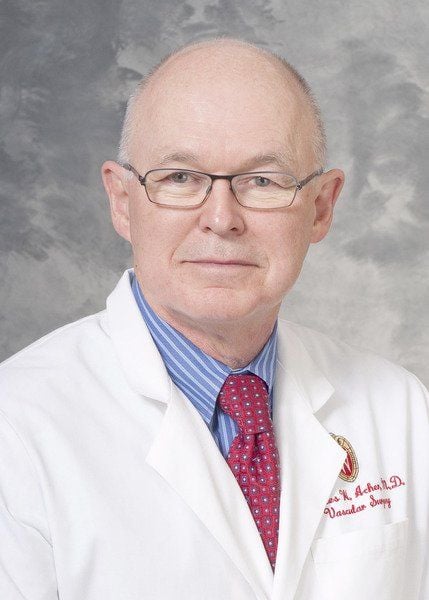 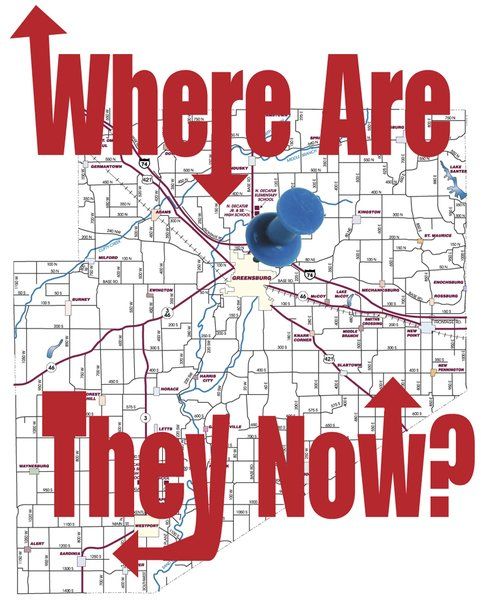 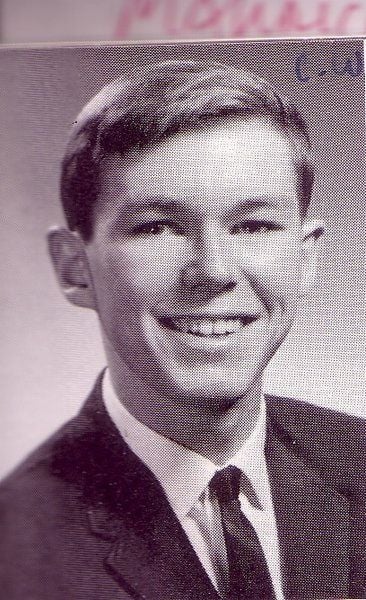 Charles and Mimi and their three children Sasha, Zoe and Charles

GREENSBURG -- Charles W. Acher, son of Dr. Robert and Betty Acher, is a 1965 graduate of Greensburg High School and played football as a freshman and sophomore until he herniated a spinal disc. He quit football and took up swimming, which he had competed in since grade school, at the YMCA with George Parks as the coach. “In high school, swimming was really a summer sport because we had no school pool back then.”

Charles (often called C.W. when he lived here) was president of the Student Council his senior year and with Rick Gommel, Sandy Link, Jackie Hoy and others, organized the Dinky 500 bike race between classes among other activities.

Charles said, “The most memorable event from high school was the National Student Council conference in Bangor, Maine in the summer of ’64. I was one of 15 delegates from Indiana chosen to represent the state and we all traveled together by train to Boston, then by bus to Bangor. It was a very chaotic and active time in the civil rights movement with passage of the Civil Rights Act that summer. I had never really experienced open bigotry and racial hatred before that trip, even though I lived in a segregated community. Greensburg, where people of color were not allowed to stay overnight within the city limits.”

On the train ride to Boston he sat with an African American female teacher from Mississippi who told him what it was like for a black American to live in the segregated south.

“It was an amazing conversation lasting into the night and left an indelible impression on me about hatred and injustice,” Charles said. “This experience was augmented at the conference in Bangor by the unbridled bigotry demonstrated by southern delegates, who openly used racial slurs during our conference in referring to black Americans. We had amazing African American delegates from Crispus Attucks High School in Indianapolis. That experience was eye-opening about my own naivety and ignorance of the outside world and shaped my views on equality for my entire life.”

The second major event he experienced was as a representative to Boys and Girls State held at Butler University that year as an introduction into human political organization.

“Quite an extraordinary experience on many levels that I could spend pages describing, but again very influential,” Charles said.  “Also, my science teachers, Keith Schafer and Larry Glore, along with my father, were very influential in my interest and pursuits in biology and chemistry. My father influenced me the most in choosing medicine as profession. I used to go on rounds with him and visit researchers he knew at IU medical center in Indianapolis.”

He said, “That was the time of Vietnam and by graduation in ‘69, the protests were in full swing. Wabash was a great place for me and I thrived there majoring in biology and minoring in chemistry. It was truly a liberal arts education. Because it was a small liberal arts school, the personal attention was awesome and I was able to participate in varsity sports [captain of the swim team] and qualify for a Great Lakes College Association summer scholarship at the University of California Santa Barbara in marine biology [summer of ‘68] along with 23 other scholars from the 12 Great Lakes College Association schools”

He applied to medical school at Indiana University (Indianapolis campus) and got early acceptance by the time of the first military draft lottery for college students in the fall of ‘68. He said medical school was exempt so he did not have to worry.

“My draft number was 305 which made it unlikely to be drafted anyway. But it was a surreal experience to sit with my friends and watch our futures pulled out of a lottery bin in the fall of ‘68. A lot of beer flowed that evening. It is difficult to explain to my children that time in our society and the antiwar sentiment that infused my generation which created really a generational clash with our parent’s generation.”

He said that became all too real when his brother was killed in Vietnam on Sept. 1, 1969. “That was my first day of medical school. Like so many other families, the pain and sadness of losing Robert is forever. I often think of Robert now and what life would have been like as we grew old together. I am sure he would also have become a physician if he had made it back from Vietnam.”

Charles said medical school was fun for him because he was finally in what he wanted to do. “My Dad paid for my undergraduate tuition but, as an adult I was expected to pay for medical school, which I did with very low or no interest loans, which were available to students back then and working all four years of school as a blood drawer, ECG technician, emergency room extern and student editor for a neurology text book. All of which paid what I considered good money and are jobs which are no longer available to medical students.”

He said those no and low interest loans are also no longer available and those loans plus those jobs allowed him to graduate with very little debt, which is impossible for today’s medical students.

“That’s quite a sad commentary on how privatization of student debt has shackled the current generation of college and advanced students with unbelievable levels of debt. It was clear in medical school that general surgery was where my interests were, so I applied for residencies in general surgery and matched to the University of Wisconsin in Madison. The residency was five years from ‘73 to ‘78.”

He soon found that residency was even more fun than medical school. “I finally had a paying job doing something I was totally interested in and had to take only one test a year. Madison was a great place to become a surgeon and when I finished, I went to England for 18 months of additional experience in gastrointestinal and vascular surgery. The last year of residency, I met my future wife, Dr. Mimi Wynn, who came to England with me and worked as an anesthetist. We went back to Madison in 1980 and I worked as an instructor in vascular surgery for two years while Mimi finished her residency in anesthesia.”

“During that time, we had our first child, Charles. After Mimi finished her residency, we went to Houston for a year to do additional training in complex aortic surgery with Dr. Stanley Crawford, who was the recognized world expert in thoracoabdominal aortic repair. It was a fascinating year (1982-83) after which we came back to the University of Wisconsin as faculty, me in vascular surgery and Mimi in cardiovascular anesthesia and we have been here every since.”

He is now a full professor in the medical school and he and Mimi have done all of their research and publications together. “Plus,” he said, “she has developed all the anesthetic protocols for the complex aortic surgery we do.”

He and Mimi have three children, all around thirty years of age (29 ,31 ,33) two girls and a boy. “The girls (Sasha and Zoe) graduated from Dartmouth in the Thayer School of Engineering and Sasha is now a third year medical student here. Zoe works in San Francisco doing epidemiology and biostatistics. Charles, the oldest, is a third year surgery resident here at the university.”

“It is great having the children in the same town with the opportunity to work with them. No grandchildren yet. Both Mimi and I plan to work for a few more years, as long as it’s fun. My recreation in life has been my children. They all did competitive alpine skiing growing up, besides their high school varsity sports (Zoe swimming, Sasha soccer and Charles cross country), and skiing is something we still do as a family.

It saddens me that my mother never got to know my children. She would have been a wonderful grandmother. I think the most satisfying thing in my work has been being able to do interesting things in an environment that has been intellectually incredibly stimulating and being able to work and raise a family with Mimi who is the best life partner I could ever hope for. Lucky me.”