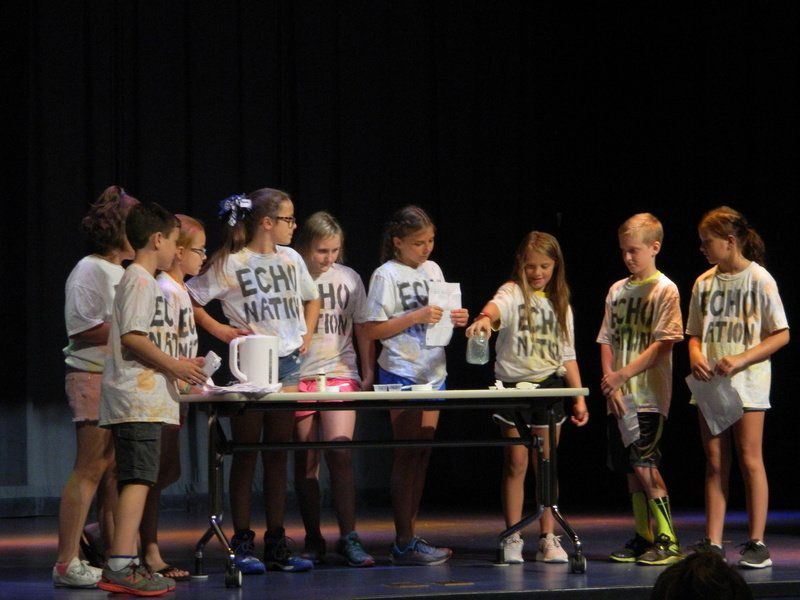 Amanda Browning | Daily NewsOn the last day of camp, students put on a showcase of skits to show what they’d learned through the week. 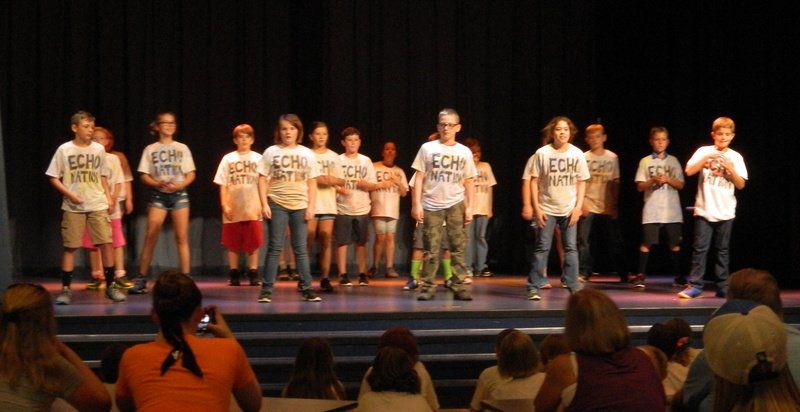 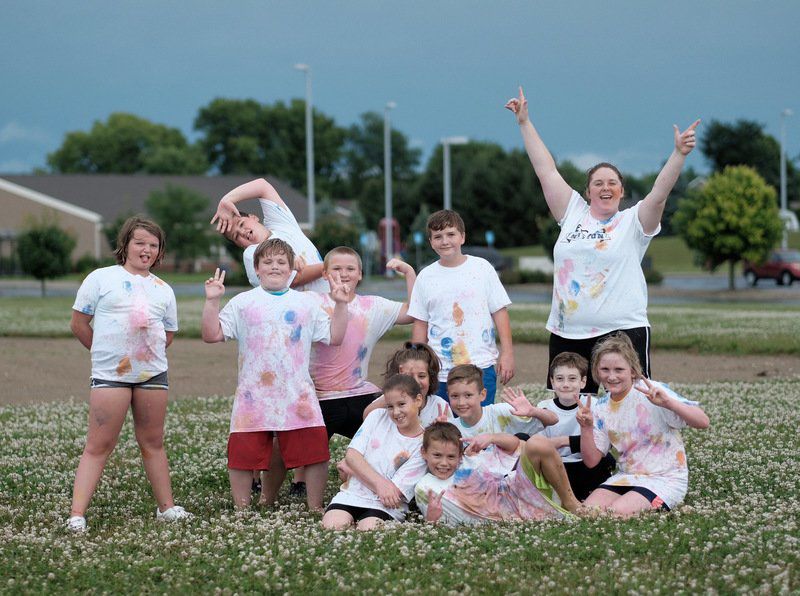 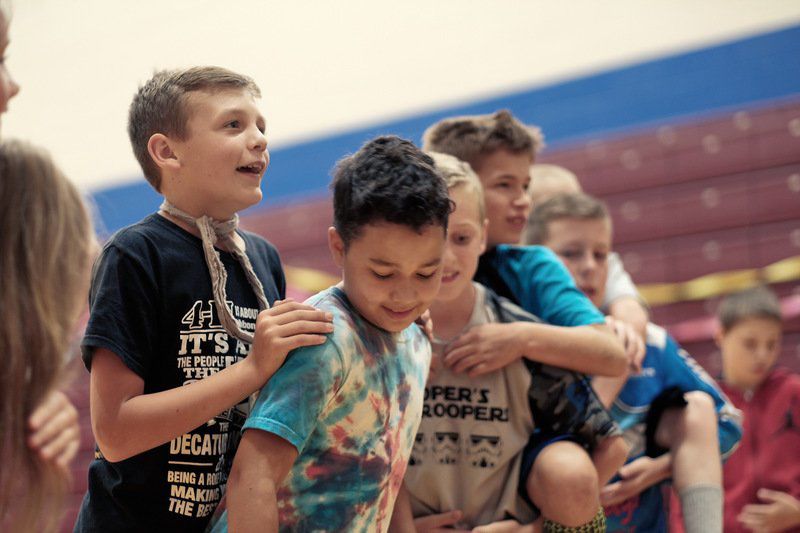 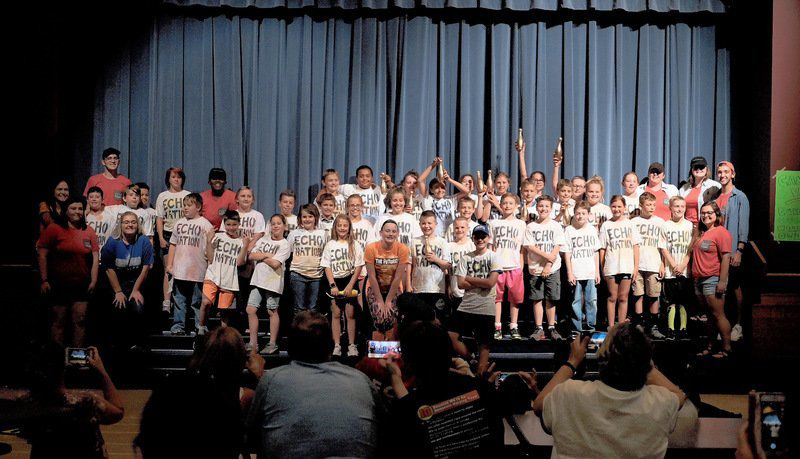 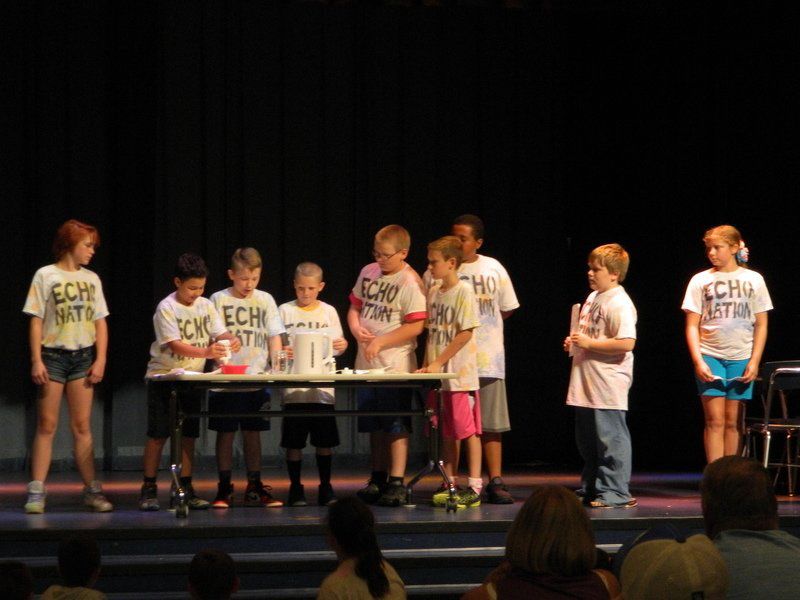 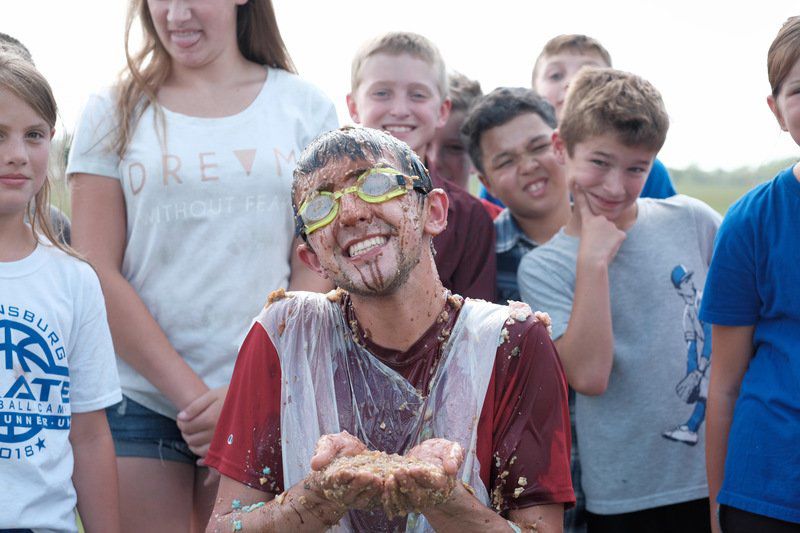 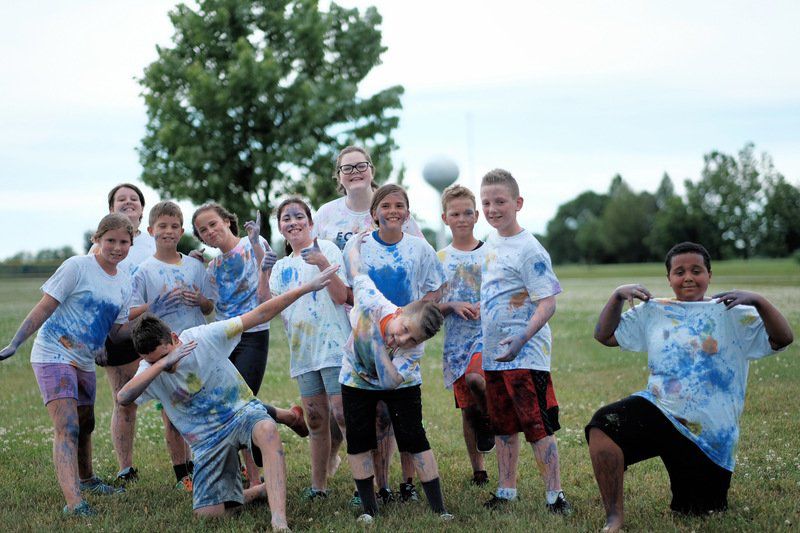 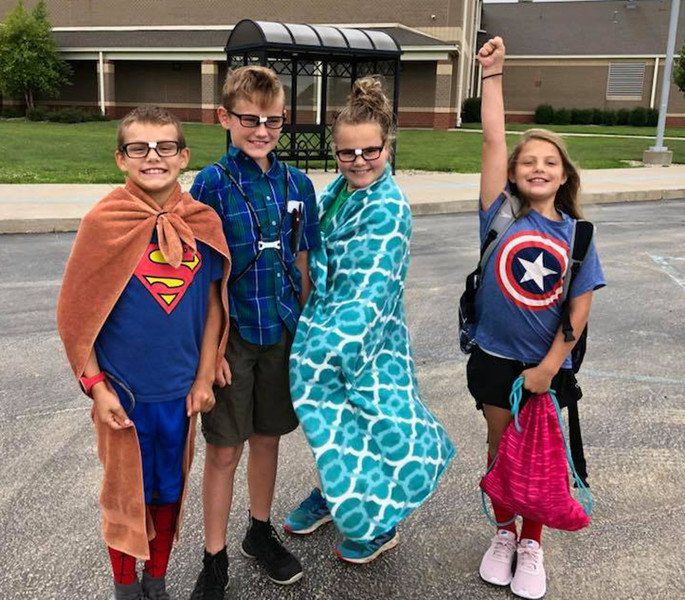 Contributed photoOn nerds vs superheroes day, most campers chose the nerd side, though some clearly chose to go as hybrid nerdy superheroes.

Amanda Browning | Daily NewsOn the last day of camp, students put on a showcase of skits to show what they’d learned through the week.

Contributed photoOn nerds vs superheroes day, most campers chose the nerd side, though some clearly chose to go as hybrid nerdy superheroes.

The week-long day camp was sponsored by the Greensburg Prevention Group (GPG), a local organization focused on promoting healthy choices for the community’s youth and working to reduce alcohol and substance abuse in Decatur County. Campers met at Greensburg Elementary School from 9 a.m. to 5 p.m. for five days, getting into their “jams” and completing the day’s activities.

The program uses students’ interests to keep them engaged and learning, while growing and building their skills.

“We are a college-aged group of leaders spread far and wide across the country who share a common lifestyle free of drugs, alcohol, and violence which we live and promote for the youth,” the ECHO Nation website states. “We work hard to set a positive example for today’s youth on various topics including leadership, team building, communication, diversity, and drug education.”

Campers worked on different activities each day, together as a team. Some days had themes as well, such as superheroes vs nerds – the nerds appear to have won, by the way.

Throughout the week, campers were split into teams, orange, yellow, green, and blue. They earned points for working as a team, communication, team building, and exhibiting leadership skills. During the end of camp showcase, it was revealed that the blue team won the points contest, going home with a golden bowling pin trophy. The orange team finished second, followed by yellow in third and green in fourth.

“Overall, this was a fantastic week. It was fun to watch the kids learn to communicate more effectively with each other,” said GPG coordinator Brad Fox. “I think that’s probably the strongest thing I saw come out of this week, the relationships between the kids and how they were able to resolve conflict, how they were able to work together to achieve a common goal. That was great. Providing this service to the community is something Greensburg Prevention Group hopes to do more often. So be on the lookout!”

Fox also extended his gratitude on behalf of the GPG to several individuals and groups responsible for making the camp such a success. He offered thanks to Greensburg Elementary School principal Mary Beth Hackman for the use of the school building and the school’s custodial staff.

“They were great to work with,” Fox said.

He also thanked the ECHO Nation staff, who he said were superb as well as Daniel Fayette of DF Media, Mike Conch of Farm Bureau for grilling for the camp on the last day and O’Mara Foods for donating the hamburger meat for the meal.

Camper Zion Ford said his favorite part of the camp was “probably the amount of support we got through all the counselors and everybody here helping us.”

Spencer Clayton said the most challenging activity was “probably trying to walk on plates with somebody on your back – with 10 people and only seven plates.” He added the coolest thing was “probably making ooblek and slime.”

Camper Carson Templeton’s favorite part of the week was “meeting the new people.”

Sheri Slaven, mother of one of the campers said, “Our son, George, didn’t want to come on the first day – tears, fighting to stay. But by the time the first day was over, it was the best day he ever had.”

When asked what he would take away from his experience at ECHO Nation, camper Cohen Thackery said, “Learning to have confidence in everybody else around you and learning it’s not just about you, it’s about everybody. You’re the leader. And if you’re the leader, you should act like the leader.”

Asked if he would suggest attending the ECHO Nation camp next year for students who were on the fence, he said, “Yes. Absolutely.”

Leslie Thackery had three children enrolled in the camp, including Cohen.

“All three of my kids are incredibly competitive, so when I enrolled them in ECHO Nation because I’d heard such great things about the Batesville camp, the intent was to teach my kids how to not be competitive against each other but have the same goal, learn how to communicate to each other and be successful at accomplishing the goal that they set,” Thackery said. “So, this week has actually helped them be able to communicate together and work on some things they just have at home without troubles or fighting. They definitely are talking to each other better and communicating better. If that’s all we get out of this whole week’s worth of camp, it’s a super win.”

Parent Emily McNulty said, “It was a fantastic camp. I feel like my son was really pushed out of his comfort zone and did things that he doesn’t typically do and for him, that was a great experience.”