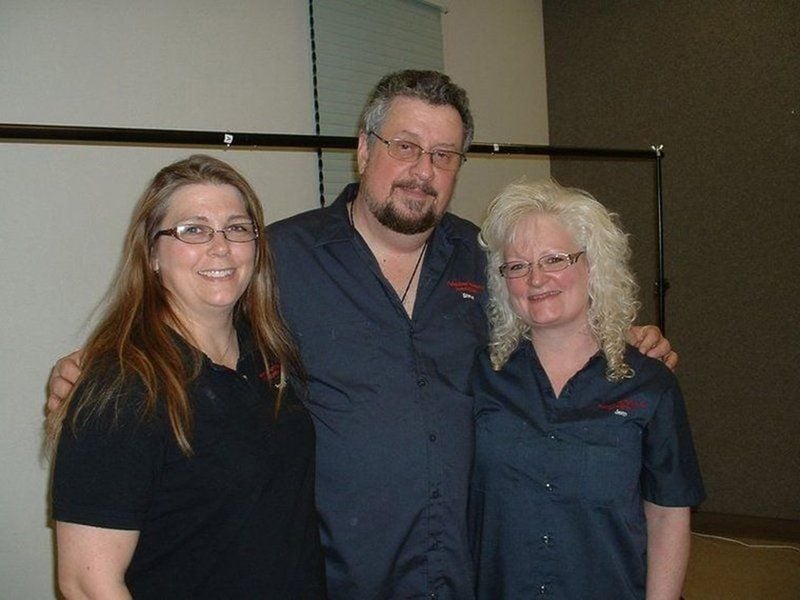 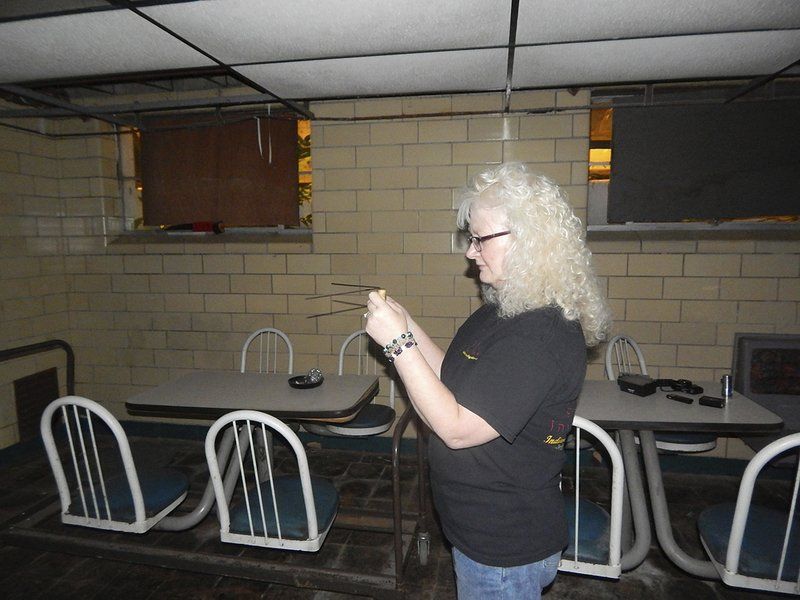 GREENSBURG – Exploring the unknown has held a lure for humans as long as there have been things to explore. For one local group, Professional Paranormal Investigations (PPI), helmed by Jennifer and Steve Hodgson, that exploration comes with an added responsibility – education.

Paranormal investigations have become a popular feature of reality television, but the Hodgsons said they are concerned that people don’t understand the dangers that can be associated with investigating the unknown. They made it clear that they were not saying anything bad about paranormal shows on television, though. In fact, they have met and are friends with many of the people featured on the shows.

Television is a very specific medium, one that necessitates a high level of action in a short period of time in order to keep viewers interested. Steve thinks this often leads to fans of the shows and amateur investigators developing a blind spot when it comes to the dangers brought on by the nature of the paranormal. He said in an average 60 minute show, only about 17 minutes of the footage shown will be from an investigation, which was filmed over about three days. He said it is easy to cut the footage down and make it look exciting, which also adds to the misconceptions about paranormal investigations.

“They [paranormal television shows] never touch on anything negative,” Steve said. “They’re starting to a little bit today, but really, most shows don’t talk about the evil that’s out there or the things that could happen to you while you’re on an investigation.”

Steve said they didn’t believe everything was evil, just that many of the entities they came across were. He said they were told spirits were simply “mischievous”.

“I don’t think spirits come back just to be mischievous,” he said. “Evil itself is not something you want to mess with.”

The Hodgsons are also worried that many of the locations featured on paranormal shows are sending people unprepared to places where they imagine evil would want to be because there is a constant source of people looking to be scared.

“If you’re evil, why wouldn’t you go where everybody is dying to come see you and have something happen?” Steve said. “All those people are so ill-prepared by the TV that we’re brainwashing them into coming to that and they need to know there’s more to it than going and asking a spirit to knock on the wall.”

Jennifer said she knows people, some of them seasoned paranormal investigators, that have been followed home by entities and seen their personal lives take rapid turns for the worse. Many times, she said this happens because they didn’t properly protect themselves.

“The evil can come home with you,” Jennifer said. “When you’re at a haunted house, the actors stay there.”

The Hodgsons and PPI have been offering a series of presentations about the paranormal at local libraries for several years now. This year’s round of presentations will be different than previous ones because they will be offering more evidence they’ve captured, as well as information about the reality of paranormal investigations and using psychic abilities.

In Decatur County, they will be at the Westport Community Building at 6 p.m. on Saturday, Oct. 17 and at the Greensburg-Decatur County Public Library at 6 p.m. on Thursday, Oct. 29. There are several other presentations scheduled for locations in surrounding counties. A complete list can be found at www.professionalparanormalinvestigations.com.

Each person attending the presentations will be given a free raffle ticket for a grand door prize that will be awarded after the final presentation on Oct. 31. The grand prize is a “Paranormal Ghost Hunters Kit” which includes a digital thermometer, digital camera, K2 meter, Frank’s Box, Grid Pen and two EMF Zone Meters. The kit is worth well over $200.

Other door prizes include signed copies of Steve’s book, “The Paranormal: Not as Seen on TV” and Jennifer’s book, “The Ups, Downs & AHA! Moments of Your Journey.” Framed, autographed photos and signed books from individuals prominent in the paranormal community, a pair of signed fiction books from a local author and PPI placemats, magnets and mousepads will also be offered as door prizes.

While the bulk of the presentations will cover the reality of paranormal investigations and the associated dangers, Jennifer will also lead a portion on psychic abilities. Both Jennifer and Steve consider themselves to be sensitives and their abilities assist them while investigating.

“We all have the abilities, you just have to work on them,” Steve said. “There are a lot of people who can feel a spirit or entity come into a room. We call it the icebox effect.”

While PPI does a large number of investigations over the course of a year, the Hodgsons said they also have many people inquiring about their own psychic abilities, seeking some sort of training. Jennifer is often sought out by people looking for help to develop their abilities, though they said that is not what they do. They seek to help others, but they do it by identifying spirits and helping homeowners find solutions.

“We call it our ministry. It’s our mission,” Steve said. “If somebody needs help, we’re going to help them if we can.”

Jennifer said people can do some things on their own if they feel there is negative presence in their home. She suggested saging a home, which is done by placing a bundle of sage in a fireproof bowl. The sage is lit and then the flame blown out so the sage produces smoke without flame. Then, a feather is used to waft the smoke around the room, making sure to get the corners.

“You start at one end of your house, the farthest part from the activity and go around the rooms, putting smoke everywhere,” Jennifer said. “You can also take little containers of salt and put them in the four corners of the room to draw in negative energy. You only have to leave them for a day or so.”

She advised those with asthma or allergies to avoid sage because the smoke can exacerbate breathing problems. Instead, Jennifer said to mix a few drops of lavender essential oil with water in a spray bottle and spray it around the house. She added that all rooms in the home need to be done, not just the ones with activity.

Jennifer said she doesn’t consider earthbound spirits to be ghosts. To her, they are like living creatures.

Steve and Jennifer said their spirituality is one of the things that sets them apart from the scores of paranormal groups that investigate claims of otherworldly happenings, as is their religion. They don’t like labels as far as religion goes, simply saying they believe in God and that is enough for them.

Jennifer said their entire approach to an investigation is different from other groups. They use the scientific approach when investigating, but she said their faith is a far more important tool to them. She said the group is made up of personal friends and they all have great chemistry. Jennifer added that with such a close group, they can trust each other completely so they know they are safe and can trust one another when someone sees or hears something.

Unlike some other investigative groups, PPI never provokes spirits because they believe it to be disrespectful. In addition, while they require homeowners to be present during investigations, they never allow children under the age of 18 to attend. Jennifer added that just a few bad groups can give the whole field a bad name.

According to Steve and Jennifer, the Crump Theatre in Columbus, the old Hartford City Jail and Thornhaven Manor are all places in Indiana where one can hold a paranormal investigation without being part of a group. Poasttown Elementary School in Ohio is another location. All of the sites require identification and for everyone involved to be over the age of 21. Some will require fees or donations and may require investigators to sign an injury waiver.

The Hodgsons and PPI believe there is a lot more to learn about the world and many questions left to be answered. They would love to hear about new locations that require investigation. If one believes they are experiencing paranormal activity and would like assistance, PPI can be reached at 812-591-2127 or at www.professionalparanormalinvestigations.com.