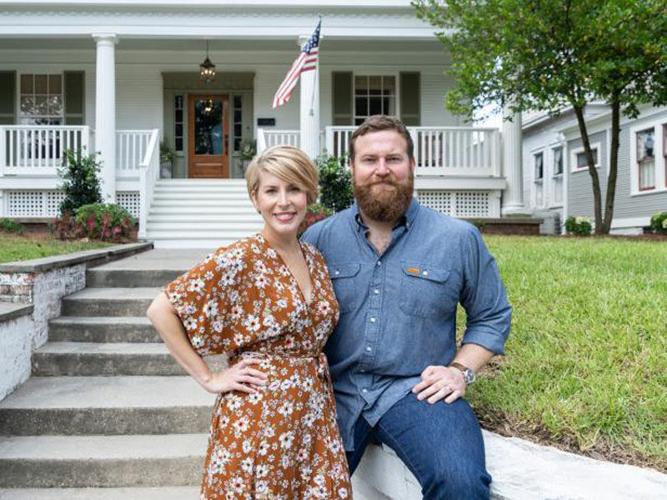 Erin and Ben Napier, hosts of HGTV’s Extreme Home Makeover series. HGTV has sponsored a contest for the nation’s small towns to enter that might afford one lucky community an “Extreme Hometown Makeover.” 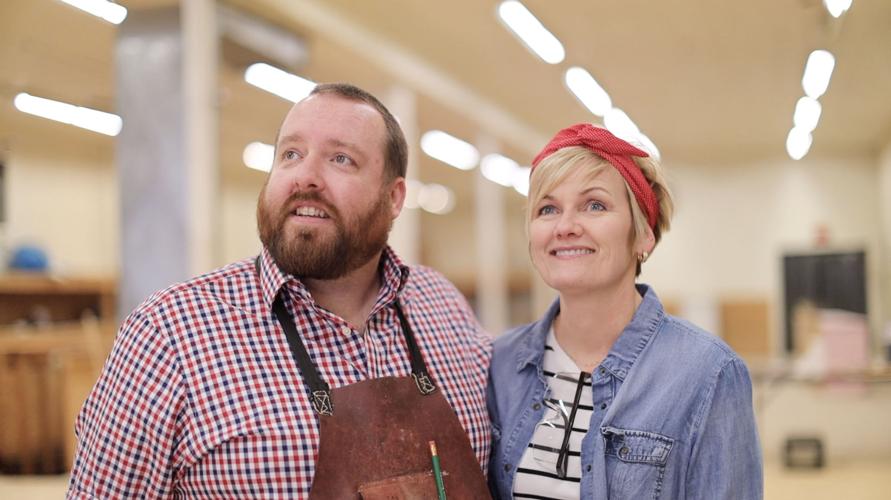 Erin and Ben Napier, hosts of HGTV’s Extreme Home Makeover series. HGTV has sponsored a contest for the nation’s small towns to enter that might afford one lucky community an “Extreme Hometown Makeover.”

GREENSBURG — In response to the HGTV network “Hometown Takeover” campaign introduced nationally in early January, staff and board members of Tourism, assisted by talented local videographer Daniel Fayette and community leaders have submitted a two and a half minute long entry video in the name of the Greensburg community.

The video, an appeal to the producers and HGTV staff to present the winning hometown with a “hometown makeover,” was reviewed recently at a lunch Rotary meeting at Decatur County Memorial Hospital.

A concert effort involving the Decatur County Visitors Center (Tourism), the Decatur County Community Foundation, the continuing Stellar Communities board, the City of Greensburg and mayor Joshua Marsh, as well as the Economic Development Corporation and the ARTistree Council all put forth considerable effort to ensure the finished product as “up to snuff.”

“I can’t imagine how many entries there will be,” said Tourism Marketing Director Erica Gunn. “I have only seen ours and Connersville’s. Theirs is five minutes long, but ours is only about two and a half. The videography for ours is very good.”

The time involved to put together such a quality product pitching Greensburg to a national broadcasting network was relatively short.

Announced in early February on their website www.hgtvhometowntakeover.com, HGTV imposed very few limitations on the contest. To be eligible for consideration, communities creating entries needed to be smaller in population then 40,000 people and their entries needed to be smaller than five GB, with all other parameters left to the towns making entry.

“There have been a lot of communities enter, because I’ve seen Knightstown, Rushville and even Batesville enter, so there’s been much interest locally,” said CNHI GDN Publisher Laura Wellborn.

Gunn said, “We’re hoping our edge is that we’re good at interacting and being interviewed on camera. We went with that angle to see if that works.”

Featuring Deiwert and local personality Susan Burkhart as Ben and Erin Napier of Extreme Home Makeover fame, the film is modeled after an imagined trailer for the television show “Hometown Makeover,” which will air for six episodes in 2021.

With newly elected Mayor Joshua Marsh, who is currently the youngest mayor in Indiana, and footage of the couple wandering through the old Third National Bank building on the south side of the square, saying, “This is incredible, and it needs a lot of work, but we can do it,” the couple explore the interiors of several buildings on the square.

Daniel Fayette explains the scope of the ARTistree district to “Erin” (Burkhart), and the DCCF’s Alex Sefton explains plans for the Christian Coffeehouse on Broadway.

Compelling footage of several buildings on the square needing TLC is finished by the couple sitting on a porch swing saying, “Stay tuned for Greensburg’s TREEmendous transformation,” and then some humorous patter between Deiwert and Burkhart to finish off the short film.

The tone of the trailer is light, and the resemblance to a national television advertisement is almost exact, thanks to the small cast and Fayette’s considerable expertise.

Unfortunately, HGTC did not announce a winner announcement date, saying the competition was “for six episodes of Hometown Makeover scheduled for 2021,” but the Daily News will detail the info when it becomes available.