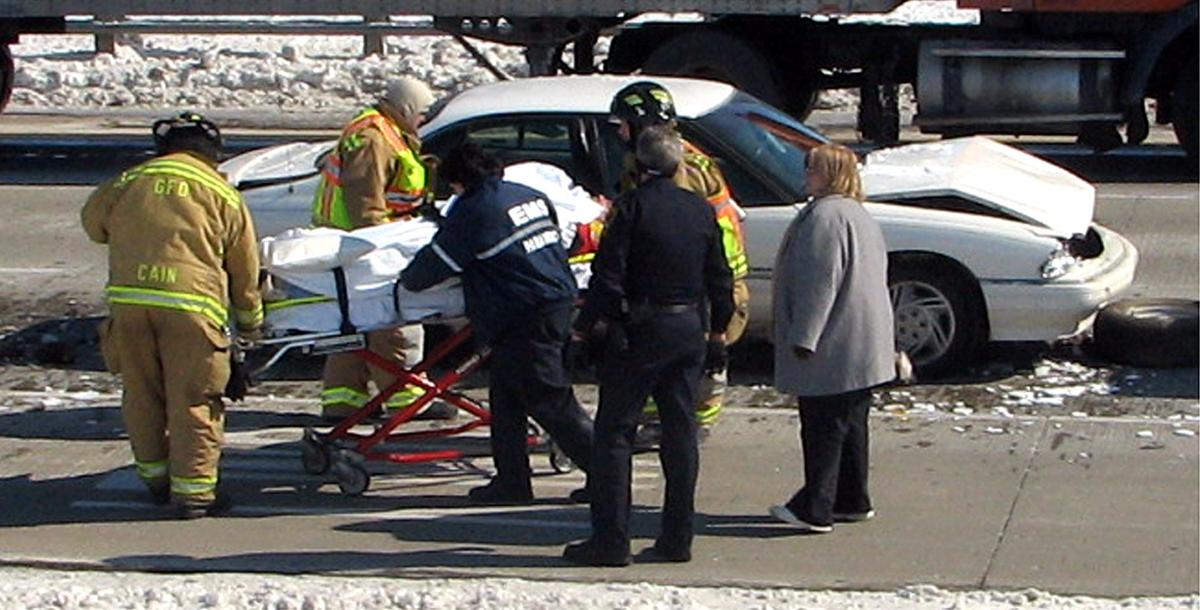 For every action, there is an equal and opposite reaction. Newton’s Law may say it best but a multi-vehicle accident in Greensburg proved it. At approximately 1:30 p.m. Friday, at the intersection of State Road 3 and Lincoln Street, the inattentiveness of one driver turned into a bad day for several more. When three cars stopped in a line at the light, a fourth southbound vehicle failed to stop setting off a chain reaction. “The driver misjudged the stopping distance and rear-ended the third car in the line,” said Greensburg Police Officer Brian Heaton. “That car rear-ended the next, which hit the next.” Somewhere in the middle of it all, Kevin Ramer’s white Pontiac Bonneville got the worst of it. At first, it appeared everyone would come out of the accident unscathed but Ramer soon started acting a bit out of sorts. “One of the other drivers said he spoke to Mr. Ramer and he just wasn’t acting right,” Heaton said. “At that point, EMS was called and found him to be dizzy and disoriented.” Ramer was transported to Decatur County Memorial Hospital by EMS, after being placed on a backboard, but was expected to be released soon after. “It appeared everyone was wearing a seatbelt and the accident was not at high-speed,” Heaton said.