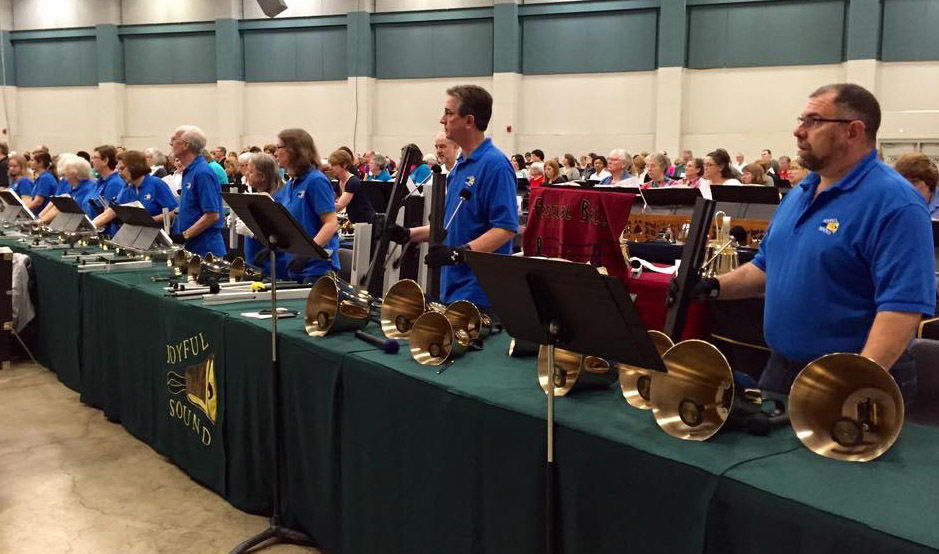 Members of Joyful Sound handbell choir at a recent festival. 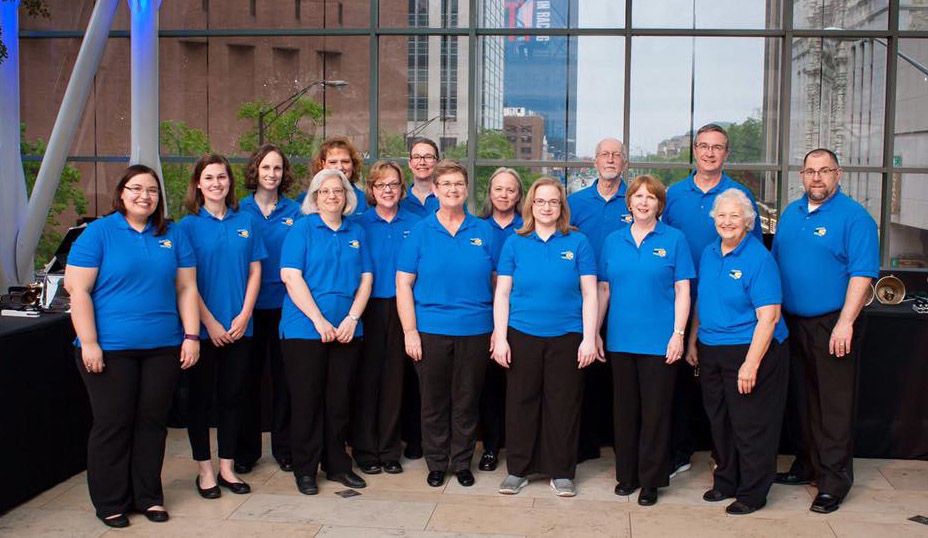 The Joyful Sound handbell choir will perform a free concert at 6:30 p.m. Dec. 7 at St. Mary’s Church in Greensburg.

Members of Joyful Sound handbell choir at a recent festival.

The Joyful Sound handbell choir will perform a free concert at 6:30 p.m. Dec. 7 at St. Mary’s Church in Greensburg.

GREENSBURG – The Joyful Sound Handbell Choir, a 14-member handbell choir based in Greenwood, will be presenting a free concert of holiday favorites at 6 p.m. Saturday, Dec. 7 at St. Mary’s Catholic Church.

The group is led by June Hannah, a transplanted New-Jersyite and impassioned “ringer” herself.

A church musician by trade, Hannah came to Indiana for her music education degree and stayed.

The Music Director at Old Bethel Methodist Church on Indy’s old east side, Hannah says that of the 13 ringer membership, six are original and the balance rang elsewhere before becoming members,.

“We are what is considered a bronze level group, which is the more difficult music, and we ring handchimes and handbells both,” she explained. “Sometimes we mix them together in songs, so that makes it challenging as well. You have to have rung bells before and audition to be in this group.”

So, this is not a “Sunday’s only” group; this is professional music.

Hannah told the Daily News that this is Joyful Sound’s busy season.

“We will play about seven concerts between now and December 21st. We play traditional carols, but we also play the Beach Boys ‘Little Saint Nick,’” she said.

A “mix of everything,” some traditional hymns and some pop tunes, fill out the group’s normal yearly repertoire.

In February, Joyful Sound spends the month in the studio recording arrangements for a publishing house.

As for musicians, that’s a pretty big deal.

“The hardest part about learning to play handbells, and handchimes for that matter, is learning the rhythms,” Hannah said. The rest is all technique, she added.

Musicians that play “regular” music are responsible for phrases in the music. Handbell players are only responsible for certain notes in all the phrases; it’s quite a different approach to playing music.

Handbells are usually brass and have a “clapper” inside. Handchimes are hand-held tuned plates that are struck with a connected clapper.

Hannah said the reason she started a community group was that she didn’t want to play only sacred music.

“For me, it’s fun to find different things that will be challenging for the group as well as interesting for the audience,” she said. “We really only play in church as a group every six weeks or so.”

The concert in St. Mary’s Sanctuary is free and open to the public.