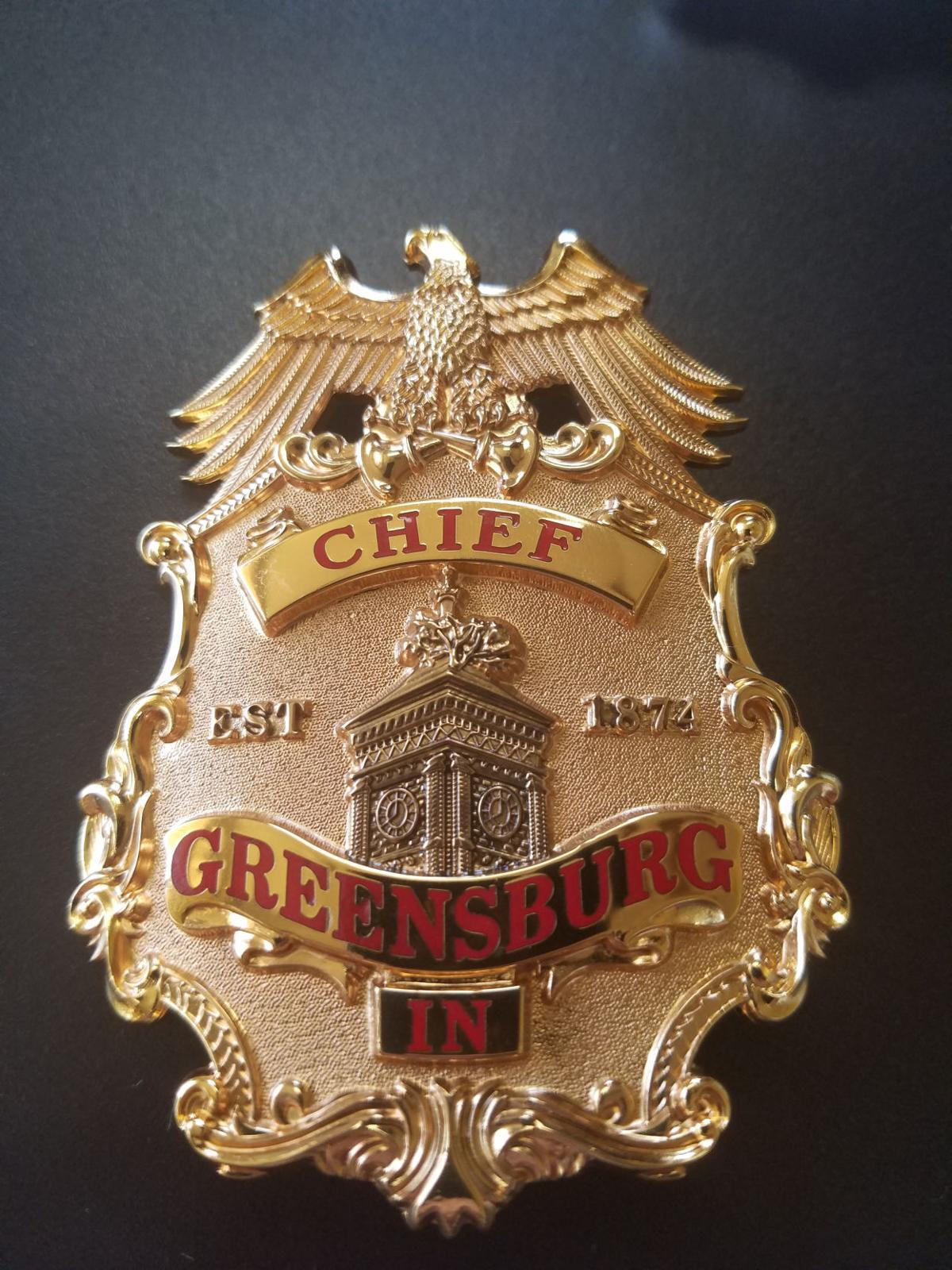 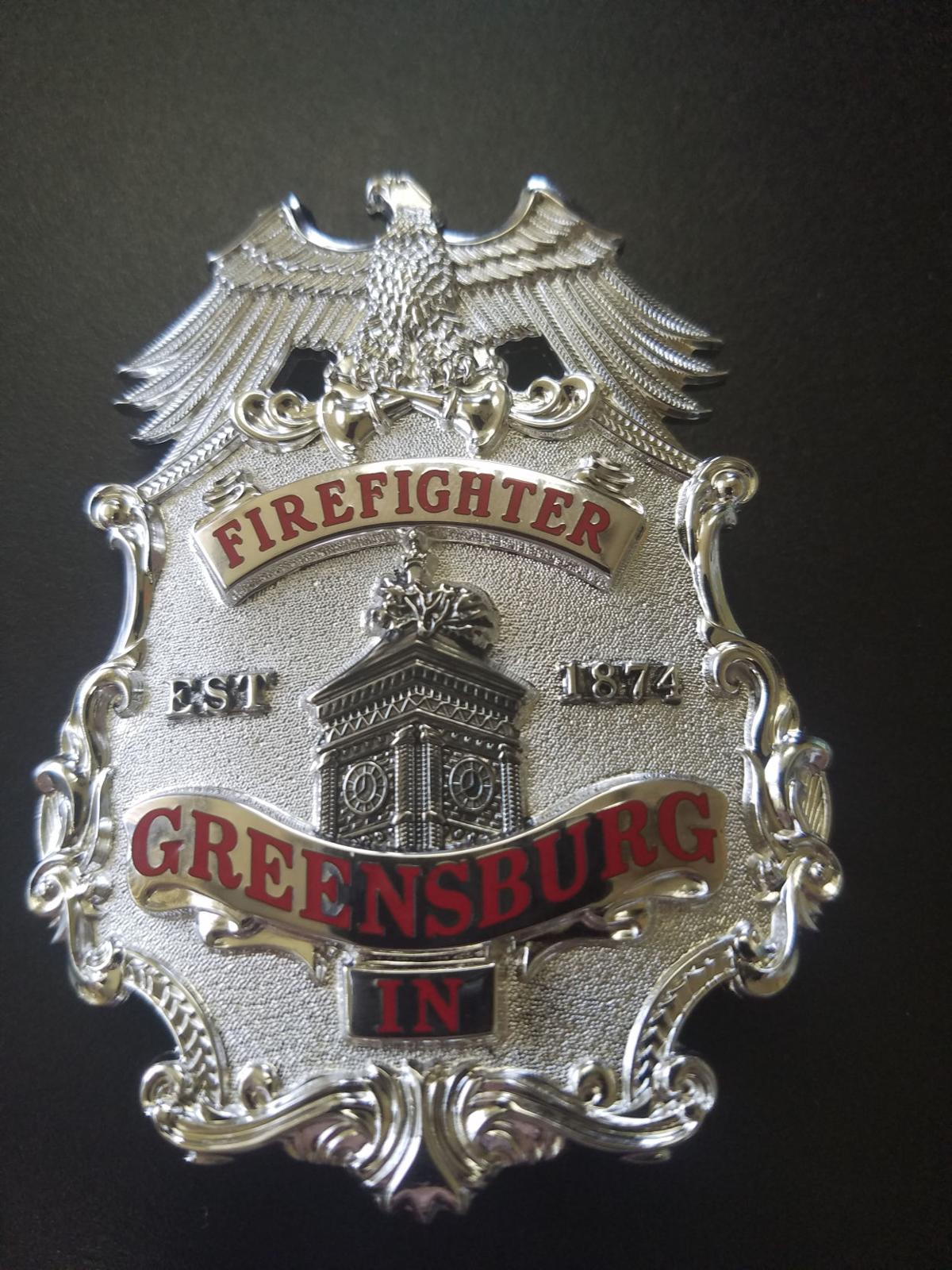 The newly redesigned silver/chrome firefighter badge in production for members of the Greensburg Fire Department. 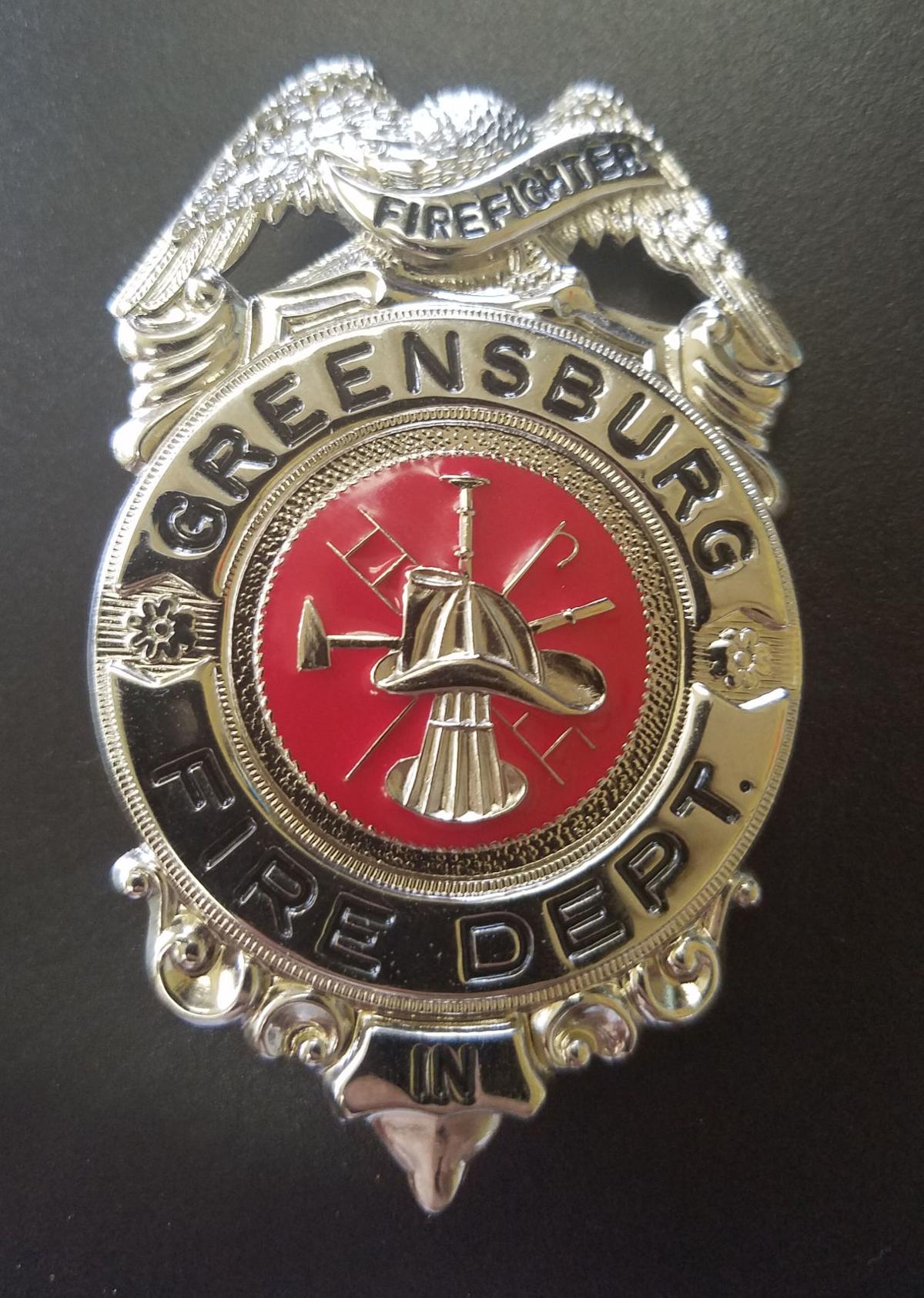 The current badge design being worn by the GFD. This design has been used for nearly 40 years.

The newly redesigned silver/chrome firefighter badge in production for members of the Greensburg Fire Department.

The current badge design being worn by the GFD. This design has been used for nearly 40 years.

“It’s kinda customary when a new chief takes the office that some changes are going to occur,” said Stoermer. “And the level of those changes is up to the chief himself. There really wasn’t a whole lot that needed to be changed here, so nothing drastic was necessary.”

Stoermer said the current design was somewhat dated after having been used for “quite some time,” and with the GFD’s 150th anniversary coming up in four years, he wanted something for Greensburg firefighters to be proud of.

Stoermer is a transplant to Decatur County. Looking for a house here has not been an easy task for him. Starting his new job with the GFD in January – right before the pandemic came on full force – he’s not had much luck as of yet finding the right place.

Born and raised in Evansville where he went to high school and community college, he joined the fire service as a paramedic in 2006 at Scott Township in Evansville. After being promoted to captain, he took an assistant chief’s job just outside of the Kansas metropolitan area.

Stoermer finished his bachelor degree in 2015 and served in Kansas as assistant chief for four years before coming to work as the local fire chief.

“Public safety is all that I know,” he said, explaining the reason for his career choice. “I started my EMT classes when I was 18 years old. I enjoy the passion it brings and being a problem solver, and cliche as it is, I enjoy helping others.”

With the difficult life of a firefighter being full of ups and downs, he said that he’s seen the worst of the worst, and the best of the best.

“I’ve been blessed to be in this career for 18 years total now, and while it has its difficulties it has a lot of good points, too,” he said.

Stoermer explained that the origins of the firefighting badge can be traced back to the 16th century when knights were given an 8-pointed Maltese cross for heroic actions in war. The cross symbolized honor, loyalty and protection, “and those are key values that the American fire service sands for today,” the chief said.

The new badge is a blend of fire service history with a Greensburg landmark, the tower tree.

“The badge shape is the shield above my office door here (at the fire station),” he said. “The eagle sitting atop the shield is clutching two speaking trumpets. Trumpets, also known as bugles, were an early means of communication on the fire scene much before radios or cell phones. Below the crossed bugles is the rank of the firefighter wearing the badge.”

Highlighted in the center is the historic tower tree.

“The design team was able to replicate the tower tree onto the badge, and that’s the highlight of our new badge,” he said.

In the center of the badge is inscribed “Est 1874,” the year the first fire department opened in the county.

“We wanted to honor our long heritage by being able to celebrate our beginnings,” he said.

Below the tower tree, “Greensburg, IN” is engraved in in bright red lettering to finish the badge. Stoermer said that the color red is symbolic to the fire service for many reasons.

“The color of flames, the color of our fire trucks, as well as symbolizing strength,” he finished.

Department personnel are expected to start wearing their new badges in September or October.