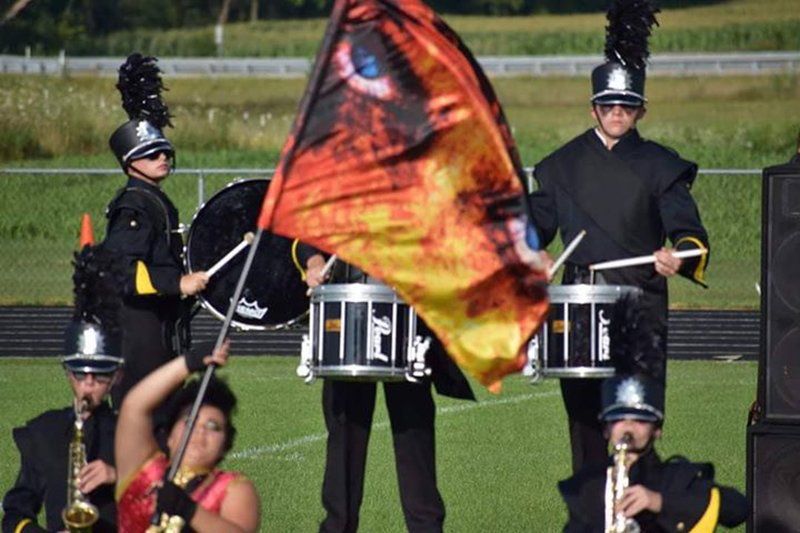 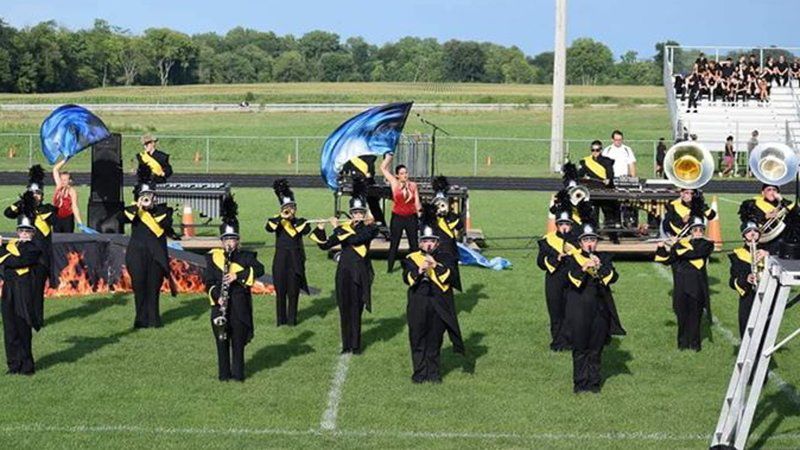 Students from all three Decatur County high schools make up the DCMB, and together they have been taking the marching band scene by storm. Today, they perform at State Fair Band Day. 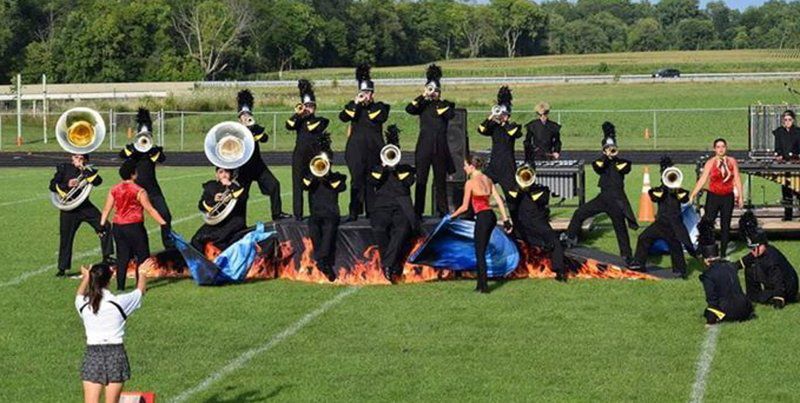 Students from all three Decatur County high schools make up the DCMB, and together they have been taking the marching band scene by storm. Today, they perform at State Fair Band Day.

GREENSBURG – The Decatur County Marching Band (DCMB), along with an army of parents and supporters, are marching toward victory today at the Indiana State Fair Band Day.

The DCMB has 58 marching members and seven students in the color guard from Greensburg, North Decatur, and South Decatur high schools, all under the tutelage of Jacob Crossley, North Decatur band teacher.

In its third year, the DCMB’s show this season is themed “Paradise Lost” and is a combination of Milton’s Paradise Lost and Dante’s Inferno. The band’s music and formations help tell the story of a man’s journey through the nine rings of Hell.

Crossley’s co-designer for the show is Chris Crowder, a University of Florida in Tampa student and one of Crossley’s former pupils from his time in Center Grove. Crowder is responsible for the visuals in the show, creating a distinctive look with backdrops, costumes, and color guard colors to represent the theme.

Also leading the band are the band teachers from South Decatur and Greensburg. Former South Decatur teacher and current Butler University graduate student Noah Leininger has been involved since the DCMB’s origin and has said, “I wouldn’t be anywhere else.” East Central teacher Audrey Cueller assists with her extensive color guard experience as well.

The DCMB’s Paradise Lost show is scheduled to perform third from the end, so Crossley said band members will have the opportunity to enjoy the state fair a bit before taking the field.

Decatur County stands behind its marchers and sends the DCMB off to the contest with luck and best wishes.

“Always be encouraging to each other and let’s all help each other continue to grow to the level we all know we can achieve!” Crossley said.