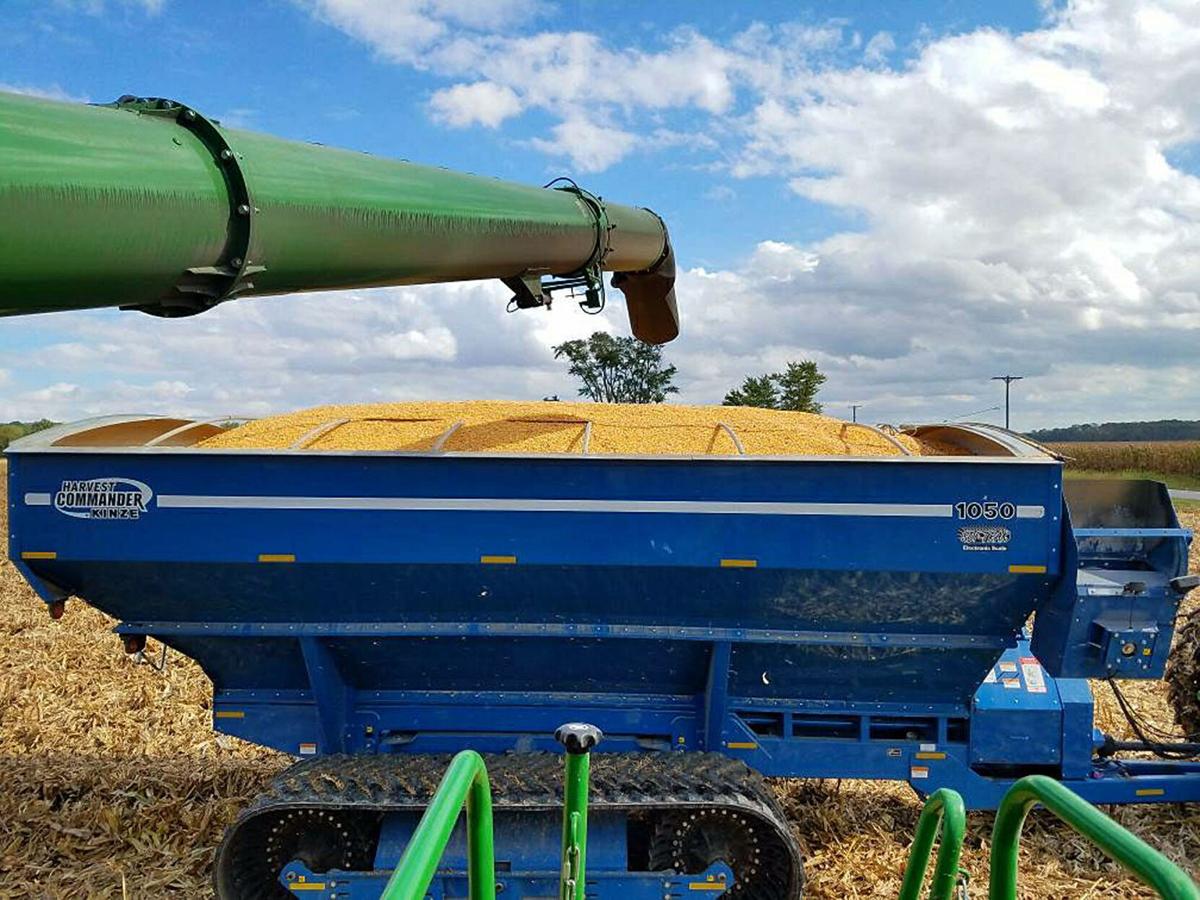 Miers Farm in Decatur County produces a variety of crops. 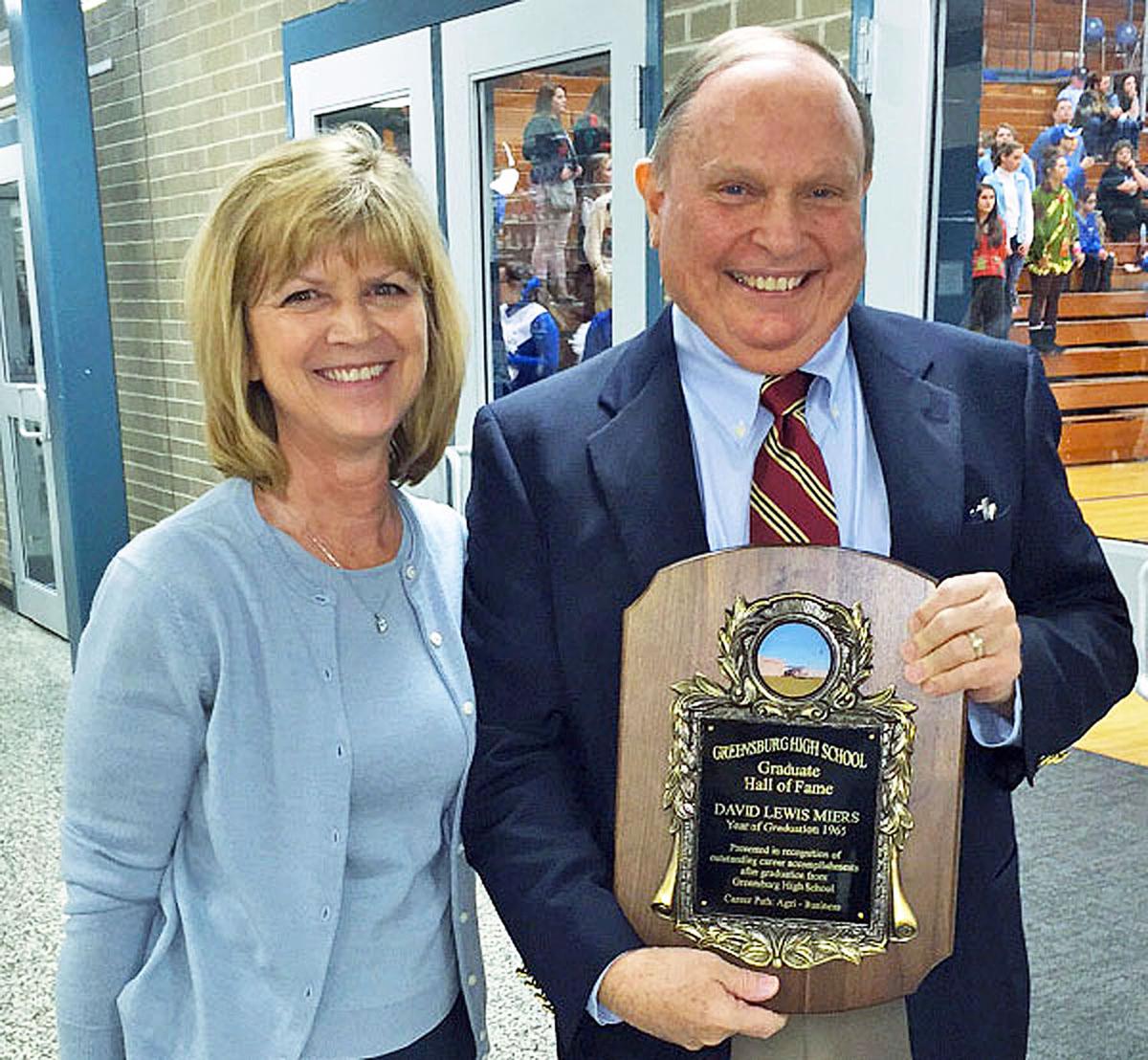 David and Mary Miers shortly after David was named to the Greensburg Community High School Hall of Fame. 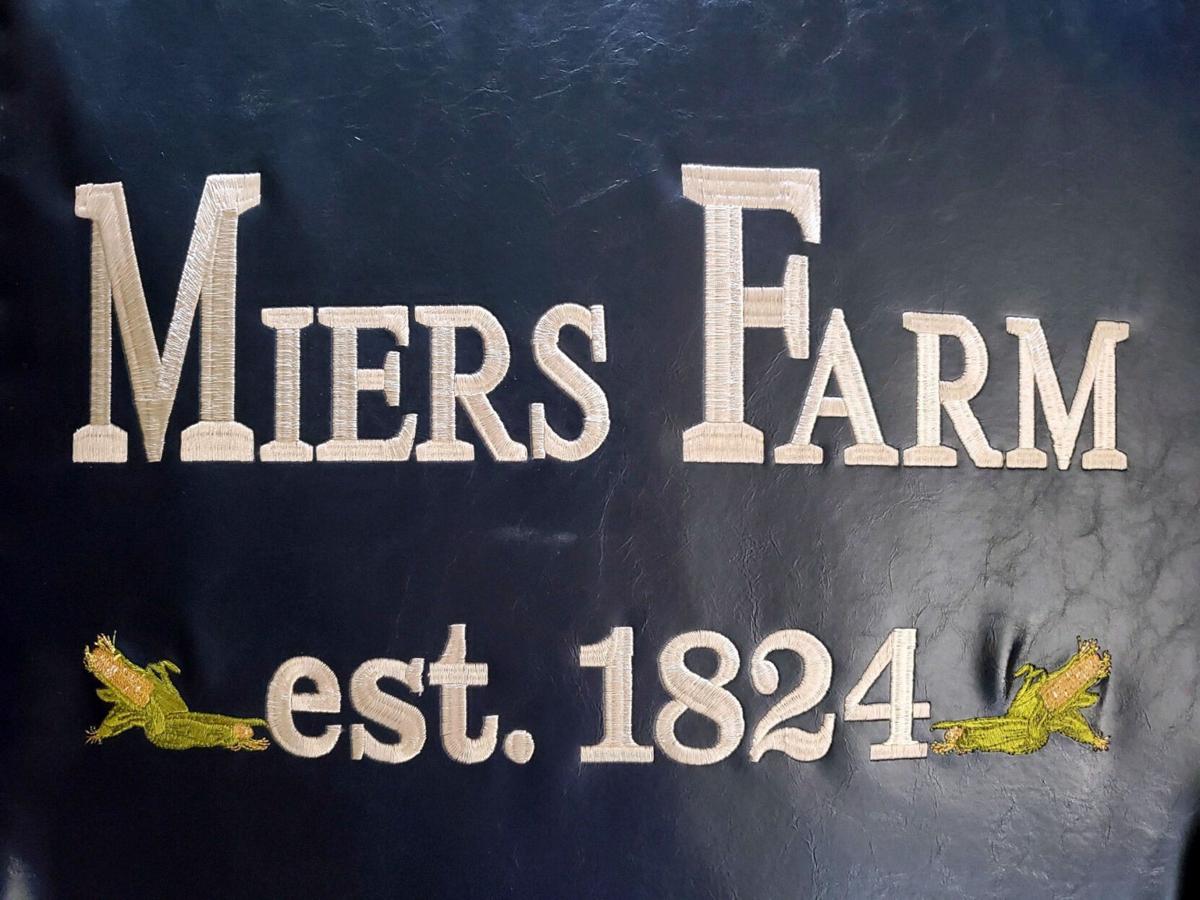 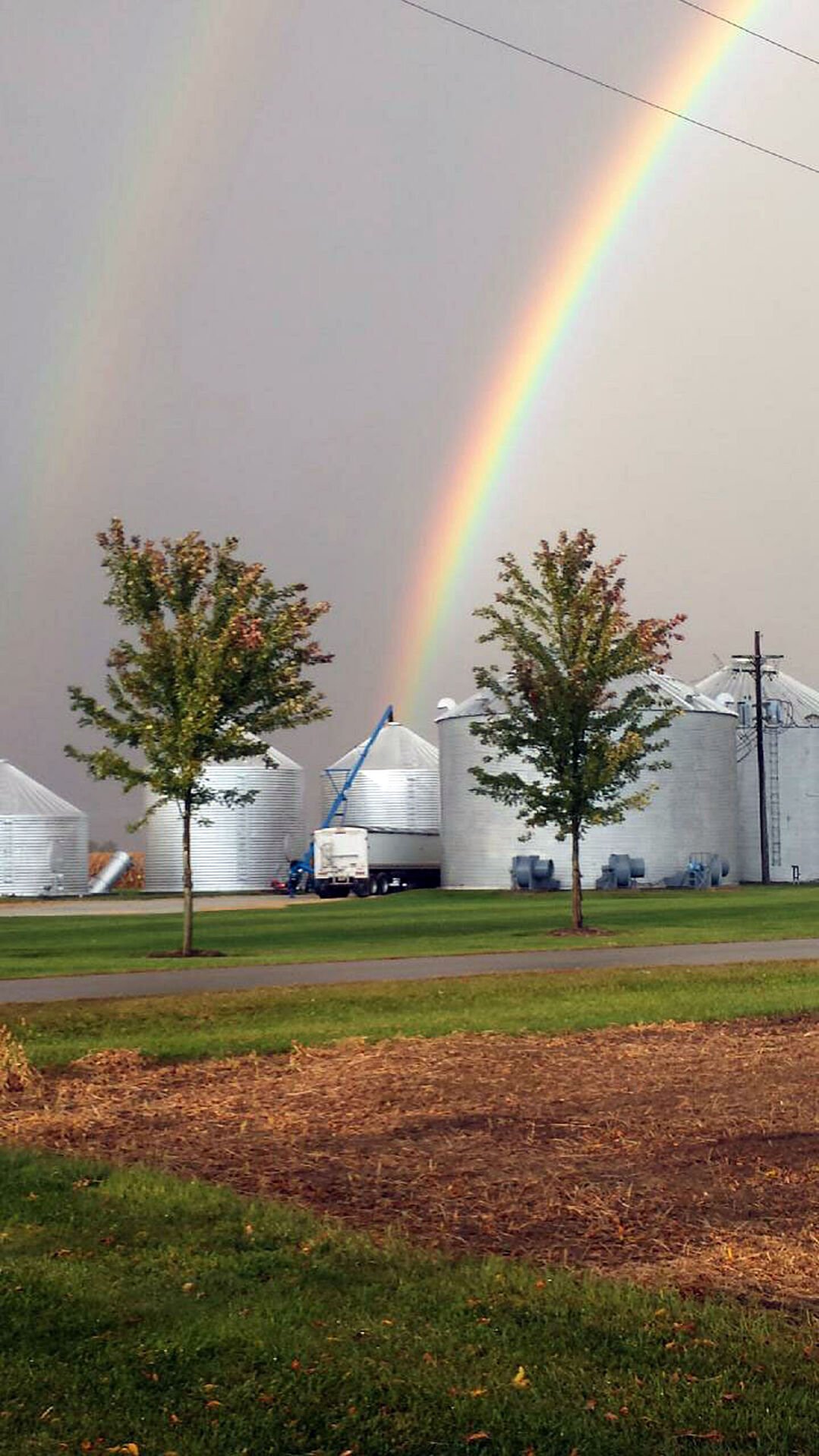 A rainbow marks the spot of an Indiana-style “pot of gold.” 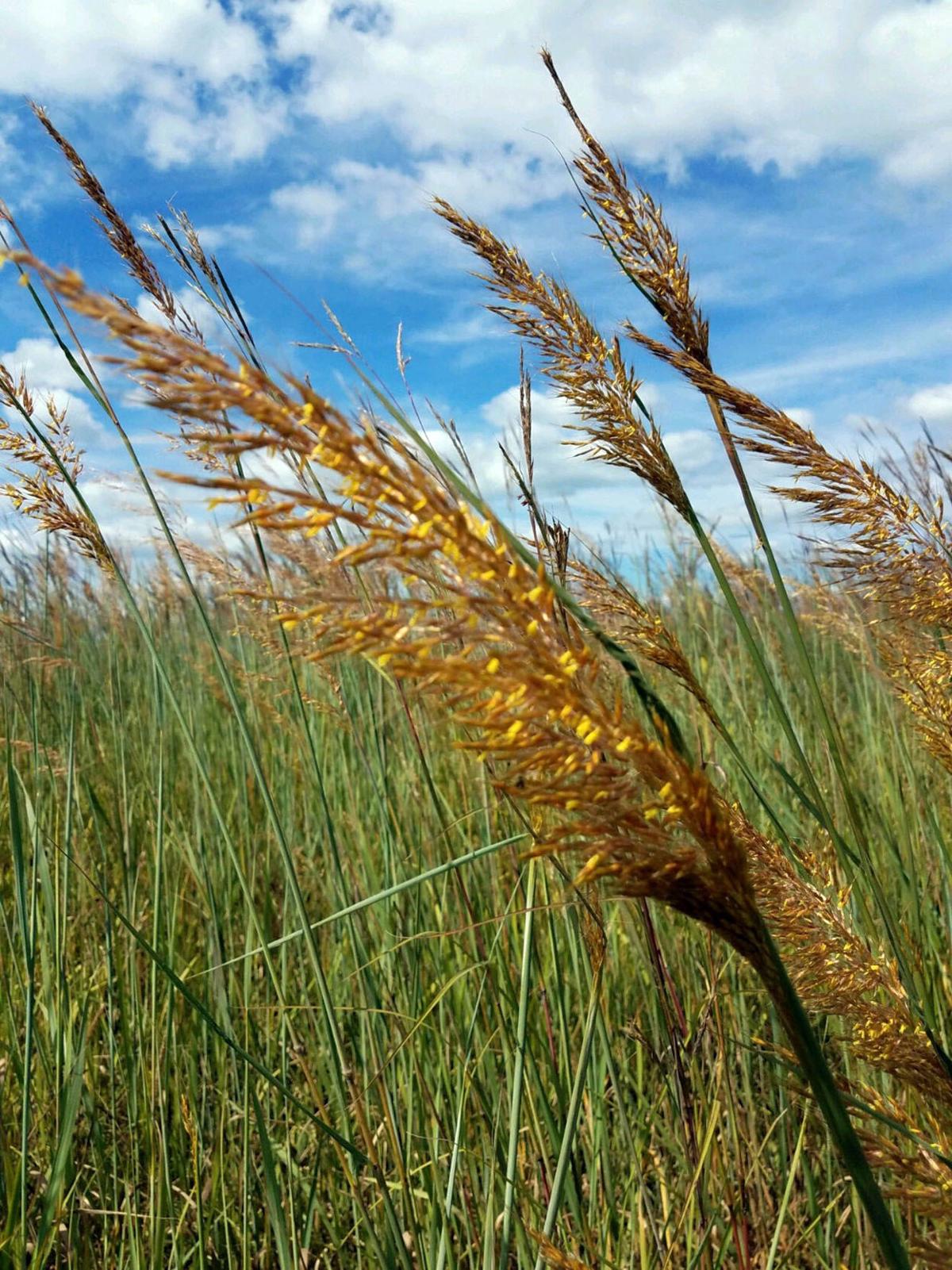 Wheat growing under a beautiful Indiana summer sky is a common sight at Miers Farm in Decatur County.

Miers Farm in Decatur County produces a variety of crops.

David and Mary Miers shortly after David was named to the Greensburg Community High School Hall of Fame.

A rainbow marks the spot of an Indiana-style “pot of gold.”

Wheat growing under a beautiful Indiana summer sky is a common sight at Miers Farm in Decatur County.

DECATUR COUNTY – “The most rewarding part of my career is making our own farm operation more productive and efficient through quickly adopting new technology,” said David Miers.

Mary and David Miers live in the house built in 1890 by David’s great-grandfather, Morgan Lewis Miers, and only Miers family have ever lived in the home.

David is a l965 graduate of Greensburg High School. After graduating from Purdue University, he served in the United States Army in Okinawa as an Executive Officer of a nuclear missile site during the Vietnam War.

Returning home, he went to work with his father on the family farm. At that time, the farm consisted of cattle, hogs, and commercial corn and soybeans, a typical farm of that era. Before long the opportunity presented itself to be a seed corn and soybean grower for Pioneer Seed Company, which over the years then led to other enterprises in the operation including trucking, detasseling, harvesting, and spraying.

Today, Miers Farm focuses on popcorn, seed wheat and beans for Pioneer, non-GMO corn, and commercial corn. David is the sixth generation of his family to work the farm.

As David stated, “Technology has had a major impact on all farming operations. But, while these new technologies have greatly increased the productivity of the farm, there are many days spent entirely in the office managing and analyzing the data these technologies present and taking advantage of opportunities as they present themselves. Because of the importance of technology in today’s agriculture, fast and reliable internet service is critical. All aspects of rural america, including education and the medical field, rely on the internet as do many parts of our society. The internet is a significant part of our lives.”

Asked about the changes in farming since he began, David said “The most obvious is the size of the equipment we farm with today, but the advanced technology in the last 25 years is something the past generation could never have imagined. The new technology affords us the ability to ensure that all the seed planted has the opportune chances for maximum productivity. Also, it should be noted that when I started farming we were hardly reliant on foreign trade. But, today, we rely on our trading partners more than ever.”

Involvement in the community has been and will always be extremely important to both David and Mary. Flexibility in his work schedule has allowed David the opportunity to give back to the community where both he and Mary have lived their entire lives. They have been involved with the local YMCA, the Decatur County Community Foundation, the Decatur County Historical Society, South Park Cemetery, the United Fund, as well as Greensburg Methodist Church and St. Mary’s Catholic Church.

Being a good steward of the land is also extremely important to both David and Mary. Their farm isn’t just about growing corn, soybeans, and wheat. They are also very proud of their 100 acres of native prairie grasses for wildlife inhabitants and the planting of 3,000 walnut trees. Also, timber sales of their wooded acres ensure continue growth of quality trees for the benefit of future generations.

David has continued his involvement through Purdue University and has always considered the Cooperative Extension Service an invaluable asset. The farm has a long history of cooperating with the NRCS office to implement programs of good stewardship.

David said, “As time has passed, I feel I will never tire of the opportunities that agriculture presents. I look forward to, and anticipate, incredible advances in agriculture technology in the future.”

Decatur County resident Pat Smith may be contacted via this publication at news@greensburgdailynews.com.

Jack Winters, age 81, of Sunman died 8-4-2020. No services will be held. www.cookrosenberger.com for more information.