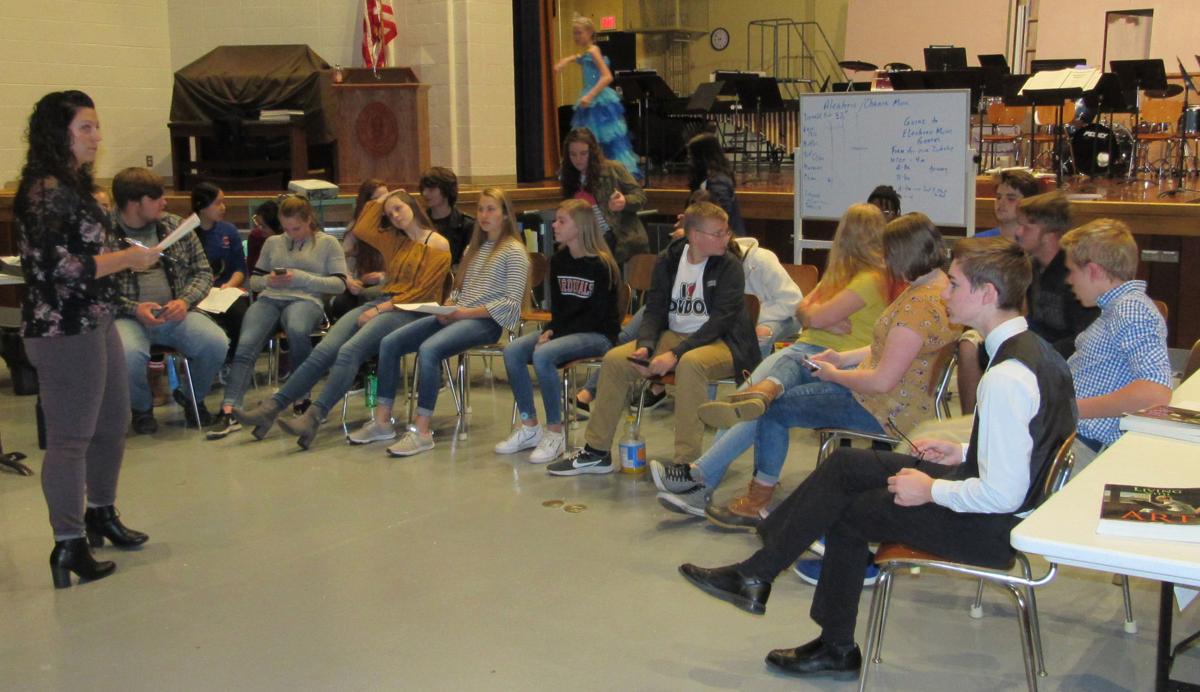 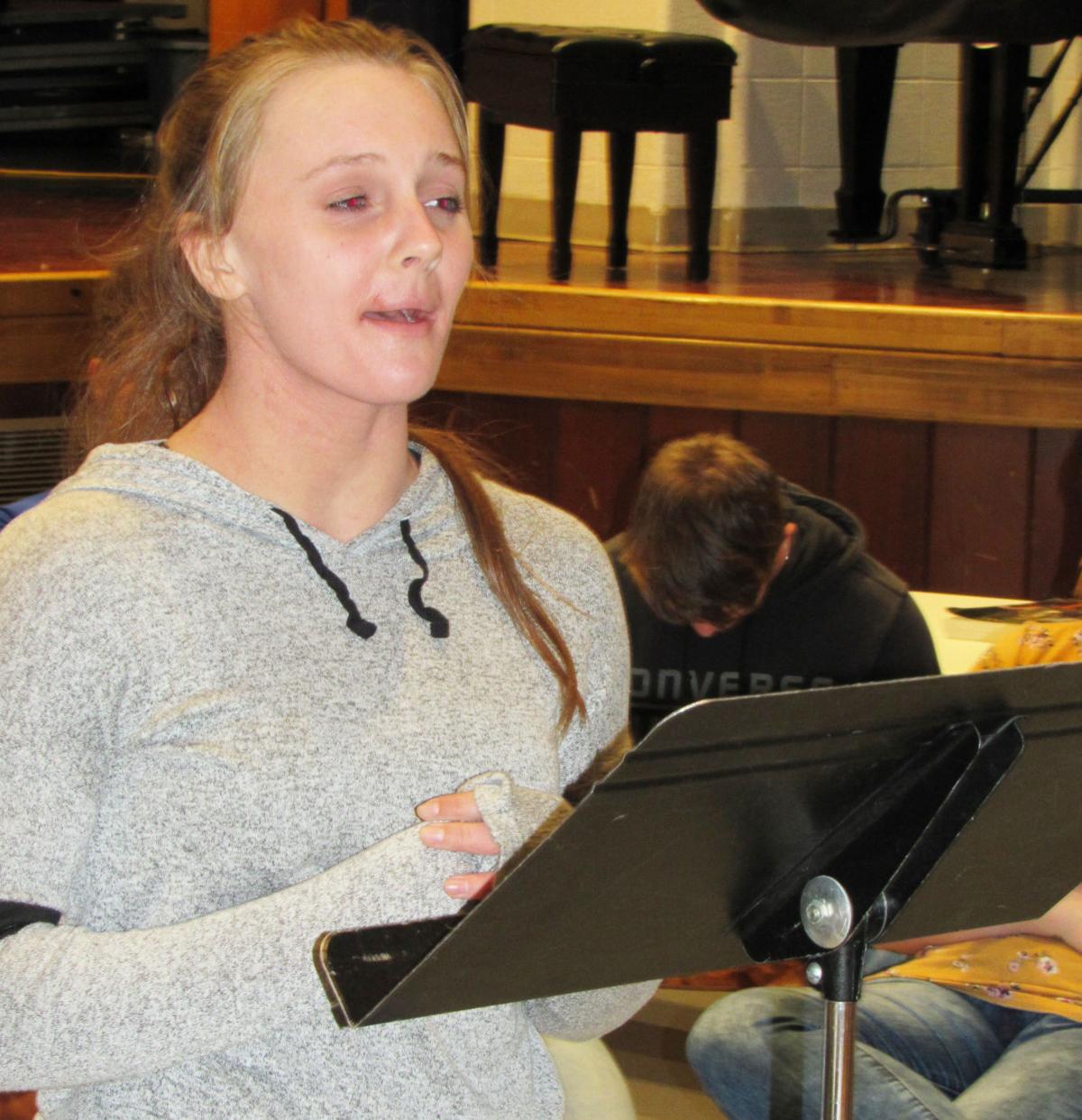 Oldenburg Academy senior Alyssa Krekeler practices her deadpan delivery during a monologue from “The Monologue Show.” 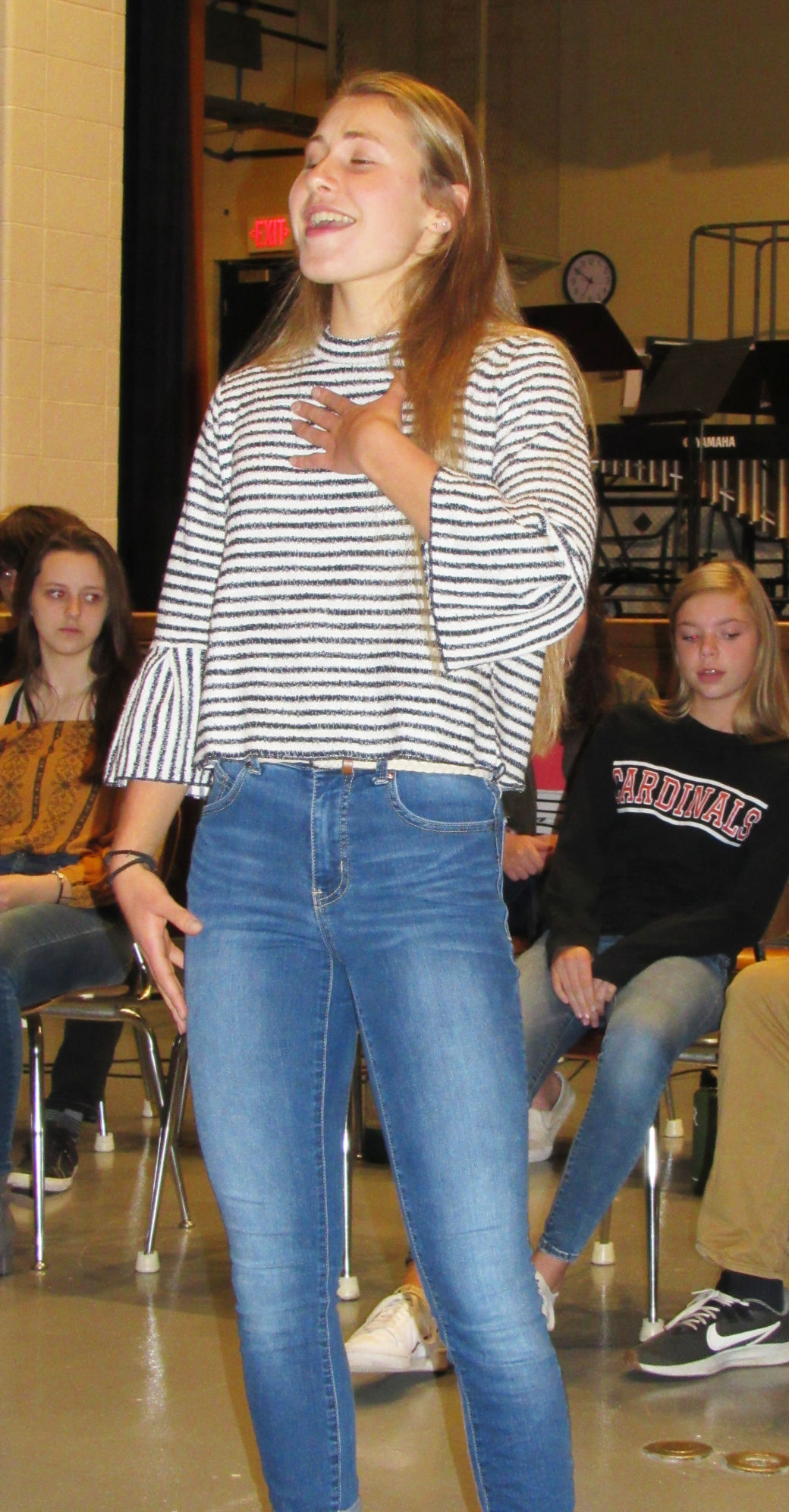 Grace Mack is full of herself in “The Monolgue Show,” coming soon to the Oldenburg Academy Auditorium stage.

Oldenburg Academy senior Alyssa Krekeler practices her deadpan delivery during a monologue from “The Monologue Show.”

Grace Mack is full of herself in “The Monolgue Show,” coming soon to the Oldenburg Academy Auditorium stage.

Adapted from “The Monologue Show from Hell,” a comedy by playwright Don Zolidis, it tells the story of Mrs. Banks’ (played by director of TMS, Hannah Geisting) drama class, which has taken three long months to prepare for their monologue show but barely a minute to throw all their plans out the window.

From the couple staging their real-life break-up to the garden-gnome thief confessing his crimes, “Monologue” is 20-some short monologues told by every member of Mrs. Banks’ class, with some presenting more than one monologue.

This 90 minute show is a hilarious look into the real (and often not-so-real) life of a teenager as told from more then 20 different viewpoints.

A departure from the typical high school comedy because of its quirky, back-handed composition, the diversity of its cast (the entire OA Drama Club) and its often unpredictable snatches of the unexpected, “Monologue” is truly funny, and a must-see for all – adults and teenagers alike!

“It’s truly a unique show because it truly is all monologues,” said Director Hannah Geisting. “That made it very easy for everyone, because they could practice anytime they want and come to rehearsal only once a week to prepare for the show.”

As an example, part of the show tells the story of two males and two females who are fighting over each other, as explained by separate monologues.

Most of the help Geisting has had to lend the actors has been concerning timing, she admits.

“They understand what’s funny, and they know they are funny, but sometimes they’re not sure where to pause – the cadence of the line for the most laughs” she said. “I show them, most of the time, because they learn visually.”

Geisting is herself a talented actress and chanteuse. She studied at Dayton University and then started her family of four children. She was away from music for about 10 years, she said.

“Then, my brother committed suicide,” she said. “That woke me up to the fact that life is about living your passions, not waiting until the ideal time.”

Since that realization, she has returned to her love of music. This is her third year as sponsor of the OA Drama Club, and she is the treasurer for Decatur County’s Tree County Players.

“I’m amazed at the talent of these students. It is a privilege to help them grow in confidence and their stage presence,” said Geisting “They come to rehearsal each day ready to try anything I ask.”

Senior Sophie Wesseler talked about why she loves to be involved with the drama club: “I love the fact that I get to act goofy, which I guess I do every day, but on stage I have more fun.”

“There’s a bond between these cast members. As a freshman and new to OA I feel like I have found my place,” freshman Erin Pottschmidt said.

Tickets are available at the Oldenburg Academy Auditorium door the night of the show and are $7 for adults and $5 for children under 18. As always, tickets are free to members of the cloth living or working at Sisters of St. Francis Monastery.

Questions can be directed to Hannah.Giesting@gmail.com or by calling the school 812-934-4440.