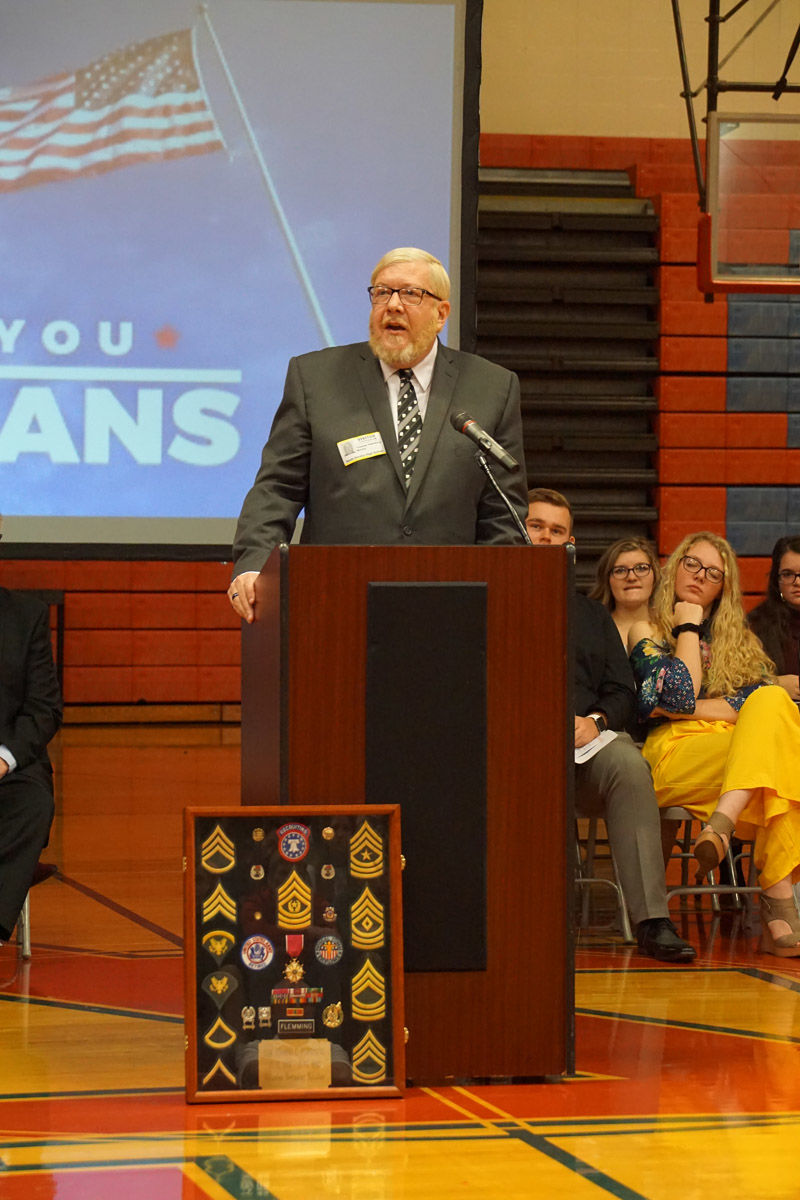 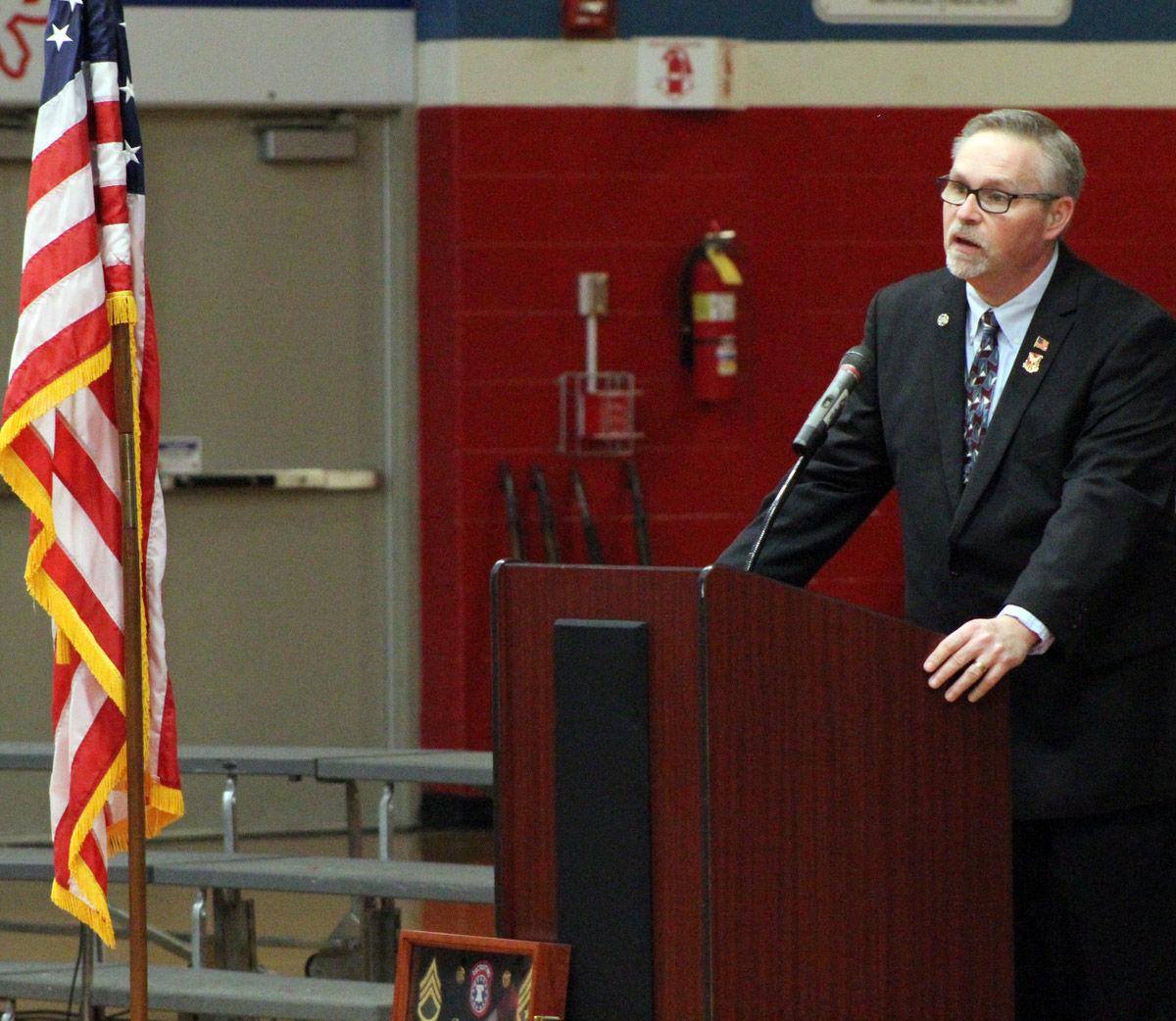 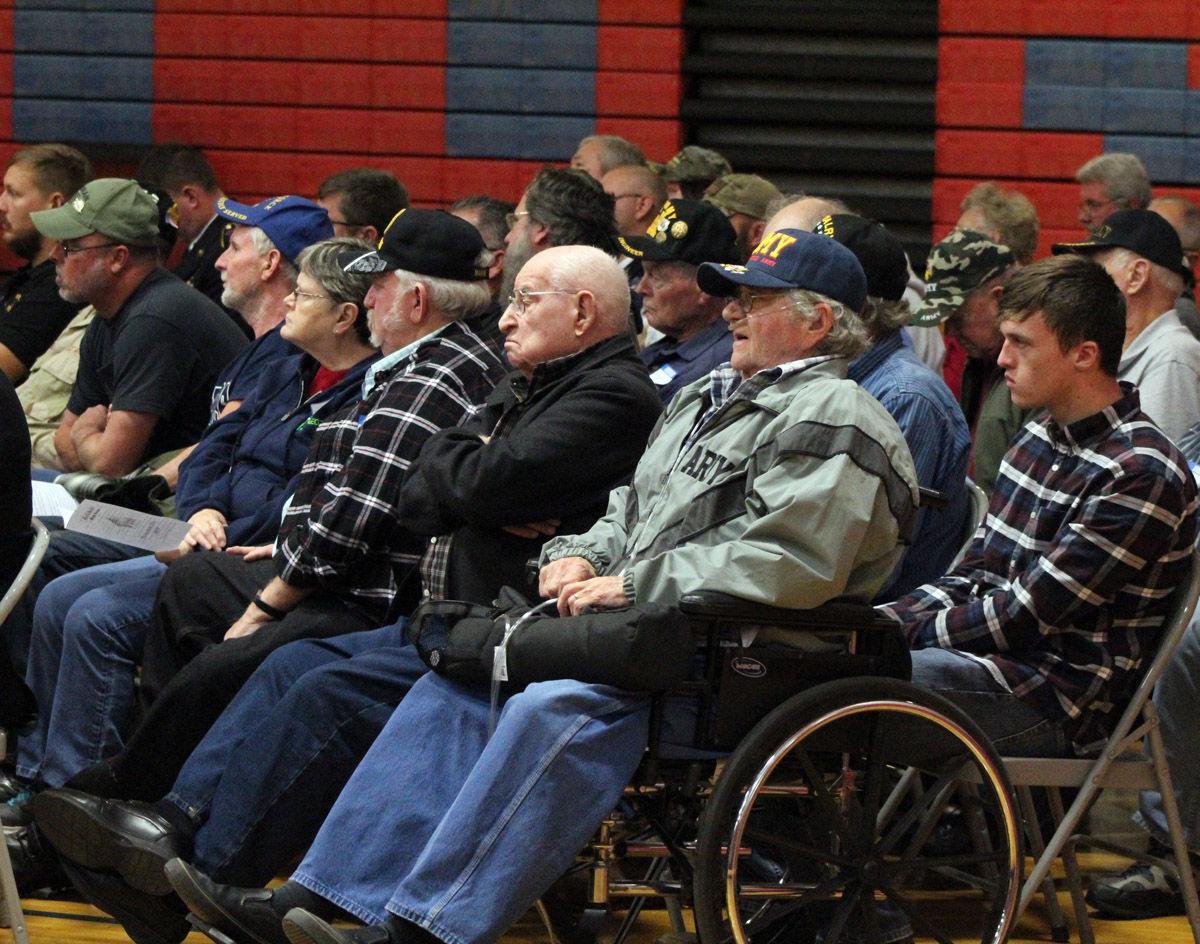 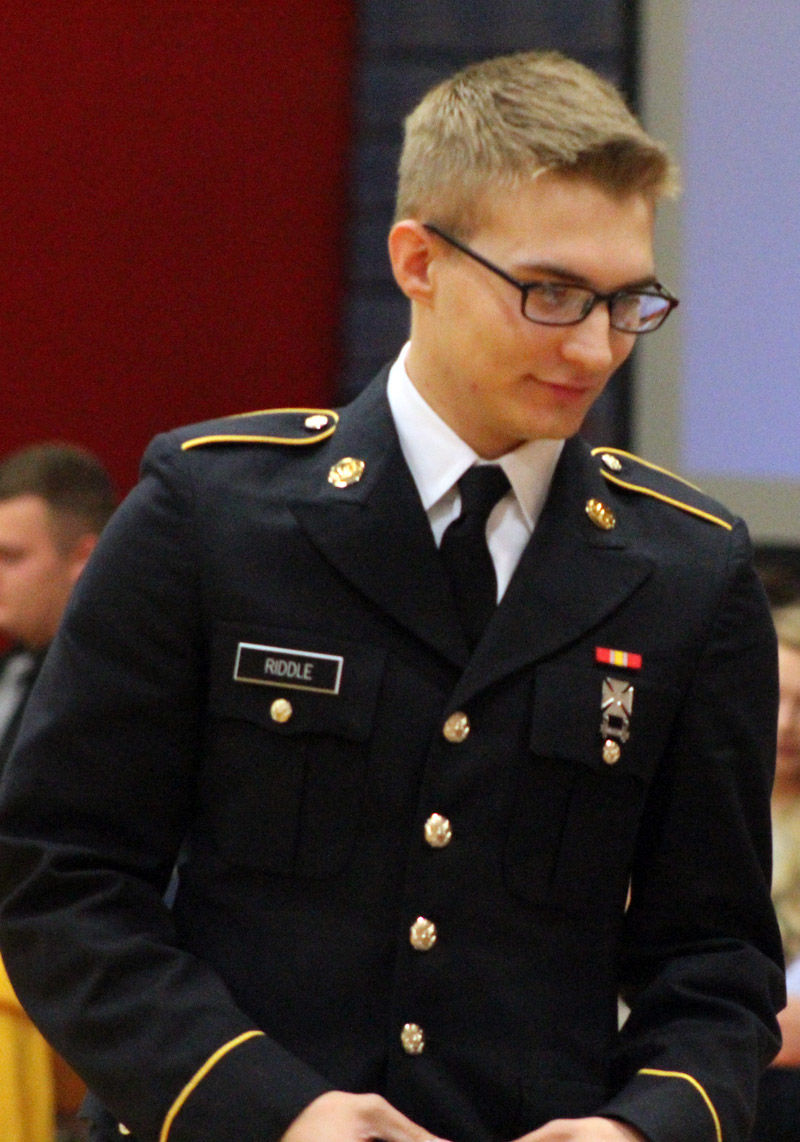 Ethan Riddle walks away to a round of applause after reciting the “Soldier’s Creed.”

Ethan Riddle walks away to a round of applause after reciting the “Soldier’s Creed.”

GREENSBURG — Every Veterans Day, North Decatur Jr./Sr. High School honors the sacrifice of those who have served in the United States military.

Monday morning’s program at NDHS featured a variety of moments dedicated to the service of the men and women who served their country.

Students began setting out their avenue of flags before dawn, followed by an 8:30 a.m. breakfast for veterans and their families hosted by the National Honor Society.

Many students participated in the event, reciting the “Pledge of Allegiance,” “So God Made a Veteran,” “Reflections on a Veteran,” “The Nobel and the Brave,” “The Best on Earth,” “Soldier’s Creed,” and more.

The student who recited the “Soldier’s Creed,” Ethan Riddle, will enter the military full-time following his high school graduation.

This year’s guest speaker was Thomas Flemming, a retired U.S. Army Command Sgt. Major. Flemming is also known around the community for his work at local radio station WTRE.

“I’ve been to the event for several years and they just continue to make it even better each time,” Flemming said. “Very proud of my alma mater for honoring veterans the way they do. It was a privilege to be asked to be part of the event and represent our local veterans.”

The ceremony also featured a moment to remember POWs and those listed as Missing In Action.

The Department of Veterans Affairs offers a brief history of Veterans Day in the United States, stating, “World War I – known at the time as ‘The Great War’ – officially ended when the Treaty of Versailles was signed on June 28, 1919, in the Palace of Versailles outside the town of Versailles, France.

“However, fighting ceased seven months earlier when an armistice or temporary cessation of hostilities, between the Allied nations and Germany went into effect on the eleventh hour of the eleventh day of the eleventh month. For that reason, Nov. 11, 1918, is generally regarded as the end of ‘the war to end all wars.’”

Eventually, President Wilson proclaimed Nov. 11 as the first commemoration of Armistice Day in 1919. Nov. 11 of each year became a legal holiday in 1938.

Decades later, after a few changes, President Gerald R. Ford signed Public Law 94-97 (89 Stat. 479), which returned the annual observance of Veterans Day to its original date of Nov. 11, beginning in 1978, according to the Department of Veterans Affairs.