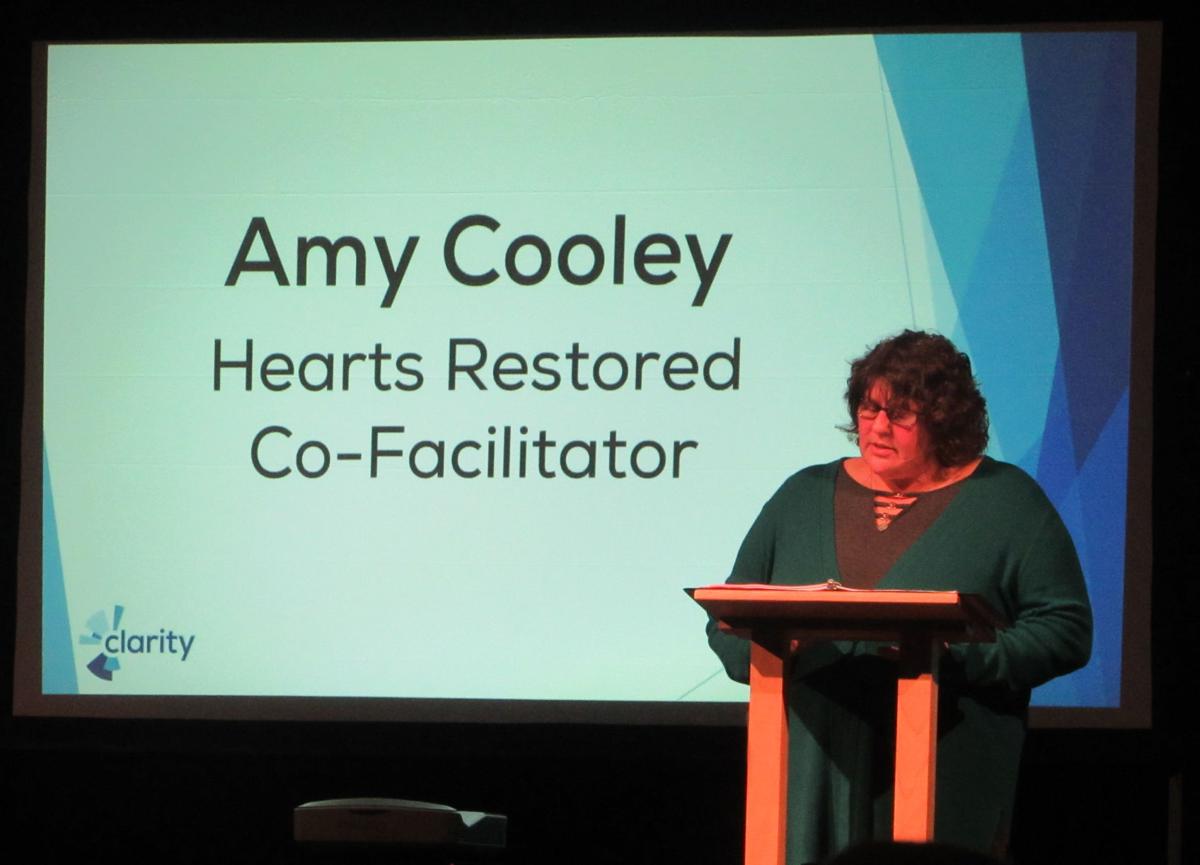 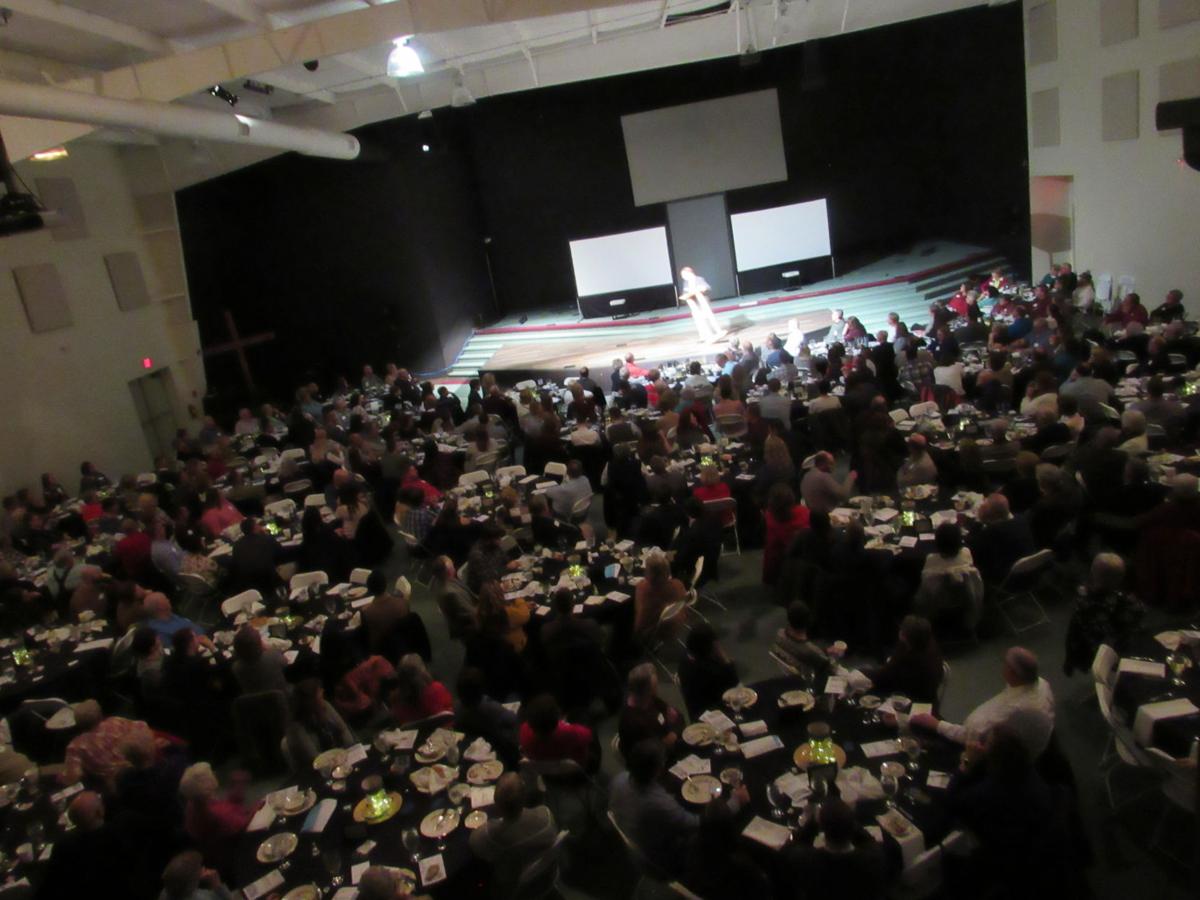 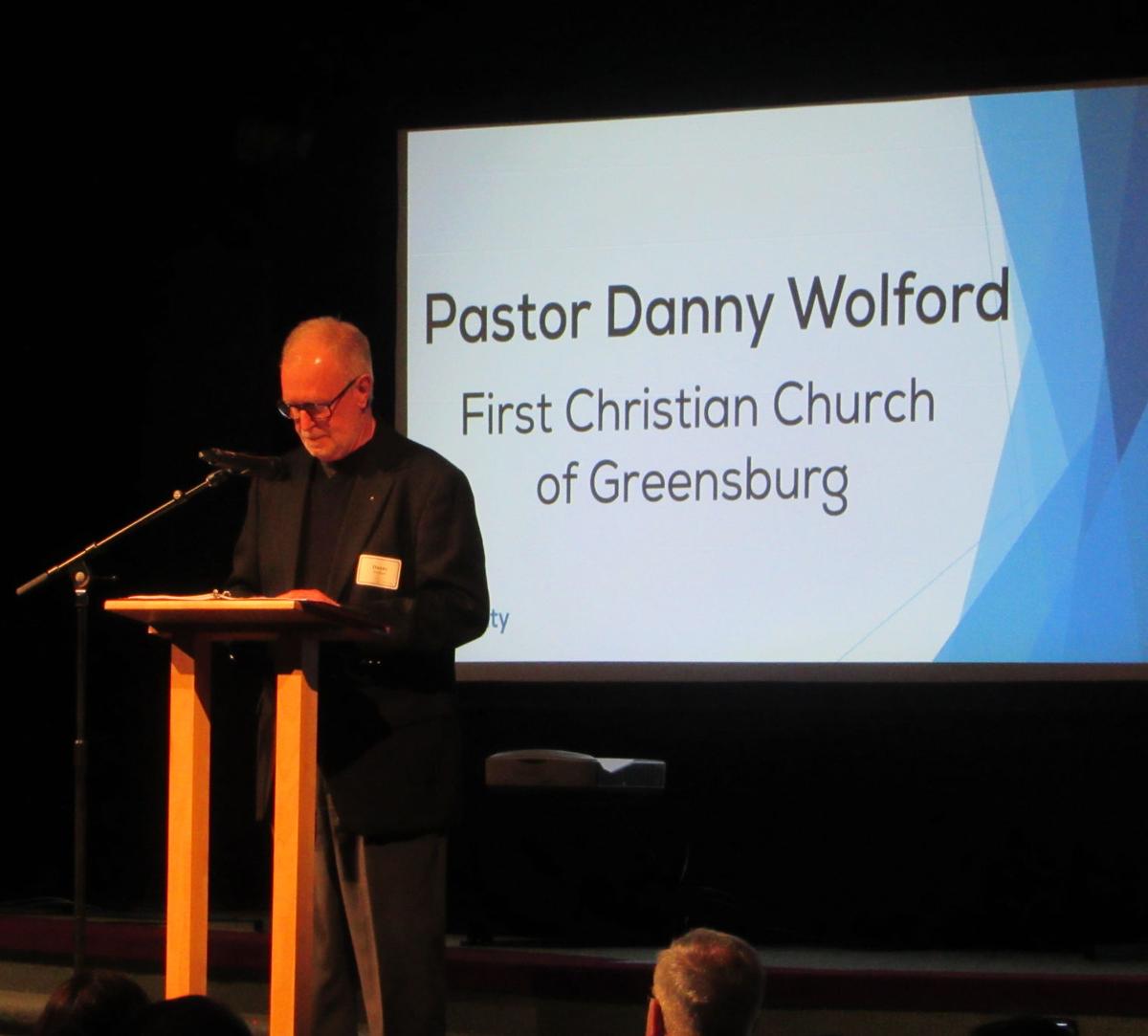 “Either you’re here to hear about Clarity or you’re here because you couldn’t tell someone ‘no,’” Bond joked after the meal was served and dishes were being cleared away. “But our real hope is to bring clarity to some serious, vital issues that aren’t addressed in public very often.”

Bond spoke about a foundation of the Clarity organization being that every single life is valued and celebrated as a gift from God. He spoke briefly about the beginning of Clarity over 40 years ago in Columbus, explaining the mission of the multi-location not-for-profit pregnancy clinic.

“It’s been a privilege teaching so many about the importance of life in the womb while teaching parents, mothers and fathers about their own value,” he said. “Never has Clarity been the one to point the finger of judgement at anyone, but simply to inspire everyone within the sound of our voices to overcome the pain that results from life altering realities.”

Bond described the organization’s roots and the subsequent branching out of their ministries to junior and high school students, teaching them “their inherent value,” and not just “don’t have sex.”

He read a few testimonies from past clients, saying, “Those are victories, my friends, that is what we are all about...”

Finishing his roughly 10 minute summation of Clarity accomplishments for 2019, he prefaced the main presentation of the evening saying, “This is one woman’s true story.”

A truthful but often difficult to watch triple screen presentation told the story of a young woman whose life choices led her to alcohol, wanton sex, and abortion.

The subject of the “shadow-play” format narration told of the decisions her spinning out of control had forced her to make. At the end of the presentation, it was revealed that the story was in actuality the true account of the early life of Clarity employee and co-facilitator Amy Cooley.

Cooley said God has given her a new desire and purpose, to give her redemption story through the birth of a child for whom she is extremely thankful.

“This is my story, and without God my redemption would never have been possible,” she concluded.

The evening continued with a demonstration by Mental Health Counselor Dana Boling, who compared the lives of many as represented in colored ropes and mugs that have been pieced back together with gold filigree.

“It’s making these broken lives realize their hope that puts their mug back together beautifully,” she said.