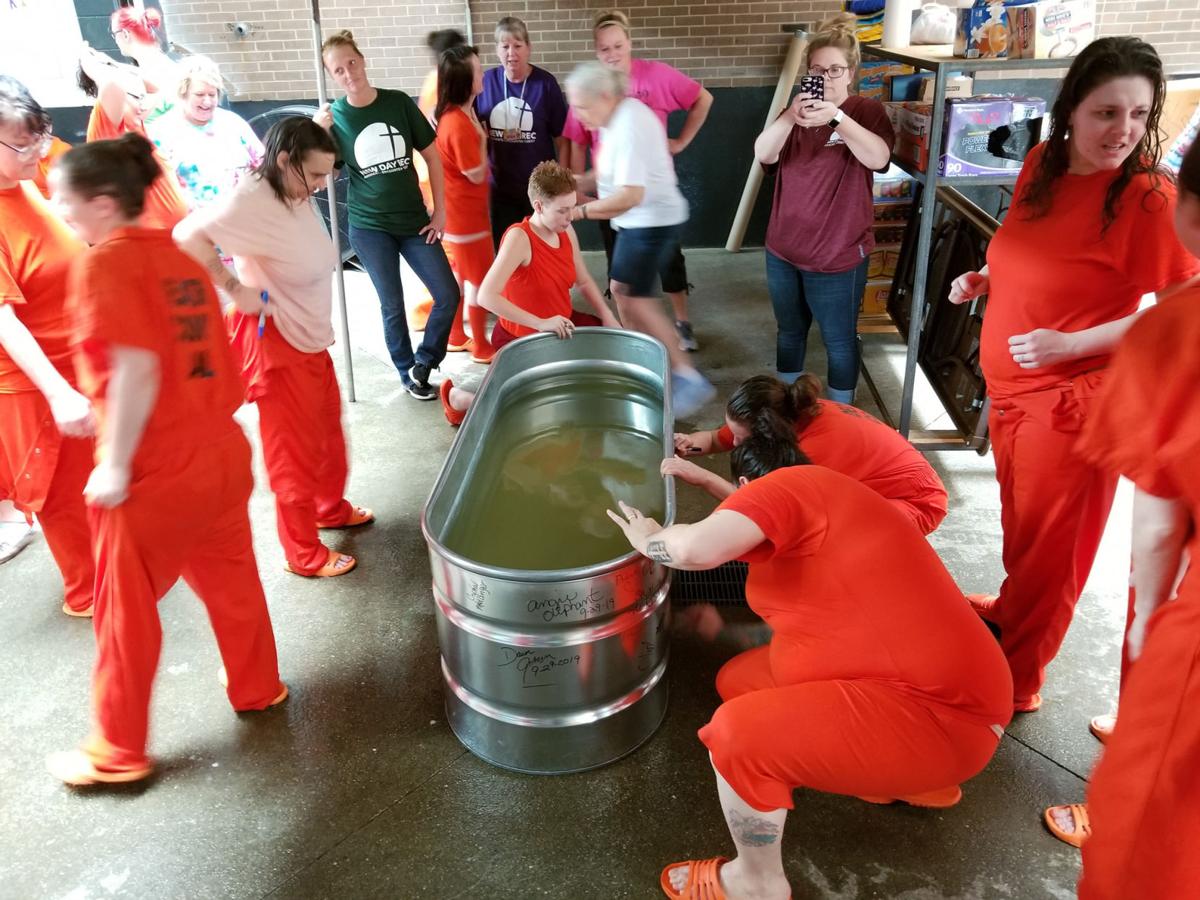 Participants in the recent women’s R.E.C. weekend sign the hog-trough baptismal after recently being baptized. 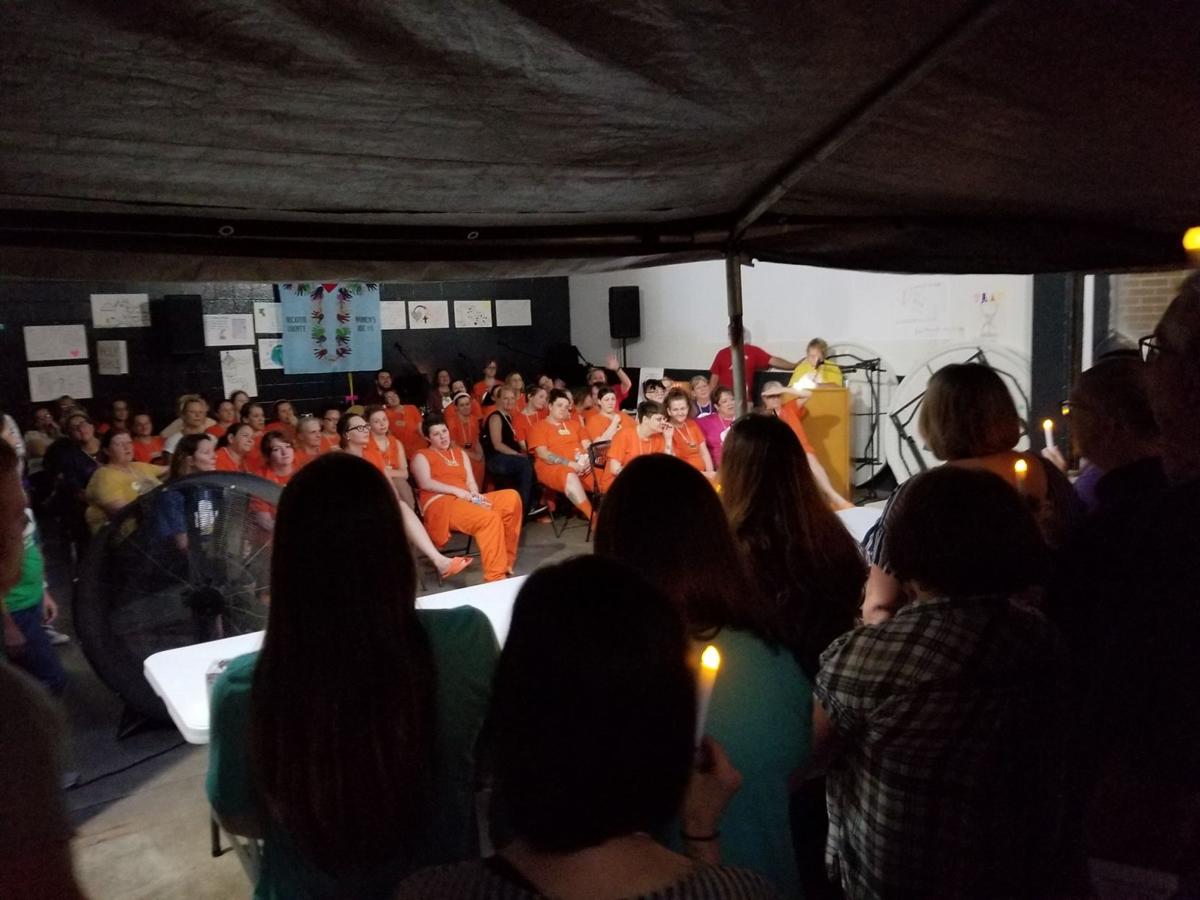 Participants of a R.E.C. program at the Decatur County Detention Center. 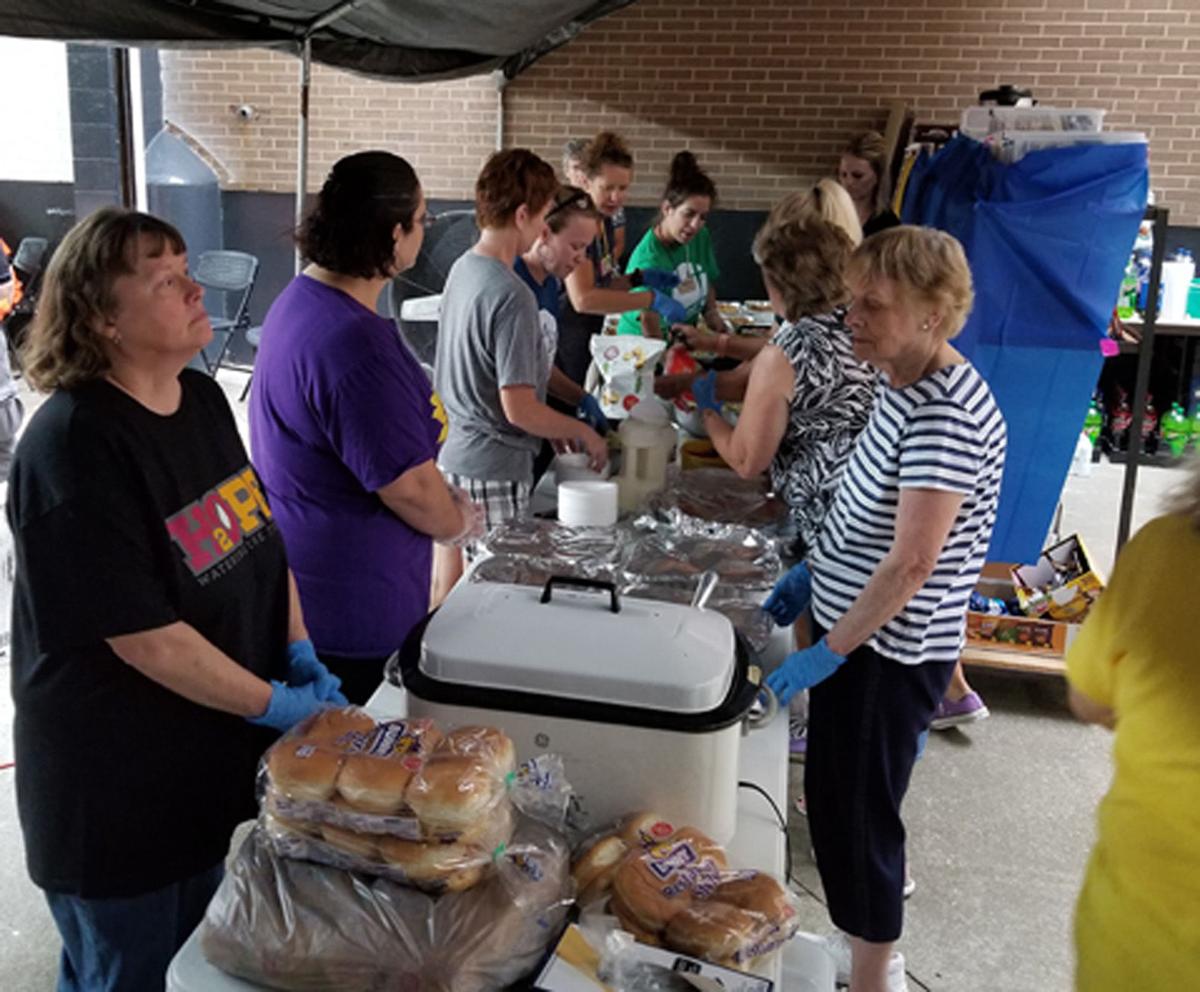 Volunteers prepare a meal for detention center residents participating in the recent R.E.C. weekend at the Decatur County Detention Center.

Participants in the recent women’s R.E.C. weekend sign the hog-trough baptismal after recently being baptized.

Participants of a R.E.C. program at the Decatur County Detention Center.

Volunteers prepare a meal for detention center residents participating in the recent R.E.C. weekend at the Decatur County Detention Center.

GREENSBURG — Incarcerated residents at the Decatur County Detention Center were R.E.C.ently offered an opportunity to experience an in-house three day evangelical weekend. Participants were cared for, fed by and prayed for by a group of volunteers comprising the not-for-profit faith-based organization New Day Residents Encounter Christ (R.E.C.).

R.E.C. is a voluntary experience where teams of trained Christian volunteers visit the DCDC to minister. All supplies and equipment are provided by and set up by the R.E.C. community. Men and women’s weekends are held separately. The teams usually consist of around 40 members. If space and numbers allow, a R.E.C. weekend typically ministers to about 50 inmates.

Most of the weekend involves 13 talks and small group discussions to learn how to apply the presented material to their lives.

The discussions following the talks allow for bonds to form and for the volunteers to help residents move toward a changed life. This is followed by a service where residents are invited to give their lives to Jesus Christ.

R.E.C. weekends culminate with a closing ceremony where the residents are given the opportunity to share testimony regarding how their lives are changing.

The entire weekend is fueled solely by volunteers, and all programming materials and food is supplied as a donation from the Christian community.

The weekend costs the taxpayers of Decatur County nothing above or beyond the fees associated with housing the participants.

A snapshot of the penal system in the United States provides a clear picture of a country that incarcerates more of their population than any other country on the planet. According to www.pewresearch.org, 655 out of every 10,000 US citizens will experience penal system incarceration at some point in the their lives.

Of U.S. federal inmates in 2010, about half were serving time for drug offenses and many others likely committed crimes under the influence of one or more drugs, over drug-related disputes, or in order to obtain money to buy drugs— factors which were not necessarily cited in their charges.

It is estimated that three quarters of those returning to prison have a history of substance abuse.

“Of last year’s budget, an alarmingly high percentage went to the county’s penal system — inmate care, housing and staff to run the detention center — and that comes out of the taxpayers’ pockets,” said Decatur County Sheriff Dave Durant. “The sad part is that of those who are in jail now, a high percentage of them will be back in jail again for the same reasons, usually drug offenses. We’ve got to find a way to break that cycle, and it has to start in each inmate’s heart.”

The sheriff said NA and AA are great programs and they have helped many people, but not everyone responds to a one size fits all program.

“We’ve got to find other ways to change inmates hearts, and when you see the genuine singing and praising going on you know that some hearts are being changed,” Durant said.

Durant said the much discussed removal of a wall in the new detention center would provide a perfect place for R.E.C. and comparable programming.

“That sets it up so that everything we need will be right there — restrooms, food facilities, classrooms — everything is right there. I really believe that this programming is going to put a dent in the recidivism issue,” he said.

During the recent R.E.C. weekend, 34 men and 21 women were baptized.

“It’s amazing what this is doing for the inmates in this county,” Durant said. “The greatest thing about this is that when I was headed into the detention center the other day, I saw a guy and his daughter coming in. The guy had just been released, but attended the first set of R.E.C. weekends we had. They were waiting to pick up the little girl’s mom, she just went through the women’s weekend. This is putting families back together.”

Jack Winters, age 81, of Sunman died 8-4-2020. No services will be held. www.cookrosenberger.com for more information.