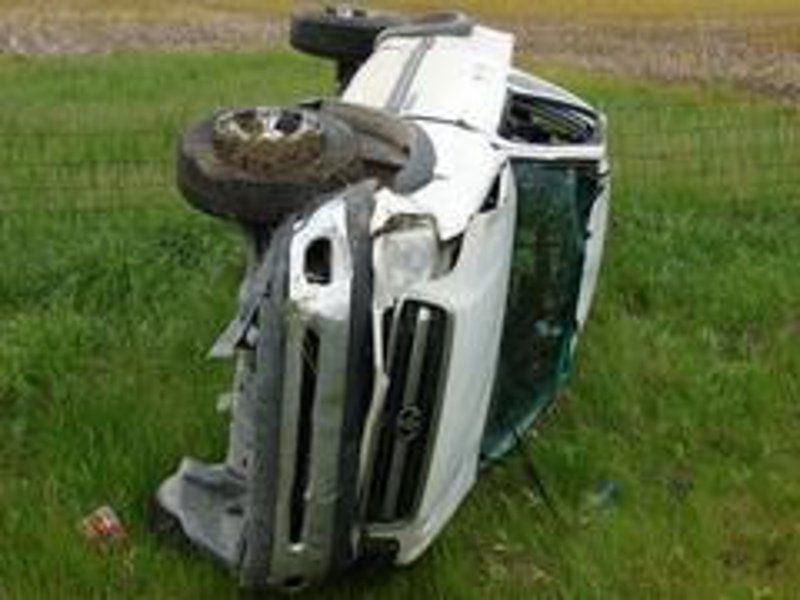 Photos by Indiana State PoliceTwo people were injured in a rollover crash on Interstate 74 Wednesday morning. 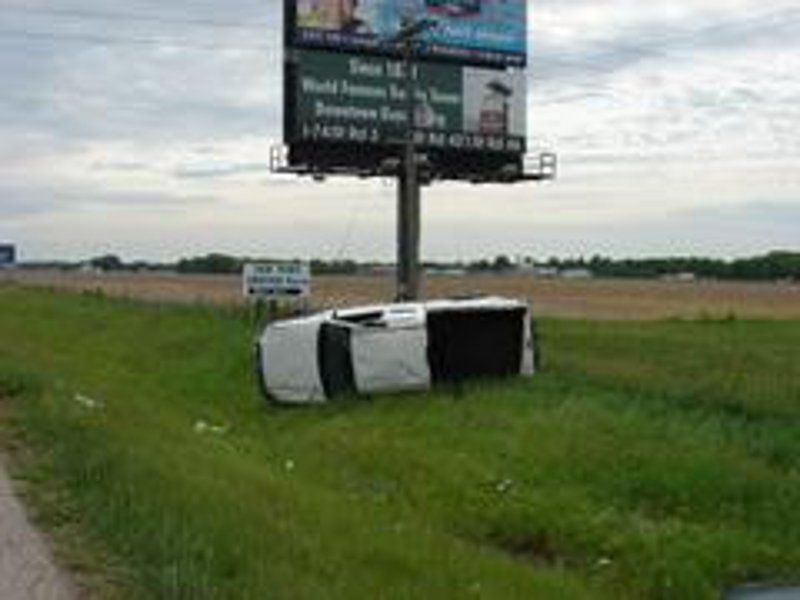 Photos by Indiana State PoliceTwo people were injured in a rollover crash on Interstate 74 Wednesday morning.

GREENSBURG – Two people were seriously injured during a single vehicle roll-over crash on I-74 east of Greensburg.

According to Indiana State Police Trooper Chris Lockman, on May 20, 2015, around 10:32 a.m., a white 2002 Toyota Tundra pick-up truck driven by Trevor Kikendall, 23, of Franklin, was going east on I-74 near the 141 mile marker when for unknown reason it traveled into the center median.

The pick-up truck traveled back across the eastbound lanes and off the road where it flipped over several times. Kikendall and his passenger, Autumn Perry, 25, of Hustonville, Kentucky, were both ejected from the Toyota pick-up as neither of them were wearing a seatbelt. The pick-up truck came to rest upright on the driver’s side in the grassy ditch.

The eastbound lanes of I-74 were closed as a STAT flight copter landed to pick up the injured. Perry was flown from the scene to St. Vincent’s Hospital in Indianapolis. Kikendall was transported by ambulance to Decatur Memorial Hospital and then flown north to St. Vincent’s hospital. Each sustained incapacitating injuries from the crash. I-74 was closed for over an hour during this crash and its clean-up.