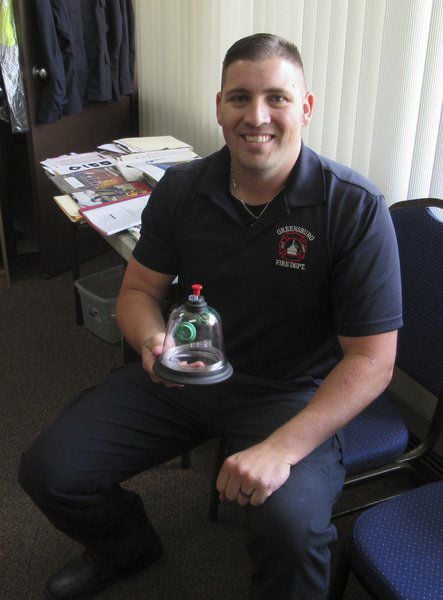 Fireman/EMT Curtis Lewis with a specially designed oxygen mask appropriate for use on dogs and cats. Lewis was responsible for adding the masks to the Decatur County arsenal of emergency equipment in mid-2019. 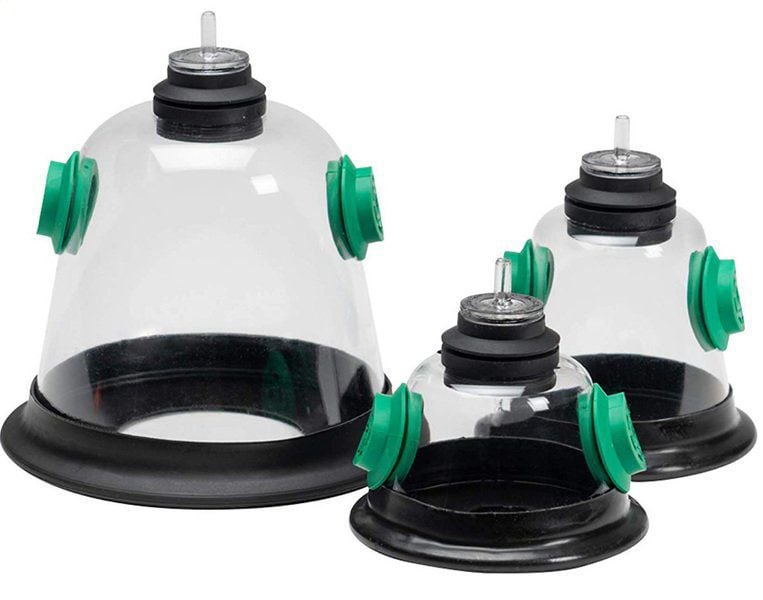 Fireman/EMT Curtis Lewis with a specially designed oxygen mask appropriate for use on dogs and cats. Lewis was responsible for adding the masks to the Decatur County arsenal of emergency equipment in mid-2019.

GREENSBURG – Wednesday is National Pet Fire Safety Day, and the Greensburg Fire Department is well prepared for an emergency in which our beloved furry friends are in danger.

Nearly a year ago, the Daily News did a story on the purchase of oxygen masks designed to take care of dogs and cats in the case of a vehicle or in-home emergency.

“We’ll use them to aid or restore breathing for animals involved in house fires or automobile accidents, to keep their bodies oxygenated in the case of an emergency,” said local EMT/firefighter Curtis Lewis. “They’re high-flow, which is 15 liters, and they’re designed to cover the nose and mouth of animals.”

Surprisingly, there are no lessons for learning how to administer life-saving oxygen to a pet dog or cat.

“It’s the same for humans, but we’ll each do a little hands-on training ... so that we all have experience,” Lewis said. “And there are three sizes – one for cats or small pups, one for medium breeds and the largest for German Shepherds or larger types of dogs.”

Lewis said in his 11 years of service he has seen roughly half-a-dozen situations in which these specially designed masks would have been useful.

He also relayed a recent experience in which there was a human entrapment and the pet dog was entrapped as well.

“The car was crushed, and you could tell that the dog was having some issues breathing, so we could have used them in that instance,” he said. “How many times do you see a dog in the front seat with the driver? In an accident, the dog will be injured as well.”

Lewis offered pet owners advice on keeping their pets safe in the event of an in-vehicle emergency or a home fire.

“Consider investing in a smoke detector that is monitored by a center with a fire dispatch,” he said. “If there’s an electrical fire in your home and you’re not there the fire could burn beyond a chance to rescue your dog or cat. If you’re connected to a dispatch, the emergency personnel can be there in time to get those animals out safely. You should also pet-proof your home like you child-proof your home.”

Lewis advised that people should make sure their pet can’t accidentally start a fire, and used the kitchen as an example because larger animals might jump on the front of a stove and turn on a burner.

“Make sure the knobs have locks in place, or if that’s not possible, remove the knobs when you’re not at home,” he said.

Lewis also suggested making sure there are no loose wires in places available to animals, and to never leave a candle burning when you’re not at home.

Many people enjoy riding in the car with their dog, but that also poses a potential safety concern.

“You can’t really secure a dog ... and they might be better off in a cage in the rear of the cab,” he said. “The main purpose of this is so that they don’t make safely operating the vehicle difficult. How often do the dogs want to jump in your lap and see out the window? You should have all attention to the vehicle while you drive, that way there’s less chance of putting yourself or your animal in danger while in the care.”