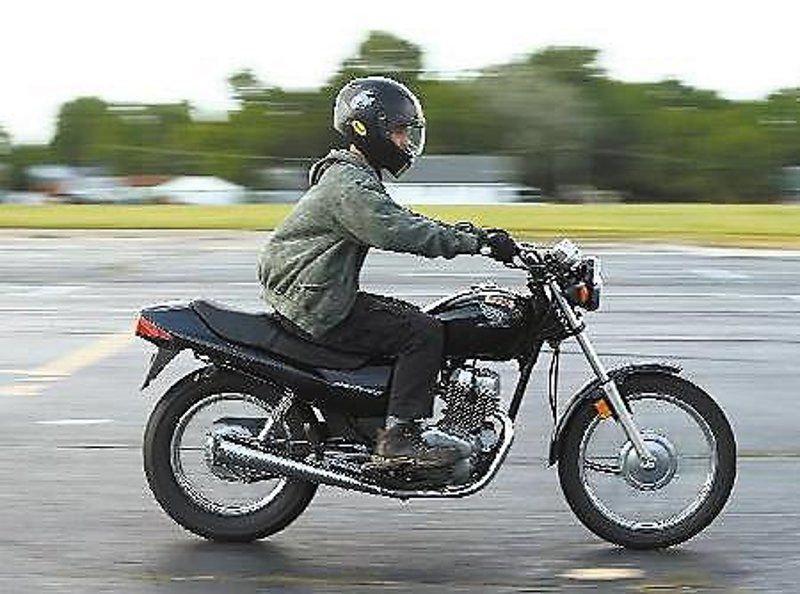 A participant rides through the parking lot during ABATE’s motorcycle rider course on June 15, 2017. 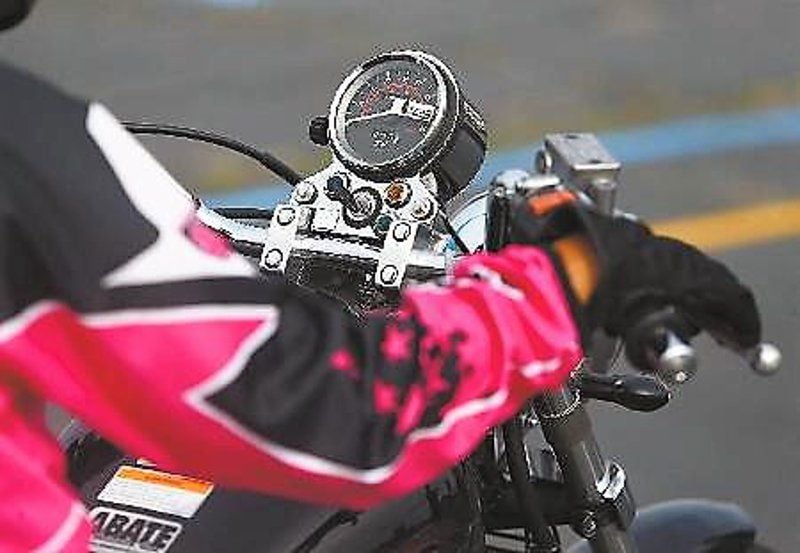 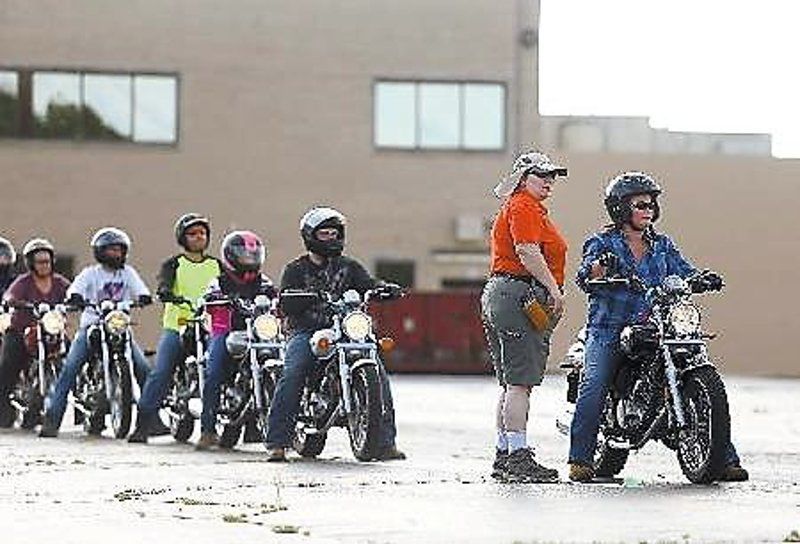 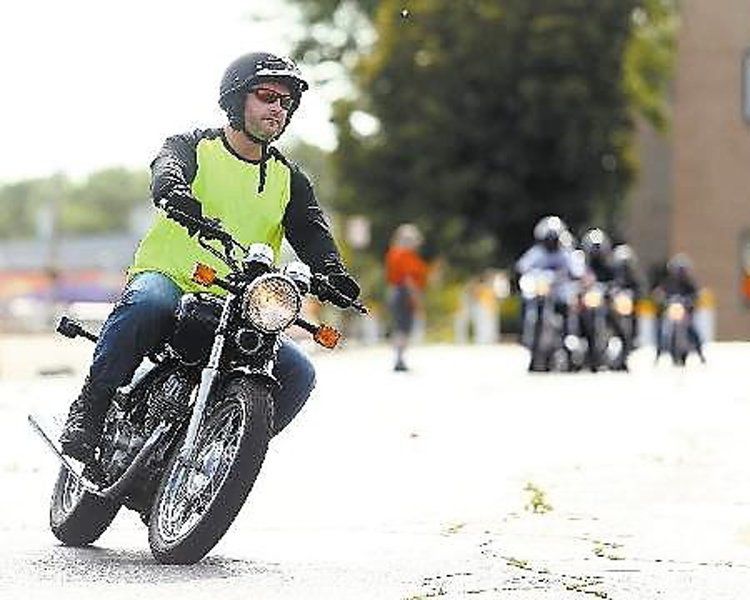 Brian Ault rides through the course set up at ABATE’s motorcycle rider course on June 15, 2017. 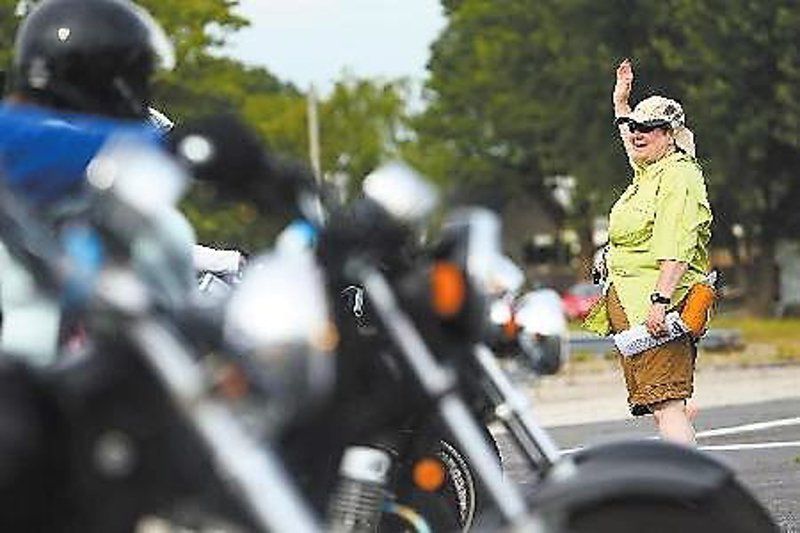 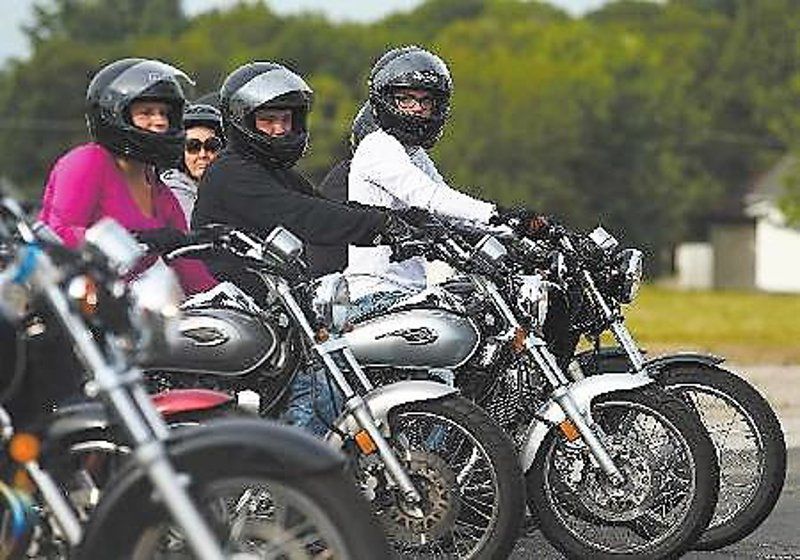 A participant rides through the parking lot during ABATE’s motorcycle rider course on June 15, 2017.

Brian Ault rides through the course set up at ABATE’s motorcycle rider course on June 15, 2017.

KOKOMO – Eleven motorcyclists were revving their engines in a designated parking lot in Kokomo, ready to start riders’ training exercises in a controlled environment.

The training was offered by American Bikers Aimed Toward Education (ABATE), a nonprofit organization that since its inception in 1975 has been involved in motorcycle education, charity and lobbying efforts to dismantle motorcycle legislation – perhaps most prominently mandatory helmet laws.

Indiana falls in line with a majority of states when it comes to mandatory helmet laws. Only three states – Illinois, Iowa and New Hampshire – have no regulation on helmet use, according to the Insurance Institute for Highway Safety. Twenty-eight states, Indiana included, require some riders to wear helmets. For Indiana, it’s riders 17 years old and younger.

ABATE led a charge to repeal mandatory helmet laws in Indiana in 1976, according to the organization’s website. It’s a stance that the organization maintains. “Let those who ride decide,” said Justin Kennedy, site coordinator for ABATE’s Kokomo training and assistant regional director for ABATE Region 3. “Our primary goal now is really awareness and education – both of motorcycles and the general public.”

ABATE’s motorcycle education courses teach a curriculum called Basic Rider Skills (BRS). It’s the first year ABATE has used it, and Kennedy said it’s more challenging, teaching riders to adapt to their surroundings. It teaches individual skills, like turning from a stop and negotiating corners, and then builds on each skill as the class goes on.

Michelle McCauley, ABATE rider coach, said she always teaches new riders to stay within their comfort zone while riding – to “ride their own ride.”

She also encourages people to practice skills in large, open areas, much like ABATE does with its training.

Ride with bright colors, she said, in order to be visible. She said she’s heard of many accidents where a motorcycle is struck by a car, and the driver claims to have not seen the motorcycle.

One day of the course, she said, focused on breaking, stopping and shifting.

“If you can’t stop, you might end up in the back of someone’s pickup truck,” said McCauley.

Many more accidents are caused by improper “negotiating” of a corner, she said, adding that learners shouldn’t practice driving in straight lines.

During one ABATE course, the students formed a line, while one rider would take an arching turn around one end of the parking lot. Then, they would drive toward the other end, make one more arching turn and then go back to the end of the line.

“You’re not accomplishing anything if all you’re learning to do is ride in a straight line,” McCauley said during the exercise. The skies were starting to get dark, as rainy weather approached. McCauley added that practicing in the rain can be a useful thing.

She also mentioned she wears a helmet when she rides, although not every instructor does the same.

“That’s their choice,” she said. “Because we have that choice in the state of Indiana. From an unexperienced beginner’s standpoint, I personally would push that helmet.”

Yacky Byers, ABATE representative for Howard County with 42 years of involvement in the organization, said riders must keep their heads on a swivel. Keep an easy pace, practice in a parking lot, keep tabs of the surroundings and maintain a safe distance to other vehicles.

For Kennedy, he encourages people to take ABATE courses – where riders will be taught all these skills.

Of course, many accidents are caused by the driver of a more conventional, four-wheeled vehicle. With that in mind, Kennedy said ABATE works to increase motorcycle awareness. They do that with signs and billboards, bumper stickers and even introducing kids to motorcycles during fairs and festivals with their small, enclosed Tiny Tots motorcycle course.

“People don’t realize when they do it that it’s an awareness thing,” said Kennedy. If kids keep an eye out for motorcycles on the road, he said, that can often spread to the parents.

As for mandatory helmet law, Byers said the choice should be up to the rider, and he stressed education for riders as a way to avoid injury or fatal accidents. He also stated one argument against mandatory helmets is that it provides a “false sense of safety.”

“A lot of young riders get overconfident because, ‘Well, I’ve got my helmet on, I’ve got my gloves on, so if I get knocked down, I’ll just bounce back up and I’ll be all right,’ but that’s just not the way it works,” said Byers.

Samuel Nunn, professor emeritus at the School of Public and Environmental Affairs at Indiana University Purdue University Indianapolis, said Indiana falls in with a majority of other states when it comes to mandatory helmet laws. Meaning, Indiana, like most states, has limited mandatory helmet legislation – for Indiana that means riders under the age of 18 must wear helmets. Nineteen states and the District of Columbia require all motorcyclists to wear a helmet, according to Insurance Institute for Highway Safety.

Nunn doesn’t believe the laws in Indiana are about to change. He has researched traffic statistics since 2007, he said, and in that time, he hasn’t been made aware of any significant push for mandatory helmet laws.

Many states have rolled back mandatory laws in decades passed, he said, providing researchers a chance to look at the difference in statistics in states that do and do not have such laws in place.

“It’s a pretty standard notion, well-accepted and scientifically validated, I would say, that helmets do save lives and reduce serious injuries in motorcycle crashes,” said Nunn. He believes there will always be a “baseline” difference between states that do and do not have mandatory helmet laws, with states that don’t have such laws seeing more fatal motorcycle accidents.

“I chalk it up to the power of ABATE and the power of the AMA to sort of mobilize quickly when any state talks about it,” he said.

Nunn has authored fact sheets and studies on crash statistics in Indiana, looking at numerous variables.

On average, Nunn said, in a crash between a motorcycle and four-wheeled vehicle, it usually isn’t the motorcycle driver’s fault.

Using databases and police reports, Nunn said researchers look at what’s called the “primary factor” contributing to the crash. The primary factor can be something like a failure to yield. Additionally, they look at each driver and, based on reports, whether a driver contributed to the primary factor. Both vehicles can be considered contributable.

“The short answer on this is, on average, the other vehicle tends to be at fault more than the other motorcycle, but that varies a lot depending on what the circumstance was,” said Nunn.

According to a fact sheet from 2016, motorcycles tend to be more attributable in accidents that have unsafe speed and improper passing listed as a primary factor.

For Dawood Dalaly, trauma surgeon and assistant director of the surgical ICU at Parkview Health in Fort Wayne, the difference between patients who do and do not wear protective gear is a simple one.

At Parkview, a level 2 trauma center, Dalaly said last year, during what he called “trauma season” – roughly late May through September – the hospital saw 69 motorcycle accident patients. For the first half of 2017, it has seen 65 patients total.

“This is the message that I tell everyone: If you don’t drink and drive; if you don’t ride power sports, motorcycles and jet skis; if you’re at home in bed by 11 p.m., you’re going to live a long life,” he said.

David Mobley, 81, of Greensburg, passed away April 1, 2020. A private graveside will be at Hope Moravian Cemetery. A celebration of life will be at a later date.