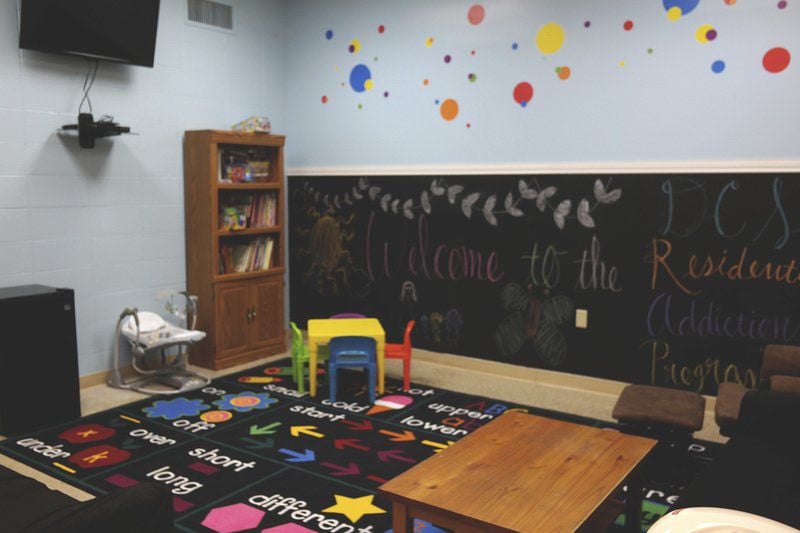 Children and families can visit with one another in the children’s play room at Fresh Start Recovery Center. Sky Shipley and her two sons spent a lot of time together in the area during her time at the center. 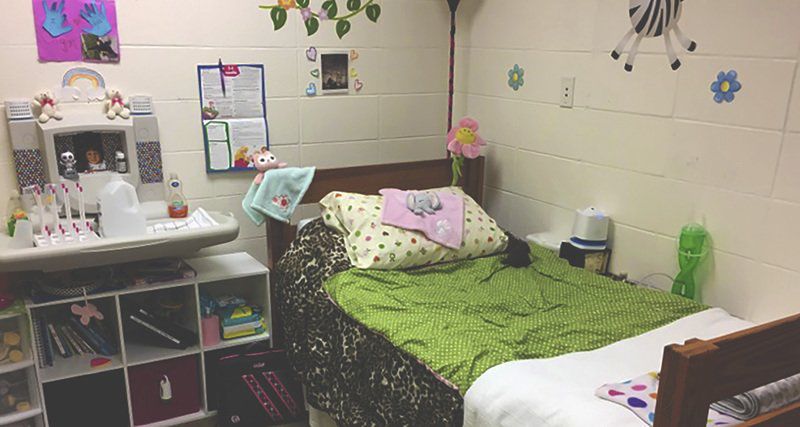 Children and families can visit with one another in the children’s play room at Fresh Start Recovery Center. Sky Shipley and her two sons spent a lot of time together in the area during her time at the center.

Editor’s note: This is the 13th in a series of stories about new laws that are taking effect, most of them on July 1.

INDIANAPOLIS — Sky Shipley, an Indianapolis mother of two, is preparing to say farewell to the staff at Fresh Start Recovery Center after spending 75 days in the drug addiction rehabilitation center.

Since moving in to the center on March 2 — just days after giving birth to her son, Kendrick — Shipley has completed two phases of treatment and is back on her feet after suffering from an opioid addiction over the last four years.

“I used throughout my entire pregnancy with Kendrick,” Shipley said.

While in the hospital, Shipley was encouraged to seek assistance from Fresh Start, which allows up to two children under 5 years old to stay with their mother while she undergoes addiction rehab treatments.

During this year’s legislative session, lawmakers sought ways to combine Fresh Start with another program to assist pregnant addicts and babies born addicted, similar to Shipley and her son.

“We looked around for different programs that could be replicated elsewhere that might need a boost in funding,” said Sen. Jim Merritt, R-Indianapolis.

Through Senate Enrolled Act 446, Fresh Start Recovery Center will partner with Goodwill Industries of Indiana’s Nurse-Family Partnership to create a combination of the two programs that caters to new Hoosier mothers struggling with drug addiction.

“Besides the fact that your primary concern should be for your child’s health, you have to be able to accept help in order to better yourself,” Shipley said.

Different from programs that treat addicted mothers, Fresh Start allows women to undergo treatment for up to 75 days, nearly four times as long as the average stay. Additionally, the program focuses on treating both the individual and the family — one of the reasons why children are invited to accompany their mothers.

“What we had discovered while we were getting this up and going is where the gaps were,” said Adam Hutton, the program’s lead treatment counselor.

In order to qualify for Fresh Start, mothers must have an open Department of Child Services case to be referred to the program. However, by joining with the Nurse-Family Partnership, Fresh Start will be able to reach first-time mothers before a DCS case is opened.

Nurse-Family Partnership provides a follow-up service to first-time mothers vulnerable to poverty, preterm births, and other poor maternal and child health outcomes. Through the program, a nurse follows the mother for nearly three years, until the child’s second birthday, serving as a special support system for the mother.

The new pilot program, which will combine the works of both Fresh Start and Nurse-Family Partnership, will not only provide treatment in a residential care facility, but also through home visitation after being discharged from the facility.

Additionally, mothers will not be required to have an open DCS case before enrolling in the program. This piece is something Shipley said she appreciates.

“I already had a kid before Kendrick where I did have an open DCS case, but I have so many peers that, like me, have no family, no support,” she said. “They don’t just want to take themselves to DCS and say, ‘Please put a case on me because I need help.’ If they were able to take matters into their own hands and join the program, they have to commit to nurse care and all the recovery treatment. It’s much more feasible.”

Once the final pilot program is established by the Indiana Commission to Combat Drug Abuse, the Indiana State Department of Health will administer the pilot program in three locations — Marion County, Winchester and southern Indiana.

“The outcome I hope to see is more healthy women, more healthy babies and a general outreach to individuals — women that are pregnant that we can get prenatal-postnatal healthcare to them and we can obviously provide a lifeline to those struggling with addiction,” Merritt said.

Shelby Mullis is a reporter for TheStatehouseFile.com, a news website powered by Franklin College journalism students.