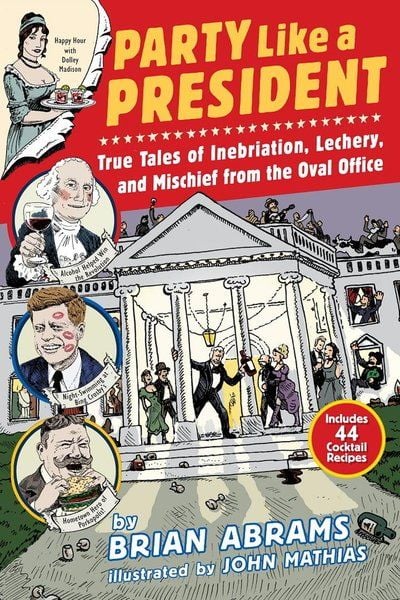 Contributed photos“Party Like a President: True Tales of Inebriation, Lechery, and Mischief from the Oval Office” by Brian Abrams, illustrated by John Mathias 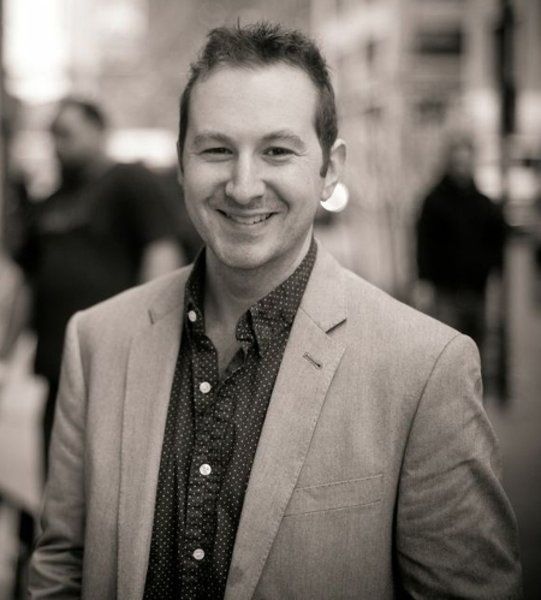 Brian Abrams, author of “Party Like a President: True Tales of Inebriation, Lechery, and Mischief from the Oval Office.”

Contributed photos“Party Like a President: True Tales of Inebriation, Lechery, and Mischief from the Oval Office” by Brian Abrams, illustrated by John Mathias

Brian Abrams, author of “Party Like a President: True Tales of Inebriation, Lechery, and Mischief from the Oval Office.”

The campaigning has started already.

It sure seems like the last election ended yesterday, but here we go again. So: Democrat? Or Republican? Does policy influence your politics, or do you consider personal matters in the voting booth? Read “Party Like a President” by Brian Abrams, illustrated by John Mathias, and you might drink to both.

Like every good citizen, you had a hand in putting somebody in the White House a few years back. Or maybe you didn’t; either way, you expect a sense of steady decorum and respectability from POTUS. But that’s not always what you get.

Take our first President: contrary to what pop culture wants you to believe, George Washington wasn’t just some stuffy old guy with bad dentures. Yes, he was tucked snugly in bed by 9 p.m., but there was a reason: in addition to being an accomplished white lightning distiller, ol’ George could reportedly put away the vino.

Other presidents were no slouches in that department, either. Thomas Jefferson had a wine budget of somewhere around $300,000 in today’s dollars. James Madison was famous for lively parties, mostly thanks to his wife, Dolley. Andrew Jackson kept his staff properly, um… hydrated. Herbert Hoover enjoyed cocktails throughout Prohibition.

But a bit of imbibing isn’t all that’s happened in the White House. The widowed John Tyler unabashedly wooed a woman young enough to be his daughter, as did Grover Cleveland (who also took responsibility for an illegitimate child). Woodrow Wilson was a philanderer, and Warren Harding liked to nickname his body parts.

John Quincy Adams played billiards (gasp!). Ulysses Grant loved his smokes, while Chester Arthur loved to eat… and eat… and eat. Teddy Roosevelt’s drug of choice was caffeine; he was said to drink more than a gallon of coffee every day. JFK was notorious for his many vices, and FDR loved nothing more than a good toga.

But not everybody living at 1600 Pennsylvania Avenue was wild: Andrew Johnson rarely drank. James Polk was too busy working to indulge in anything. And William Henry Harrison wasn’t in office long enough to do anything improper.

Presidents are people, too, so it shouldn’t surprise you that the Oval Office has been the Oh!-val Office a time or two in history. “Party Like a President” makes it all fun to read about.

But scandal isn’t only what you’ll find in this book. Because this is, after all, a collection of historical anecdotes, author Brian Abrams also informs his readers while he entertains them with tales of Washington wickedness and Executive excess. Abrams debunks myths, offers up tasty sidebars, and serves up laughs – then he includes authentic drink recipes so we can guzzle with the GOP and dance with the Dems, too.

This book obviously isn’t for stuffed-shirts who can’t take politics with a sense of playfulness. It’s irreverent, hilarious, and the illustrations by John Mathias make it easy to read - so find this book before the next election. “Party Like a President” will make it easy to plan your next party.