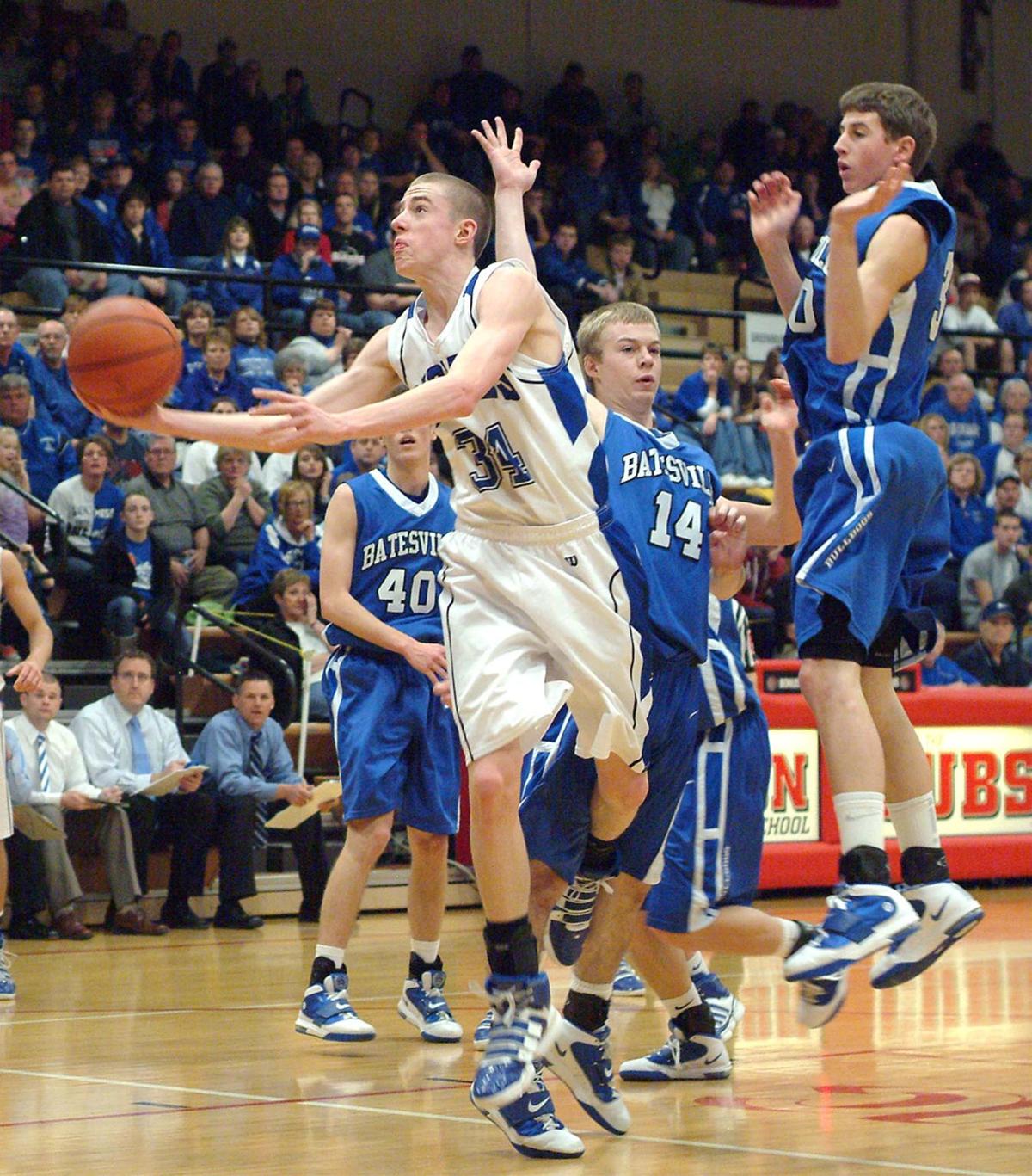 Greensburg freshman Sean Sellers (34) drives to the basket ahead of the Batesville defense in Saturday's sectional final. He led the Pirates with 11 points. 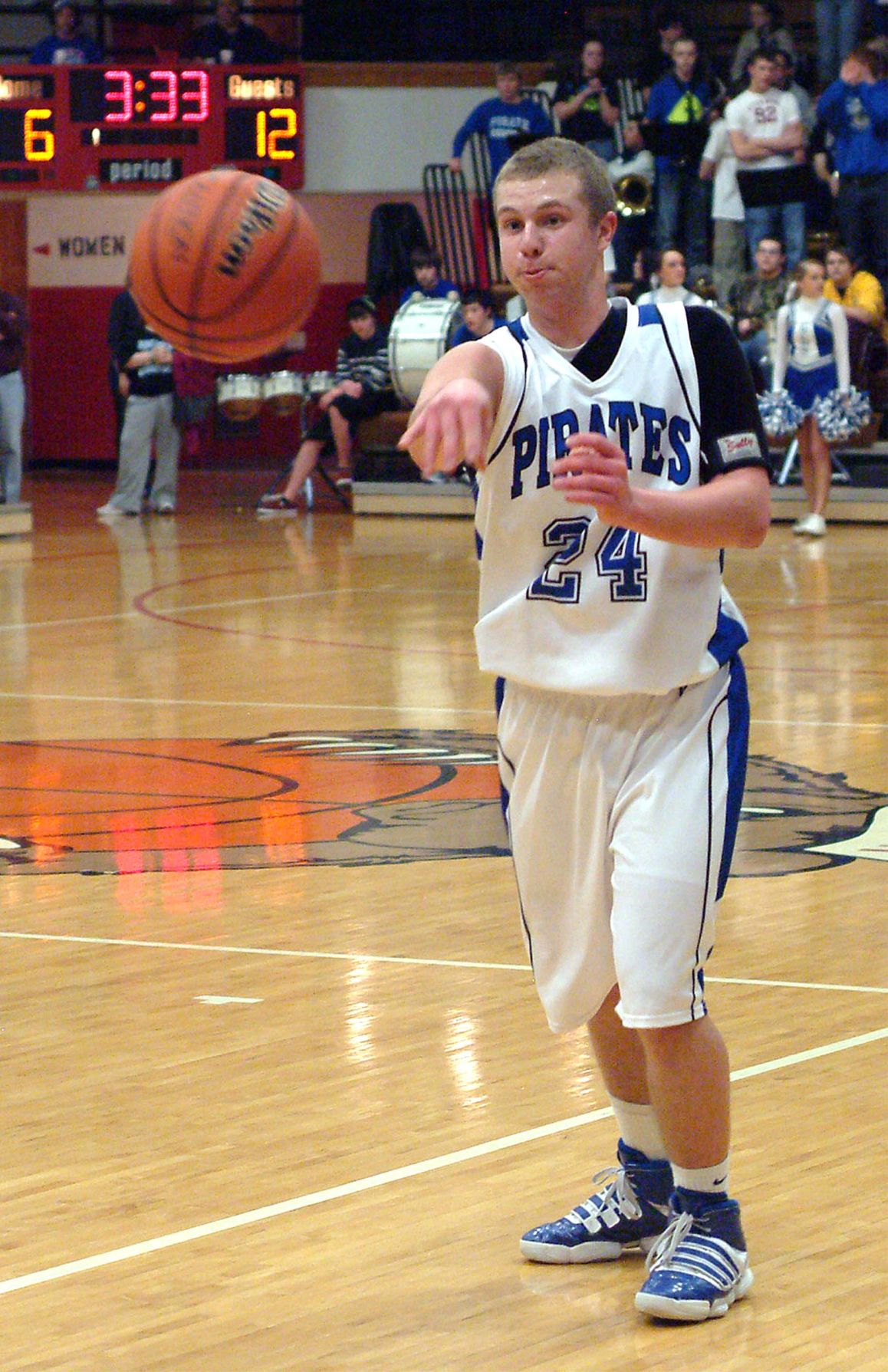 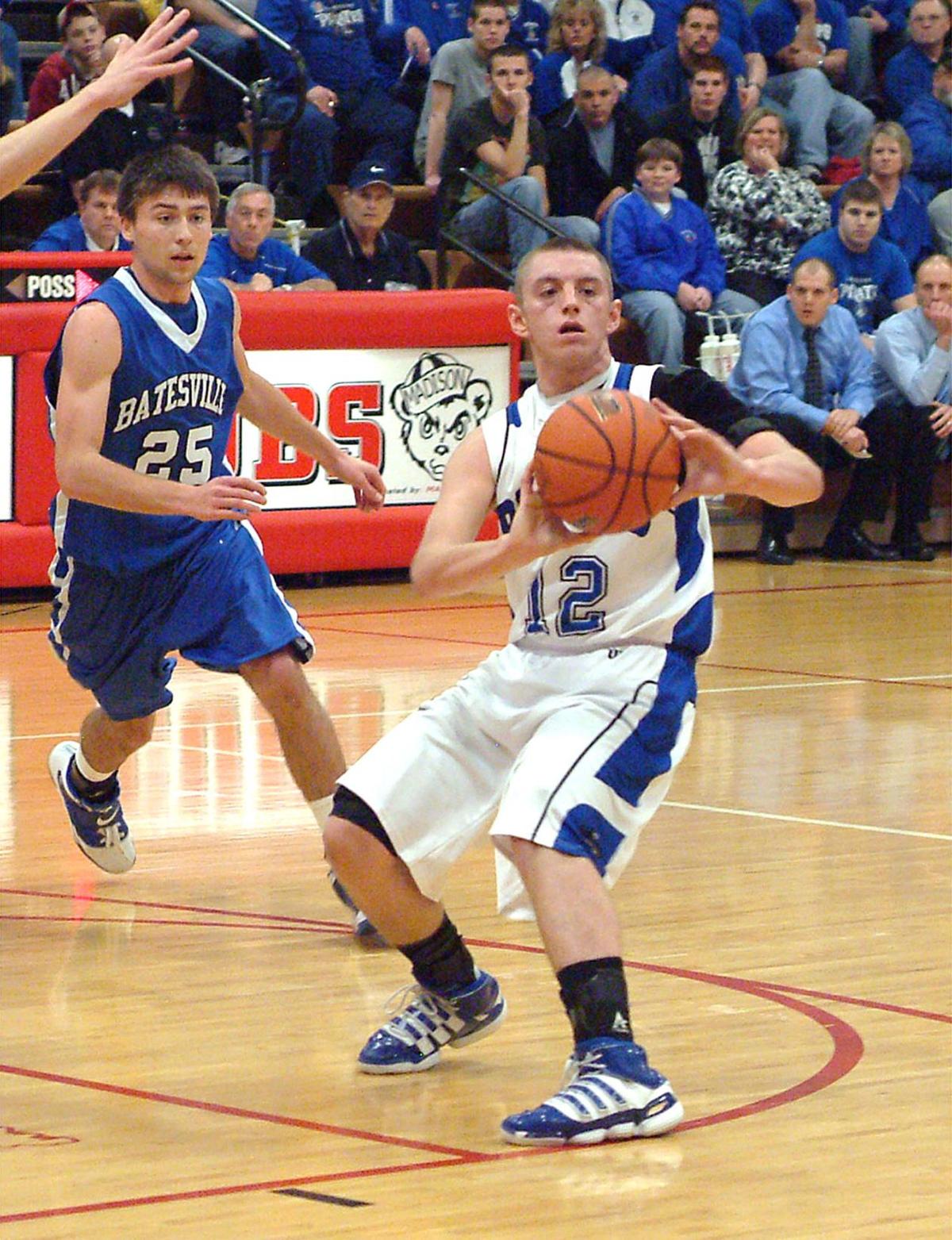 Greensburg freshman Macy Holdsworth (12) passes the ball off to a teammate Saturday in the sectional final at Madison.

Greensburg freshman Sean Sellers (34) drives to the basket ahead of the Batesville defense in Saturday's sectional final. He led the Pirates with 11 points.

Greensburg freshman Macy Holdsworth (12) passes the ball off to a teammate Saturday in the sectional final at Madison.

The Batesville High School varsity basketball team snapped a six game losing streak to the Greensburg Pirates and did so when it mattered most.

The Bulldogs (16-6) celebrated a sectional title Saturday night with a convincing 50-32 win over the Pirates at Connor K. Salm Memorial Gymnasium in Madison.

Despite seeing its dominance over Batesville come to an end, Greensburg compiled a 15-8 record as a conference championship threat less than a year after losing 10 seniors to graduation.

"That's a very successful season," Greensburg head coach Stacy Meyer told The Daily News. "We had an outstanding season. I'm very proud of our guys. These boys put themselves in position for two championships. That's all you can ask for. Batesville is a better team, but I'm very proud of our kids. They played hard all season, and again, to win 15 games, I'm proud of them."

Two of the last three meetings between the two teams have been decided in overtime.

The Pirates never seemed to be in much of a flow offensively. Some of that can be attributed to foul trouble, but the Bulldogs had something to do with it as well.

"They outplayed us, really, in every aspect of the game tonight," said Meyer in his postgame comments on WTRE radio. "We made a little run there in the third, cut it to five, but really never seriously challenged them tonight. They were the better team and they deserved to win the basketball game."

Batesville went to a 2-3 zone for parts of the game, which may had been a bit of a surprise. The Bulldogs have been predominately a man-to-man team that has rarely played zone this season.

Offensively, the Bulldogs had control most of the way and handled the Pirates' zone defense early in the game.

Senior Logan Barker got the Pirates off to a good start with the team's first four points. Greensburg held an early 4-2 advantage, but they did not lead again.

Back-to-back 3-pointers by senior Cameron Fledderman and Chris Giesting gave the Bulldogs an 8-4 lead. A basket in transition by junior Cody Cole made it 10-4 midway through the first period.

Fledderman capped the first quarter scoring with a 3-pointer to put the Bulldogs on top 17-8 at the first stop.

Not much changed on the scoreboard in the second quarter as the Bulldogs entered halftime with a 30-20 lead.

Still, there was never a time in the first half that one felt the Pirates were out of the game or the Bulldogs had complete control.

The Pirates responded in the second half, as most expected. A 3-pointer by freshman Sean Sellers capped a 7-2 run and forced the Bulldogs to call a time-out at the 5:39 mark.

Greensburg cut a 10-point deficit in half within the first 2:20 of the third quarter.

Bulldogs center Luke Williams, who was a surprising offensive threat in the paint, answered with a field goal to slow the Greensburg momentum.

Barker stepped up with a field goal just 20 seconds later to get the margin back to five points.

It would be as close as they would get the rest of the way.

Greensburg shot better than 80 percent from the foul line this season, and capped the winter with a 10-for-12 (83 percent) effort.

Batesville scored the final five points of the third quarter and took a 39-29 lead into the final eight minutes.

Foul trouble then became an issue for the Pirates. Junior Iven Stewart was whistled for his fourth at the 7:44 mark, while freshman Macy Holdsworth and junior Clayton Tressler picked up their fourth within the first two minutes of the quarter.

The Bulldogs went to their zone defense to start the fourth quarter and it was effective. The Pirates were held scoreless until junior Matt Lee buried a trey at the 4:29 mark.

The Bulldogs, meanwhile, had built a 45-29 lead prior to the field goal. Lee's basket was the Greensburg's only points of the fourth quarter.

"Hands down to Batesville," said Meyer on the radio. "They're a very good basketball team, and you look out on the floor. They've got returning kids who have been through the battles before. A lot of those  same kids we went to overtime with in the sectional last year."

The Bulldogs, who struggled from the foul line most of the night, hit 5-of-8 attempts over the final five minutes to help preserve the victory.

For the game, they were just 12-of-23 from the charity stripe. Fledderman and Cole led the Bulldogs in scoring with 12 points apiece, followed by Williams with eight.

Coach Meyer got a team-high 11 points from Sellers, while Barker added 10 in his final game as a Pirate.

Matt Lee finished with seven off the bench, while Tressler and Holdsworth, who had scored 22 points in the first game against Batesville, netted two apiece.

"I want to thank our two seniors, also," said Meyer of Barker and Eric Meyer. "It's sad to lose your seniors. They're two great kids. I love both of those guys."

Meyer added a comment about the support of Greensburg's fan base throughout the season.

"I would like to thank all of our fans," said Meyer. "To follow us wherever they went, that is remarkable and we really appreciate it."

The Bulldogs will now play New Palestine in the first round of the Shelbyville Regional on Saturday. The game is scheduled to begin at 10 a.m.