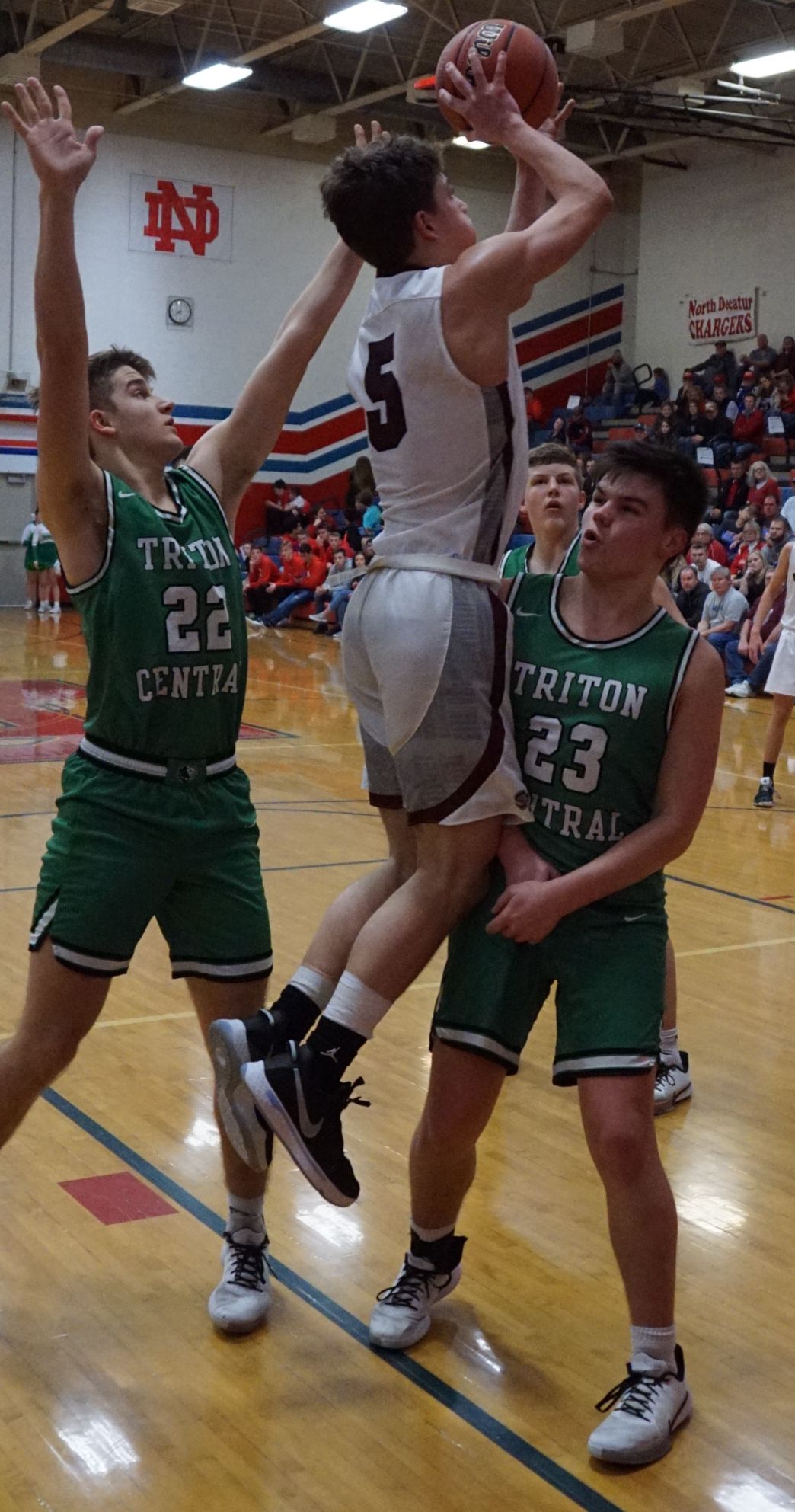 LEFT: Hunter Johnson goes up on the baseline and draws a blocking foul on Friday night against Triton Central. RIGHT: Trey Nobbe goes up in the lane over the Milan defenders. 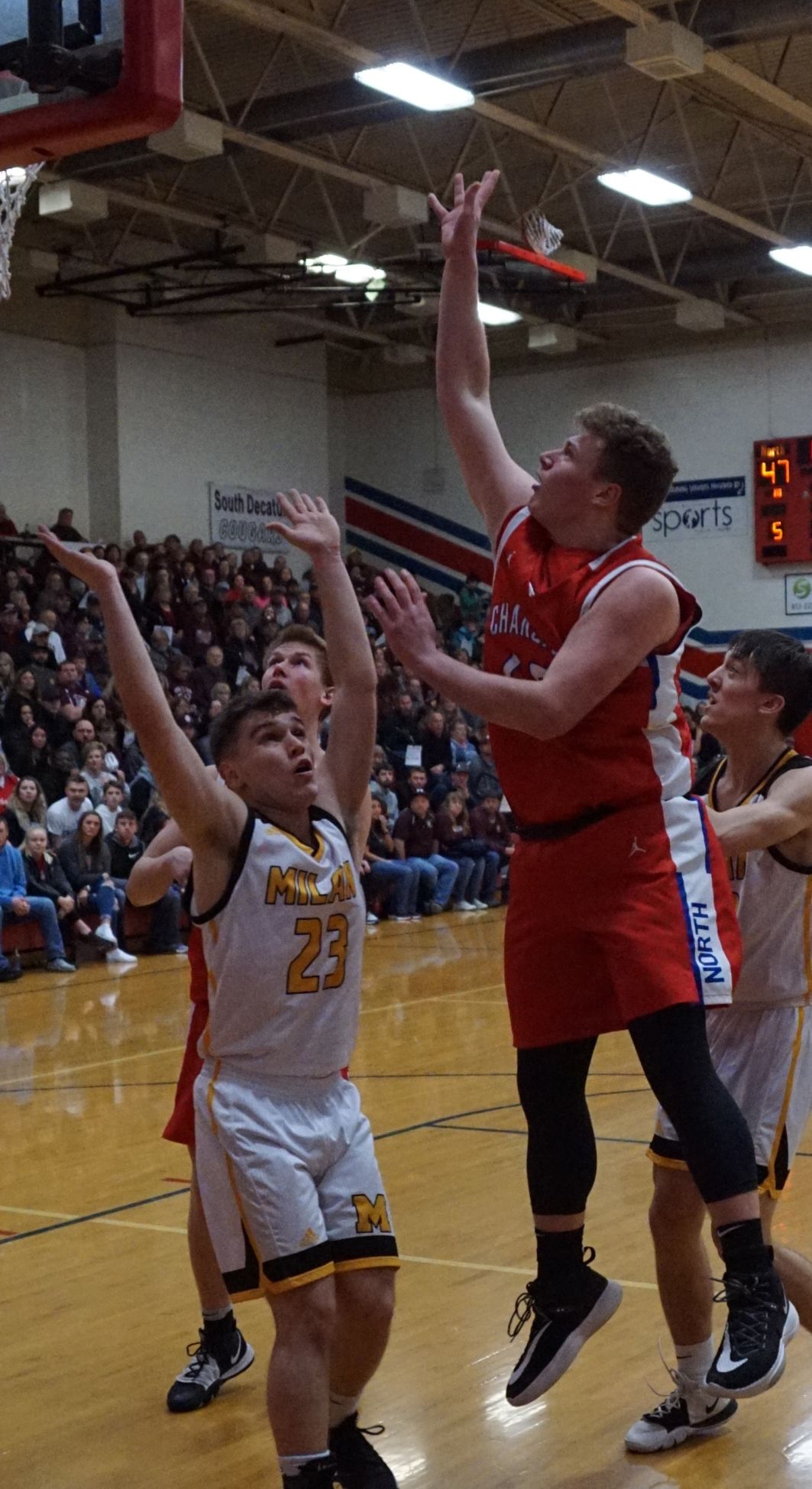 Trey Nobbe goes up in the lane over the Milan defenders.

LEFT: Hunter Johnson goes up on the baseline and draws a blocking foul on Friday night against Triton Central. RIGHT: Trey Nobbe goes up in the lane over the Milan defenders.

Trey Nobbe goes up in the lane over the Milan defenders.

Beginning the night, the Chargers and Indians met and put on a show that you could not take your eyes off of if you were in attendance. The Chargers came away with a 66-60 win in the first of two semi-final games.

After allowing the Indians to lead by as many as 16 in the early portions of the first half, the Chargers battled to get back within a dozen at the halftime break.

To begin the second half, the Chargers found their motivation, carving into the lead with a 12-1 run. This drew the Chargers within a single point of the Indians.

Still the Indians held strong and pulled back ahead into the fourth quarter.

In the fourth quarter, the Chargers took their first lead of the game with 6:52 remaining on a Trey Nobbe 3-pointer.

The change in lead awoke the spirit in the Indians. They charged back ahead by seven points when the Chargers called a timeout with 1:51 remaining in the game.

From that mark on, the Charges outscored the Indians 13-0.

First a Nobbe 3-pointer, then a Wood 3-pointer then a Wood lay-up led the Chargers to taking the lead. From there, the Chargers hit free throws to seal the win and punch their ticket to Saturday night’s sectional championship game.

After the North Decatur win, the ball was in South Decatur’s hands to complete the North vs. South sectional championship matchup.

The Cougars followed through with a 76-63 win in a much slower paced game than the Cougars are used to.

The Tigers put up a fight against the Cougars, who were presumably using the night to save energy for the sectional championship game on Saturday night.

Experience played key for the Cougars down the stretch against the senior-less Tigers, as the Cougars built as big as an 18 point lead in the final four minutes.

Hunter Johnson and Lane Lauderbaugh were a 2-man wrecking crew on offense.

Dominic Walters finished with a 10 point and 10 assists double-double.