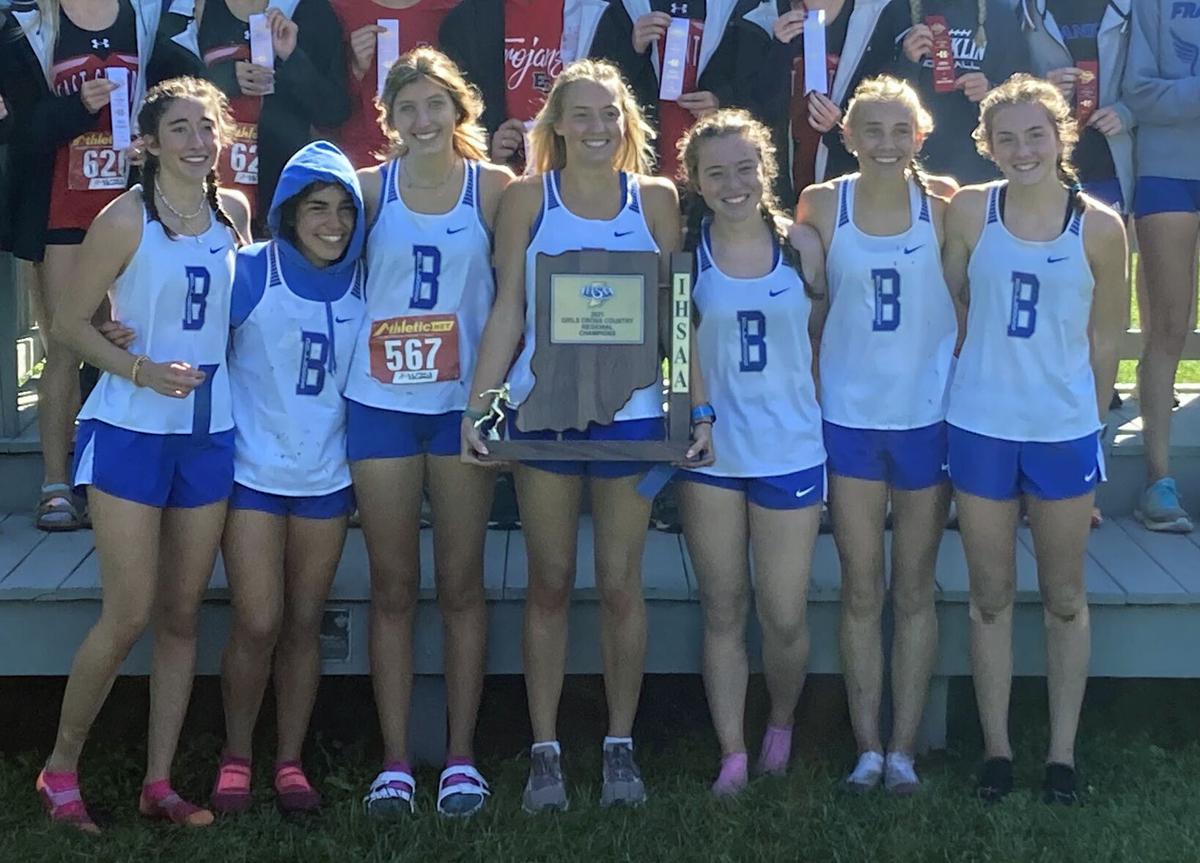 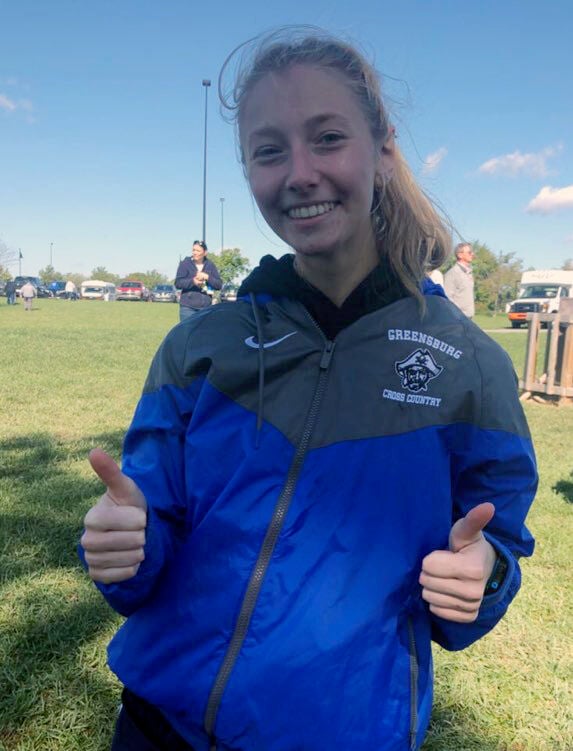 Greensburg’s Emily Mangels advanced to the semistate for the fourth straight year.

Greensburg’s Emily Mangels advanced to the semistate for the fourth straight year.

Batesville had six girls named to the all-regional team (Top 20 individuals) en route to the title. The Lady Bulldogs were led by freshman Kaylyn Bedel in fifth (20:32) followed by Ava Hanson (eighth) and Megan Allgeier (ninth), crossing the finish line almost simultaneously. A nice pack of three came through in 17th, 18th and 19th with Lily Pinckley, Maria Lopez and Sophie Myers fighting to the finish. Madison Rahschulte finished out the varsity seven for the Bulldogs in a strong 41st place finish.

The Bulldogs placed third for the boys. Center Grove won the team title with 51 followed by Whiteland 75 and Batesville 79. Mooresville and Indian Creek also earned a trip to the semistate.

The Bulldogs were led by seniors Benjamin Moster, who was regional runner-up (17:02) and Ean Loichinger, just behind him in fourth (17:11). Also, running in the top 20 with a fantastic finish was senior Daren Smith in 13th. All three of these seniors were named to the all-regional team. The fourth Bulldog to cross the line was Jake Chapman with a strong 27th finish and Eli Loichinger finishing the scoring at 51st. The other varsity runners for the Dogs were Will Nuhring (61st) and Benjamin Adams (84th).

“I am excited to have another week with this bunch, especially the 12 seniors. Semistate competition is definitely a tough one. The Bulldogs will be up against 20 teams plus 40 individuals in each race. The boys have nine of those 20 teams ranked in the top 20 of the state right now and the girls will be up against eight ranked in the top 20. They will need to place in the top six to advance to state competition,” Coach Gausman said.

For the boys, the Pirates finished eighth at the regional.

For the girls, the Lady Pirates finished ninth, but qualified one harrier for the semistate.

Senior Emily Mangels was the top finisher for the Greensburg. She came in 38th overall in 22:42. That performance earned Mangels a spot in the IHSAA semistate for the fourth consecutive year.

Sophomore Hannah Crowell had a strong finish taking 40th place in 22:47. The next two finishers for Greensburg were freshmen runners. Tori Gauck was 46th in 22:55 while teammate Tiffani Gramman placed 48th in 22:58. Malana Kramer finished in 25:36 for 76th place. Ally Foster was 81st in 25:54.

The Cougars finished ninth for the boys at the regional.

The Lady Cougars finished 10th at the regional.

“We had a great year of watching this young team grow as well as qualifying as a whole. This is something to be proud of as we end the season,” Coach Fromer noted.

Rushville hosted the regional on Saturday and the Lions were able to advance to the semistate as a team. The Lady Lions will also be represented as Olivia Wehr advanced as an individual.

The Lions advance to the semistate as a team for the first time since 2012.

Coach Tush said the Lions were disappointed in how last week’s sectional went.

Senior Kyle Stanley said, “The only way to make up for losing sectional was to qualify the team for semistate.”

“This is a runner who knows he will qualify as an individual, but all he cared about was getting the team to semistate. He is a great competitor and a very humble individual. I am so proud of how well they all competed on a slow, soggy course. They kept confidence in their training, and once they believed they could qualify, they did. They left it all on the course, and that was the goal,” Coach Tush said.

Olivia Wehr led the Lady Lions in 21:52 to earn a berth in the semistate.

“She continued to show confidence in herself and rose to the occasion to earn a spot in the semistate next weekend. All week we worked to get her mindset in the right place. We talked about strategy and race scenarios,” Coach Tush added. “It came down to the last 200 meters, and she was approximately the 11th individual. Only 10 qualify for the next round. Wehr kicked it in passing the two girls that we had discussed, and our plan came together.”

Shelbyville hosts the semistate next Saturday morning at the Blue River Park. The boys’ race begins at 10:30 a.m. and the girls follow at 11:15 a.m.