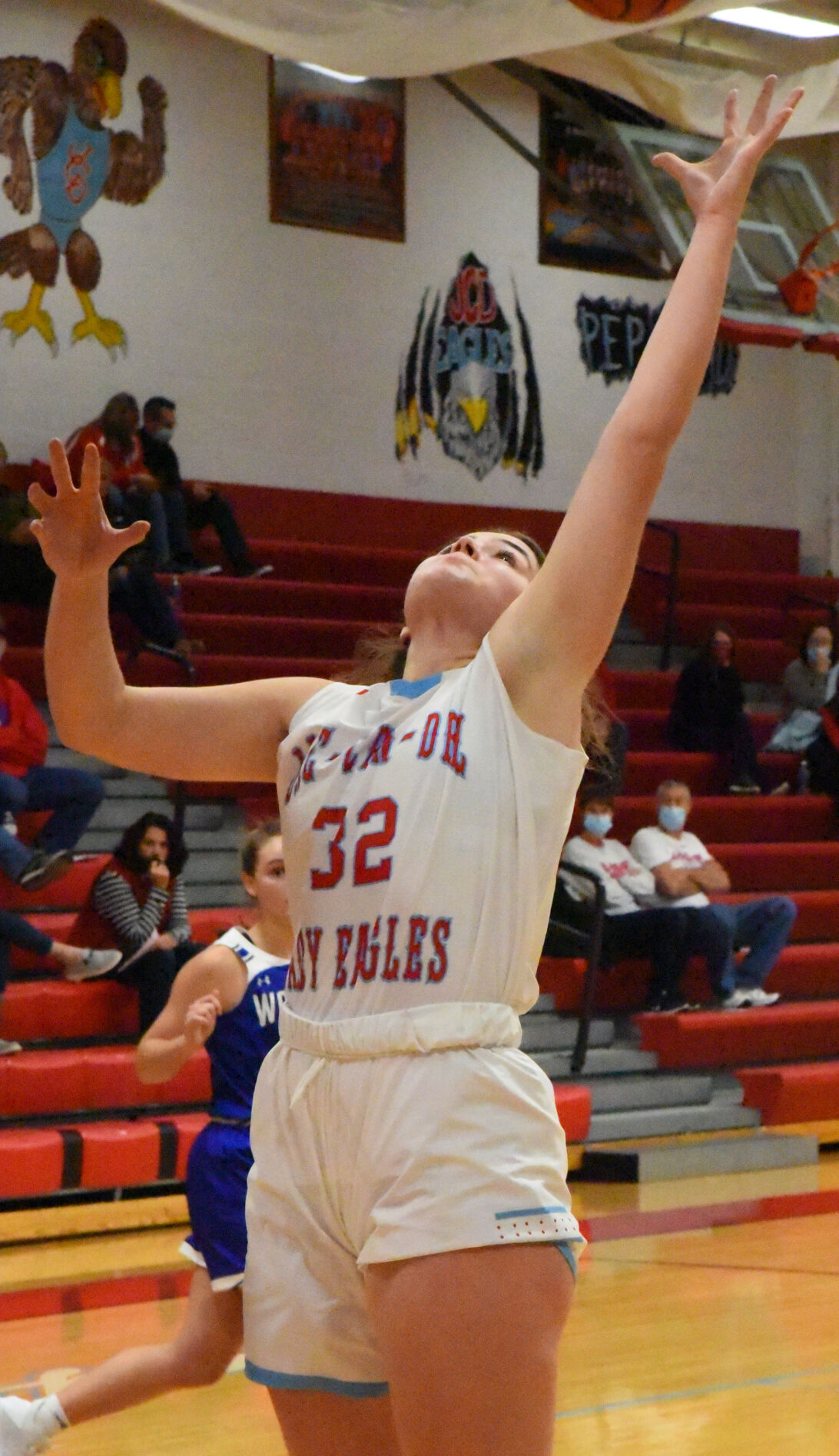 JCD senior Paige Ledford reaches for a rebound Tuesday against Waldron. She became the school's all-time leader in rebounds. 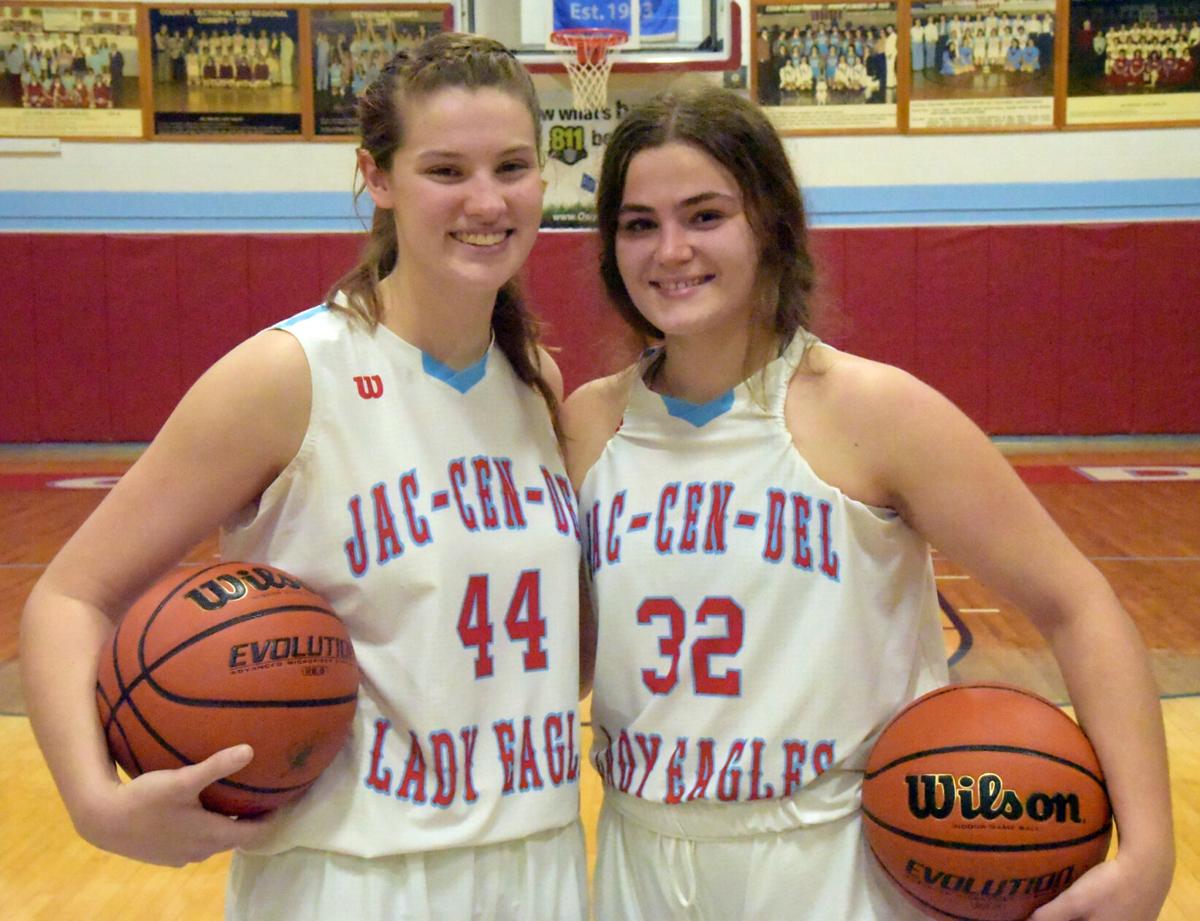 JCD senior Paige Ledford reaches for a rebound Tuesday against Waldron. She became the school's all-time leader in rebounds.

The 6-foot Jac-Cen-Del senior grabbed a rebound a couple minutes into the game against Waldron, giving her 823 career boards.

In the fourth quarter, the lefty scored a fast-break layup to crack 1,000 career points.

Ledford, who has committed to Thomas More University in Kentucky, became the ninth player in school history to reach 1,000 points.

“I’m proud of everyone,” said Ledford, who came into the game with 982 points in her four-year career. “I didn’t even realize I had 19 points tonight. I’m really proud of everyone. Our defense played really well. Hopefully on to 1,000 rebounds now.”

Ledford, who finished with 19 points and 11 rebounds, shined on a night when the quality of play wasn’t quite what many might’ve expected from two ranked teams. Waldron came in with a 5-1 record and ranked No. 5 in Class 1A, while JCD was one spot behind in the AP poll.

Ledford dominated in the paint early, scoring 11 in the first quarter to help the Eagles stake a 15-6 advantage. Her teammates then got more involved, particularly in the third quarter, when they sank three 3-pointers and stretched their lead.

As the finals seconds ticked away, Jac-Cen-Del fans applauded the Eagles.

“I thought our defense was really good,” coach Scott Smith said. “We made a lot of mental mistakes; of course their defense does that too. The kids came through. It was kind of an ugly win. Both teams are going to be much, much better by the end of the year for sure.”

Waldron junior Nichole Garner scored 11 points to lead the Mohawks, who made only nine field goals.

Kaytlin Sizemore led all scorers with 18. She drained five 3-pointers, including four in the second half.

JCD (5-2) will aim for its fourth straight win Thursday when it travels to Batesville (2-4).