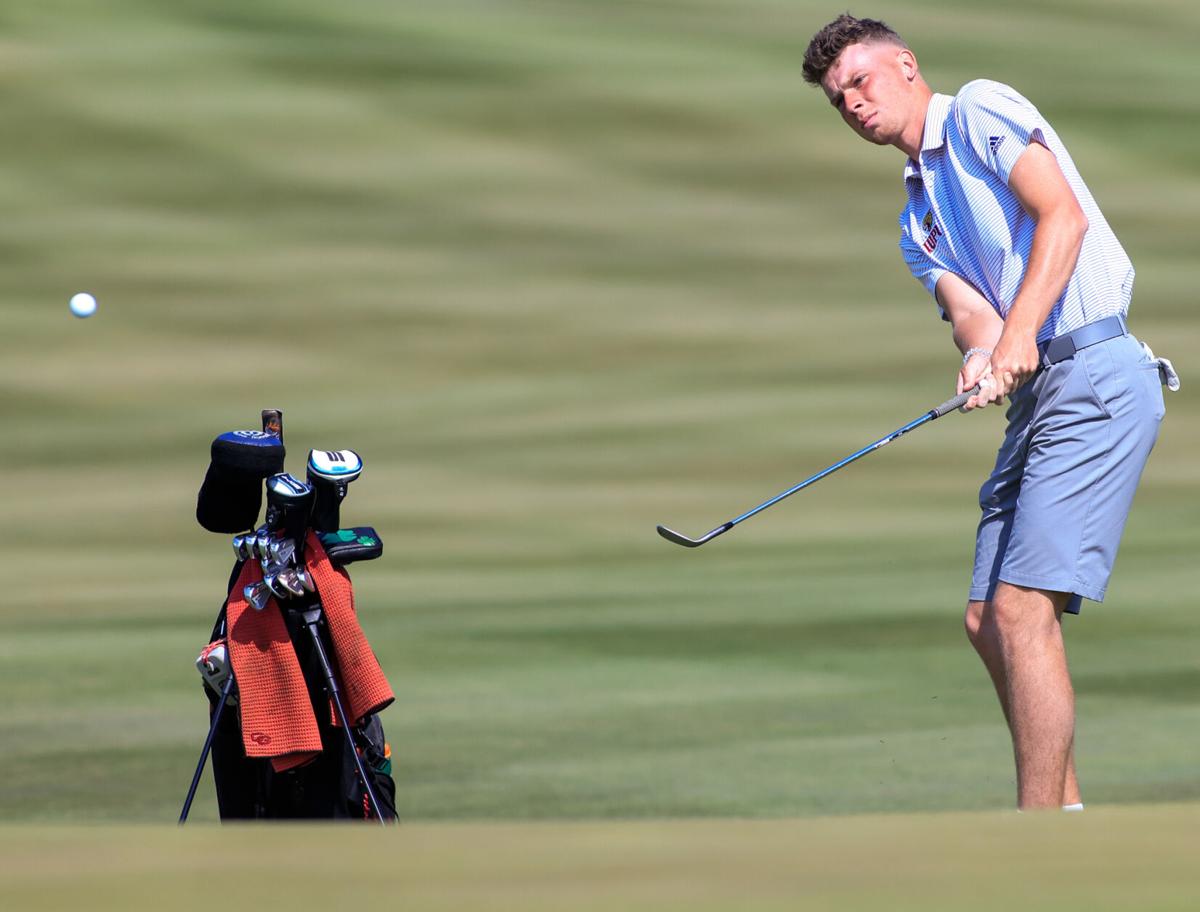 Keegan McCullough, a 2016 Greensburg graduate, will soon graduate from IUPUI. He plans to remain in Indianapolis this summer and play amateur tournaments before moving to Florida in September and turning professional. 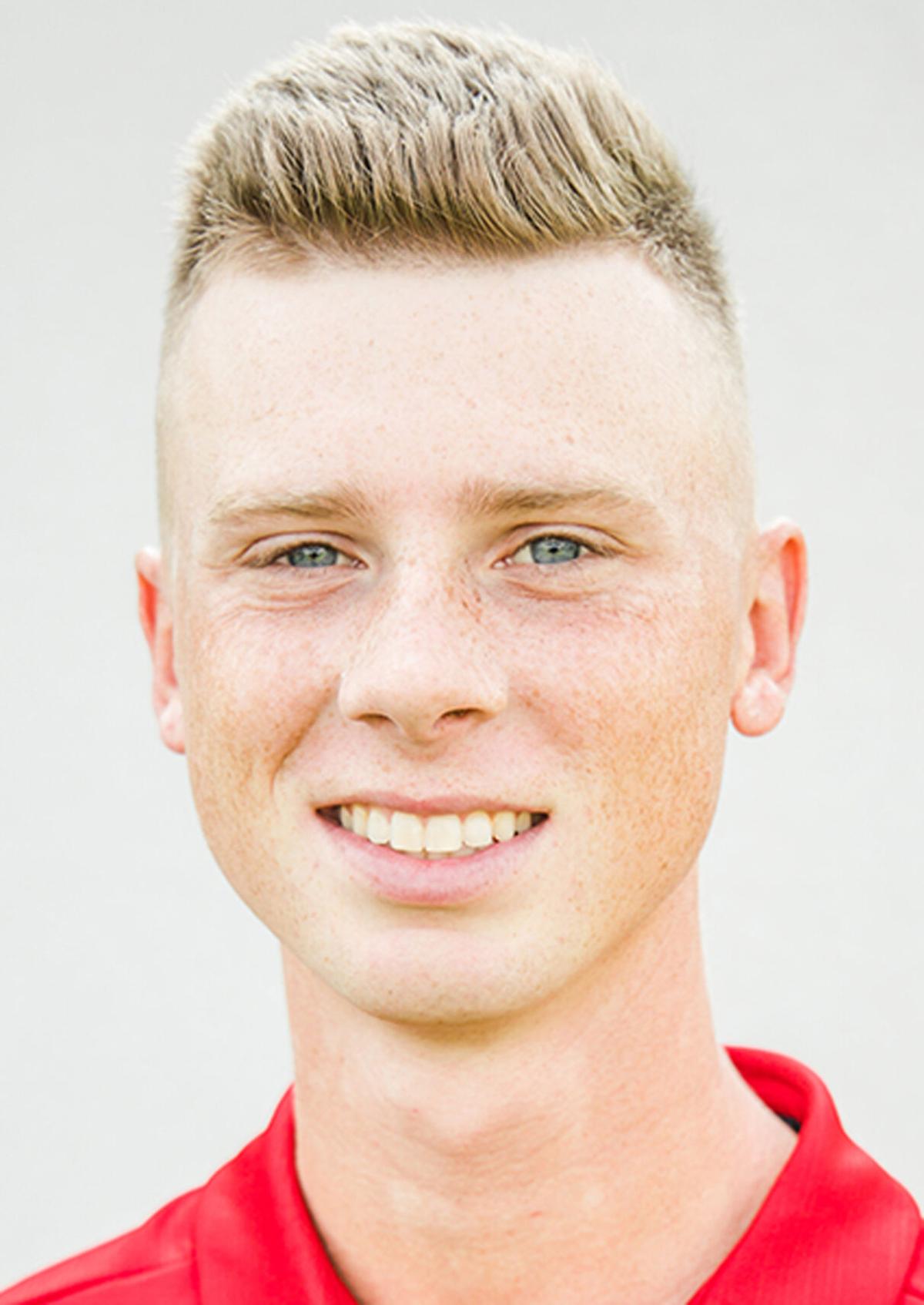 Keegan McCullough, a 2016 Greensburg graduate, will soon graduate from IUPUI. He plans to remain in Indianapolis this summer and play amateur tournaments before moving to Florida in September and turning professional.

“It was bittersweet for sure, especially walking off the last hole,” McCullough said. “It was kind of crazy. All the emotions and the memories my last four years kind of just flooded in all at once. That was kind of cool, to get all the flashbacks and relive that for a couple minutes.”

While one chapter of his golf career is closing, another is getting ready to start.

McCullough will remain an amateur throughout this summer before moving to Florida and turning professional in September.

“It’s a dream I’ve had since I was really little,” he said. “It’s definitely nice to kind of see it come into fruition finally.”

IUPUI coach Jamie Broce said McCullough was a very good, solid player at IUPUI. It was unfortunate that Covid took away his spring junior season and fall senior season, he said, and the team will miss his leadership when they resume in the fall.

“I look forward to watching him progress over the next few years as he pursues professional golf,” Broce said.

“Two pieces of advice I would give him:

• “1. Play and compete as often as you can in the beginning.

• “2. Take the long-term approach and just make yourself better by an inch every day. Go get ’em Keegs!”

IUPUI assistant coach Vince Drahman said the sky is the limit for McCullough.

“He has the talent and support system in place to be successful as a pro golfer,” Drahman said. “He has a great plan laid out and an opportunity to do great things. It will come down to work ethic and determination, and I know Keegan possesses both of those qualities.”

McCullough was a standout player during his career at Greensburg. He won the EIAC tournament his junior and senior years, and finished as the regional runner-up to qualify for state as an individual his senior year.

He received several offers from Division I schools, but wasn’t able to accept any of them.

“Unfortunately, my grades weren’t as good as they should’ve been,” McCullough said.

He went the junior college route instead, choosing Division III Vincennes. He didn’t know what to expect there, but was glad when the Vincennes golf team was able to play in DI and DII events.

“It was really cool to get that exposure,” he said, “and it was really a nice way to ease into the college experience.”

McCullough learned time management, particularly juggling classes and practices. He brought his grades up, which prompted some of those DI offers to return.

“That was really nice,” McCullough said. “It paved the way for me to be ready to go to the DI level, and was really a nice stepping stone.”

Work off the course

Because of NCAA transfer rules, McCullough had to redshirt his first year with IUPUI. He was allowed to be in contact with the team, which he admits was rough. However, he could still practice and use the facilities, and it allowed him to get adjusted and get his grades off to a good start.

When the pandemic hit, he was forced to go through another spell without playing competitive golf.

He used the time to get stronger physically and mentally.

He’s noticed how the extra mental and physical work has translated onto the golf course.

“Mentally, I know I’m there. I know what to do in certain situations; I know how to handle myself under pressure and things like that. I’m starting to really thrive under the pressure instead of shying away from it like I would’ve in the past when I was younger,” McCullough said.

“As far as my body, I’m seeing progress. I’m starting to hit the ball a lot further. My touch around the greens is getting a lot better. So all the work I’m putting in as far as strength, flexibility and mobility is really starting to pay off.”

McCullough started his senior season with a bang, finishing tied for 10th in Myrtle Beach.

IUPUI played in a tournament in Kentucky and two in Ohio, leading up to the Horizon League Golf Championship. It was held April 25-27 at Kampen Golf Course in West Lafayette.

McCullough finished tied for 16th out of 50 players. He made three birdies on the front nine in the final round, before ultimately shooting a 3-over 75. It came after rounds of 76 and 75.

Living in Indianapolis, golfers are at the mercy of the unpredictable spring weather. IUPUI typically goes south to play most tournaments, but because they weren’t able to fly, that wasn’t the case this year.

After not getting to play collegiate tournaments in 2020, and not being able to practice and prepare like usual, McCullough admits it wasn’t his best season.

“I really never got the tournament rust knocked off,” he said, “but I’m finding my form.”

He has one week of classes, with finals next week. His downtown apartment lease lasts until the end of July, so he’ll remain there this summer and plans to compete in seven Indiana section amateur tournaments.

He’ll play Monday in a US Open qualifier at the Country Club of Indianapolis.

“I played the Indiana Open there last year, so I have a pretty good idea about it,” McCullough said.

Other big tournament will be the Indiana Open, the Indiana Amateur and the US Amateur qualifier.

He’ll turn professional in September and move to Sarasota, Florida. McCullough has a couple connections at country clubs there. He’ll be able to work with his swing coach – who lives in Florida – once again in person.

McCullough plans to play on the West Florida Tour winter series from November through March, and then begin the summer series. He’ll also go to Q school for the Korn Ferry Tour.

“If all goes well in the next year, the plan is to be able to obtain my PGA card,” he said.

McCullough is already getting a taste of what life will be like going forward, now that he no longer has practice obligations and his school work is coming to an end. He’ll soon be solely a full-time athlete and be able to focus all his time and energy on that.

“It’s just another chapter, really,” he said. “It’s gonna be a grind, that’s for sure. … It’s nice, just because now I can really focus in.”

McCullough’s parents, David and Christine, still live near Greensburg. He thanked them for all of their support, along with his grandparents. His mother’s parents, Rick and Wanda Ebinger, spend winters in Florida, so he’ll likely see them after he moves.

McCullough’s grandpa on his dad’s side, Jerry McCullough, lives in Columbus and is one of his biggest fans.

“My grandpa has been to every tournament since I was really, really little, so he’s stoked,” McCullough said.

His grandma, Karen McCullough, passed away a couple months ago. She was a big inspiration in McCullough’s life, and she knew he was going to be successful.

“She’s been my big driving force these past couple months to practice and do all the workouts,” McCullough said. “I want to make her proud.”