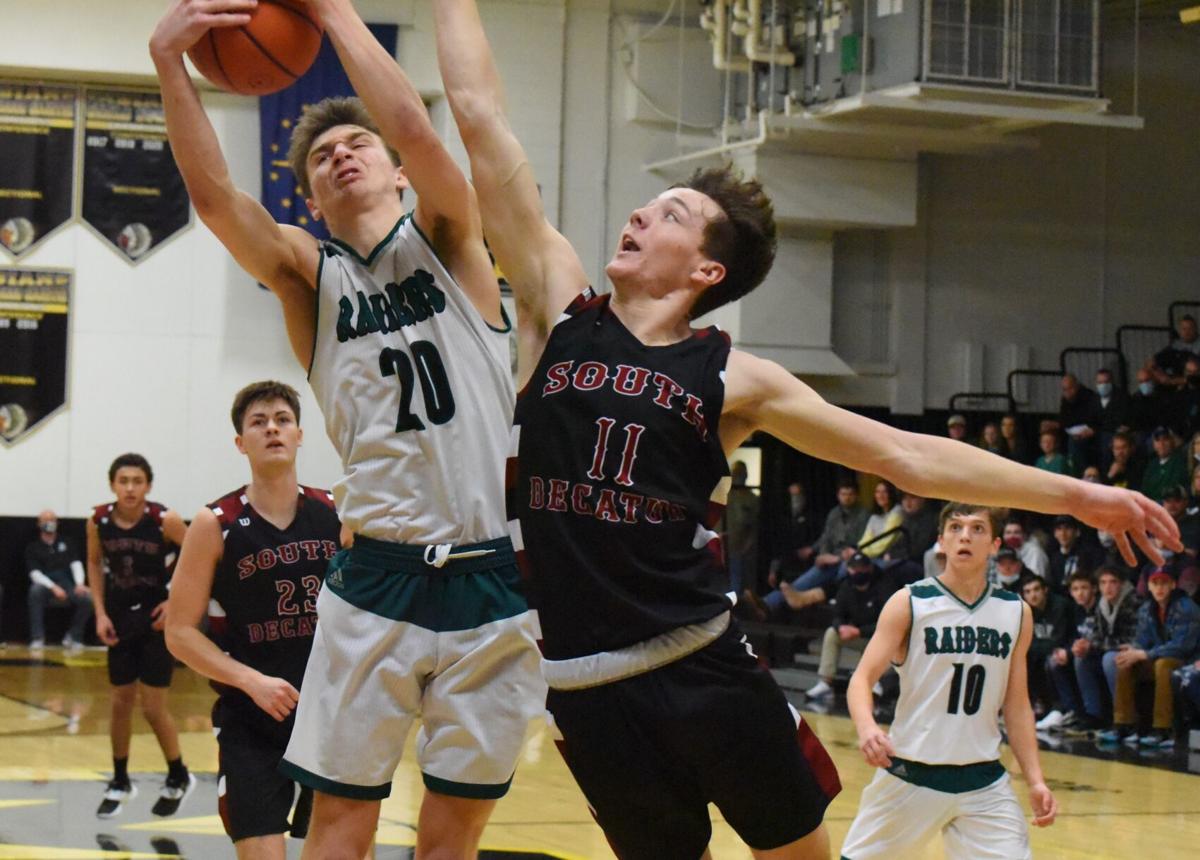 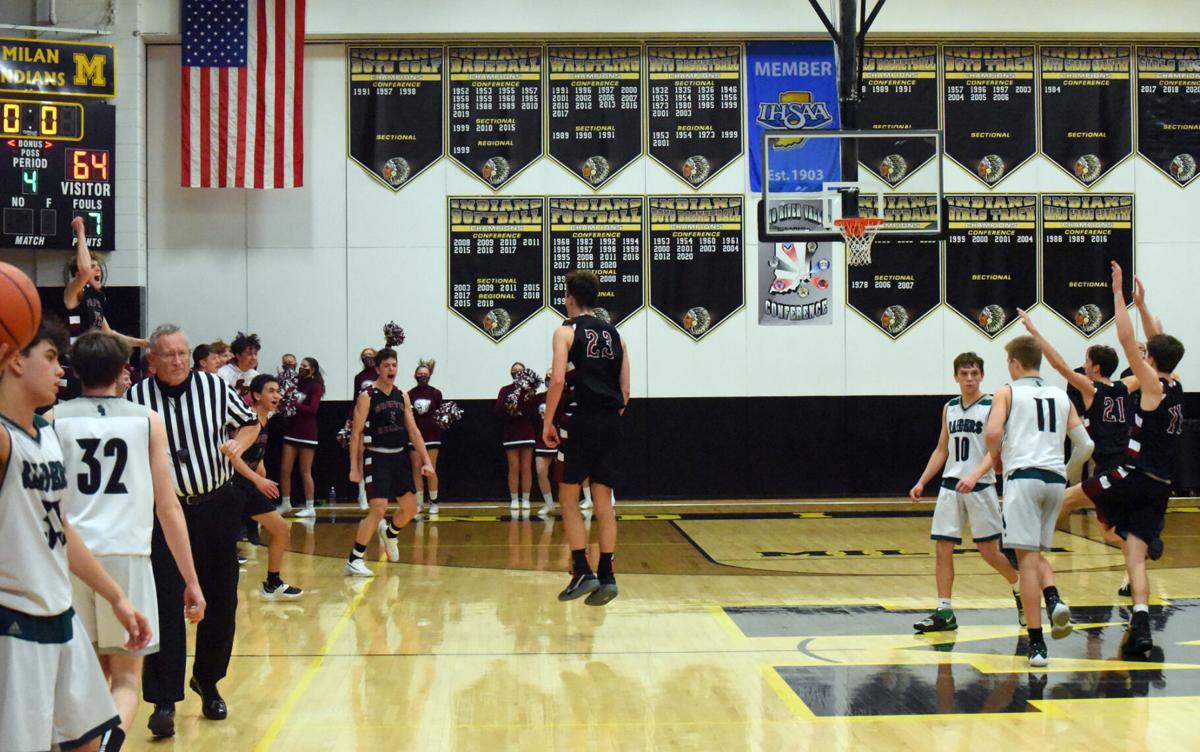 Players from both teams react after South Ripley’s shot at the buzzer bounced off the rim.

Players from both teams react after South Ripley’s shot at the buzzer bounced off the rim.

MILAN — Fans held their collective breath as the ball hung in the air. Cody Samples’ half-court heave at the horn hit the rim, allowing South Decatur to rejoice and leaving South Ripley stunned.

In a back-and-forth battle with an electric atmosphere, the Cougars knocked off the Raiders 64-62 Friday in Sectional 44 action at Milan. They’ll play at 7 p.m. Saturday for the championship against Triton Central, which rallied to beat Milan 62-60 in the first semifinal game Friday night.

The exciting game featured possibly the largest — and undoubtedly the loudest — crowd both teams have played in front of since the pandemic started nearly a year ago. The teams traded punches throughout, where one would make a bucket and their fans cheered, but the other team would answer right back to elicit a roar on the other side of the gym.

Clearly amped up by the crowd and atmosphere, the players showed plenty of emotion. Hunter Johnson received a technical early in the second quarter after he made a fastbreak layup, turning around and yelling "Let's go!" A South Ripley player was nearby when Johnson turned around, and a referee apparently deemed Johnson was taunting.

Samples got whistled for a tech only a couple minutes later. The senior star sank a 3 over Johnson, and appeared to yell in his direction. It was a significant call because it counted as Samples' third personal foul.

The Cougars led 28-27 at the break thanks to a late bucket from freshman Jacob Scruggs. They started the third on a 7-0 run, but the Raiders answered right back with a 7-0 spurt.

Tied 40-40, SD junior Evan Wullenweber started to get hot. The left-handed junior sank back-to-back 3-pointers, raising his hand to hold up three fingers while appearing to look at South Ripley's student section as he jogged down the court.

Wullenweber was far from finished. His biggest shot came with 1:10 left, when he sank yet another 3 from the wing. It put the Cougars ahead 62-58.

Two free throws by the Raiders pulled them within two, but Johnson made two freebies with 39 seconds for a 64-60 lead.

Samples drove in for a layup to again pull within two.

The Cougars had a chance to add to their lead with 2.6 seconds left, but Tyler Sporleder missed the front end of a 1-and-1. Samples raced up the court and launched a shot from behind the half-court line that hit off the right side of the rim.

It was just the second loss this season for South Ripley (21-2), which came in ranked No. 5 in Class 2A.

South Decatur (15-7) was led by Wullenweber and Lane Lauderbaugh with 19 points apiece. Lauderbaugh scored all 12 of the Cougars’ points in the first quarter.

The Cougars have won four straight and 10 of their last 12.

Samples led the Raiders with 26 points, while Nick Schwarte made four 3s for 12 points.

The Cougars avenged an 85-78 loss to SR in December. It's also the second straight year they've eliminated the Raiders, dispatching them 69-61 a year ago.

Saturday's title game will be the first meeting this season between SD and Triton Central (12-8). The two squads had a regular season game cancelled because of inclement weather.