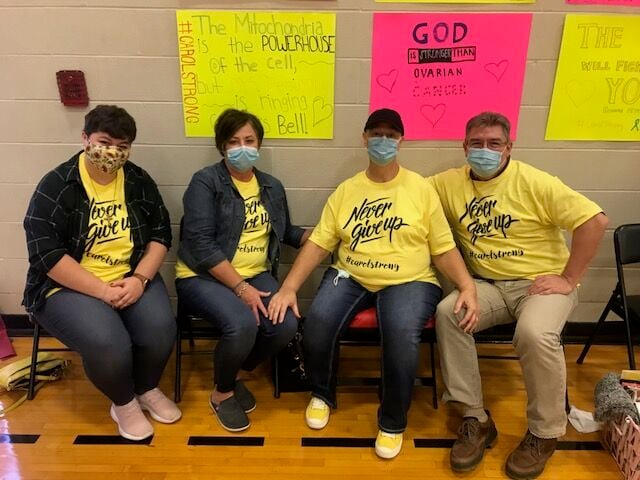 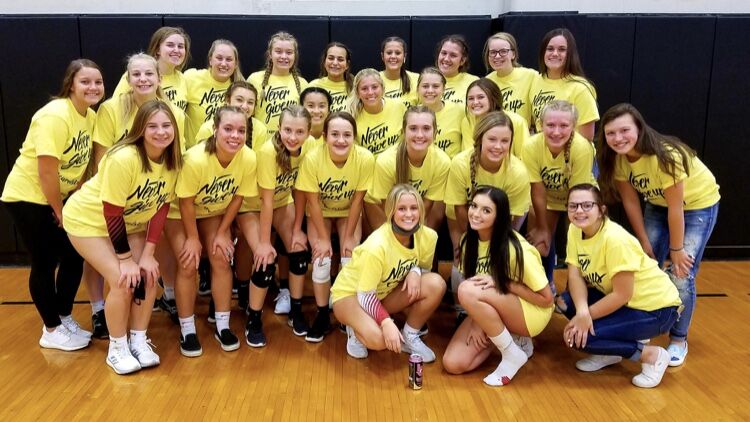 Rushville’s Kendra Hamilton broke the single game record for digs with 42, the old record was 34.

It was a special night at RCHS as the team honored Carol Fenimore, an RCHS Teacher, who is battling a second round of ovarian cancer. In addition, it was the last home game for the lady Lions seniors Emily Hadley, Jose Fields, Abby Buckley, Kendra Hamilton, Jama Barnes, Carley Jobe, Katie Yeend, Addison Ballenger, and manager Ashley Todd.

“It was a very emotional night. To be able to honor Carol in her fight over cancer was just a moment I will never forget. Then, to have these seniors walk off the court for the last time brought even more tears. These seniors have had a very big part in turning this program around. I can not say enough about the foundation they have laid for future volleyball players and this program. These last three years, as their coach, has allowed me to see their growth, which has been amazing to watch and to be able to be a part of that,” Coach Scanlan said.