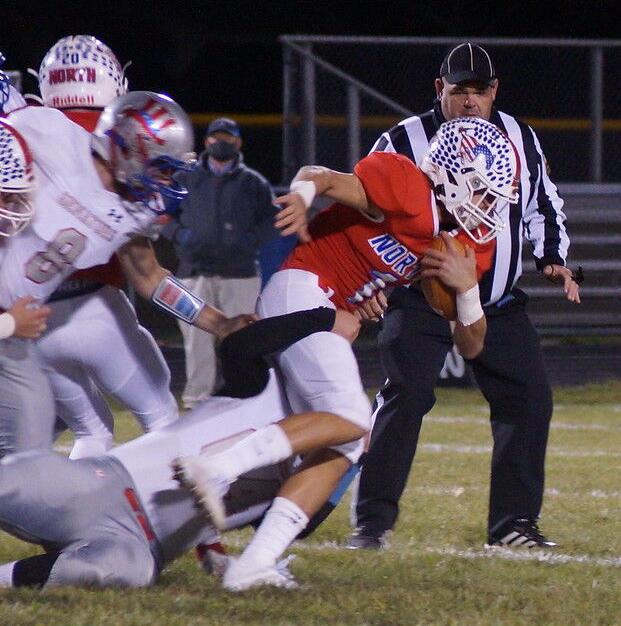 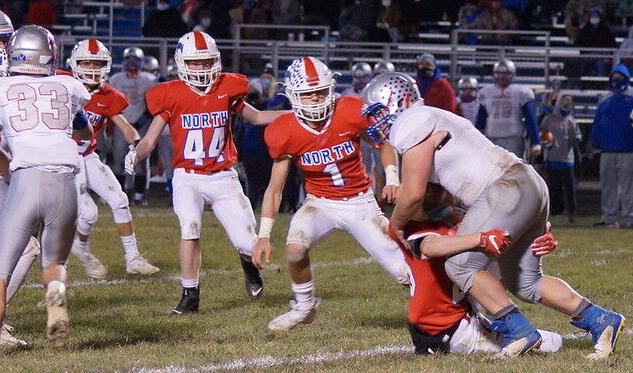 The Chargers fought valiantly but in the end were not able to contain the running offense of the visiting West Washington Senators. No. 4 West Washington won the regional title 36-20.

After winning the toss, the Chargers marched down the field to jump on the scoreboard first. Carson Parmer found Logan Koehne for the 10-yard touchdown pass. Reid Messer added the extra point to put the Chargers on top 7-0.

The Senators, behind a massive offensive line, a running back bigger than most of the Chargers’ offensive line, and a wily quarterback, answered back quickly and the back and forth battle began. West Washington’s Bobby Stevens scored on a 33-yard run and Holden Bowsman added the 2-point conversion to give the Senators an 8-7 lead.

North came back with a 30-yard connection from Parmer to Koehne to make it 14-8 heading to the second quarter.

Stevens added an 11-yard TD run with Jaxson Cambron scoring the 2-point conversion to give the lead back to the Senators.

Reminiscent of last year’s regional game, the Senators scored right before half to go up one score. Bowsman scored on a 4-yard run to put the Senators on top 22-14 at the half.

The Chargers had multiple stops in the third quarter, but could never flip the field and win the battle of position, shooting themselves in the foot on multiple occasions.

Stevens added a 9-yard TD run in the third quarter. The 2-point conversion was good as Parker Green passed to Bowsman.

In the fourth, Koehne scored on a 5-yard pass from Parmer for the Chargers. West Washington added a Stevens 5-yard TD run to make the final score 36-20.

Ultimately, the tale of the game is summed up in the fourth down conversions statistic in which the Senators were 6-of-8. The Chargers, in an uncharacteristic outing, gave up 388 yards of rushing offense and 6.1 yards average per rush.