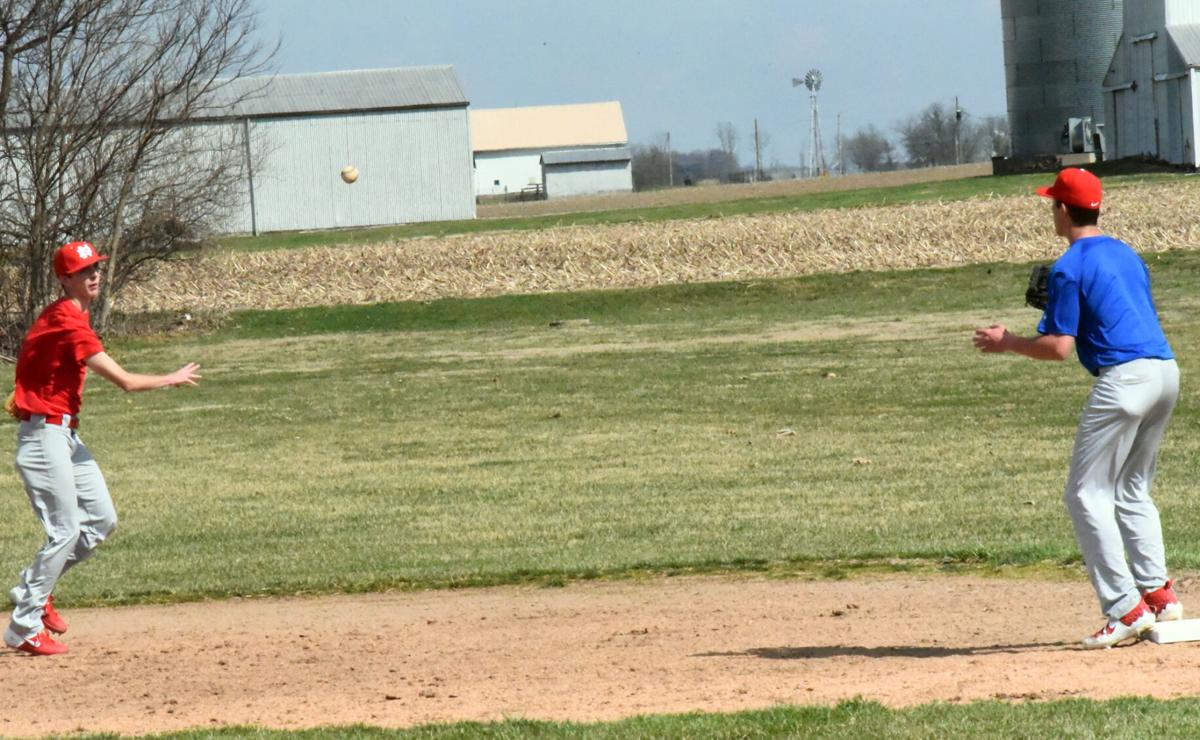 Trent Gauck goes airborn to snag the ball as Nate O’Dell looks on.

Trent Gauck goes airborn to snag the ball as Nate O’Dell looks on.

GREENSBURG – Baseball is a sport that appears to be slowly dying.

That’s the opinion, anyway, of North Decatur coach Steve Stirn. And after missing last season because of the pandemic, it certainly hasn’t helped matters.

“Last year really hurt us. It obviously hurt everybody,” Stirn said. “Baseball is a sport that is dying to a certain degree it seems like, at least from my perspective. We get a lot of young kids who haven’t played a lot, who may have joined late and, therefore, developmentally they’re a little behind some of the competition. Then they take an entire year off – that’s hard. And it looks like it. When we go hit and we’re throwing, you can tell.”

North Decatur’s numbers are down, with only 13 players coming out to play baseball this spring. Stirn, who is embarking on his fifth season as the coach, has had as many as 24 players come out, allowing North to have a junior varsity team and play its own schedule.

That’s obviously not happening this year, and Stirn is approaching expectations and goal setting with caution. The Chargers have been a perennial contender for the Mid-Hoosier Conference title in recent years, although they haven’t been able to knock off recurring champion Hauser.

Baseball is a sport that is basically always the same. It’s not like football or basketball, where the opponent can dictate how the game is played.

Because of that, Stirn and the Chargers spend all of their time trying to get better at baseball and don’t worry about which team is next on the schedule.

“We cannot beat ourselves and the other team at the same time,” Stirn said. “You can’t. If you’re beating yourself, you have no chance of then turning around and beating them. And you beat yourself by giving extra outs, or not taking advantage of their mistakes.”

Gauck and Howell have the most experience on the roster. Gauck is a four-year starter at second base, while Howell is a three-year starter in center field.

“He embraces playing outfield, he enjoys it,” Stirn said of Howell. “He has really, really good speed; tracks the ball well. He’s a good vocal leader for our young guys who are gonna end up on either side of him in right and left field, in terms of staying in their head. He’s a very cerebral kid who will communicate with them.

“Trent has kind of got to do the same thing in the infield as our second baseman. He will play some shortstop as well.”

Both players are going from a support role offensively, hitting in the middle or bottom or the lineup, to the top of the lineup, where they’ll be expected to produce.

“Those two guys, offensively and defensively, have got to be the two guys we lean on the most,” Stirn said.

Mirick is the only player on the roster who has thrown more than two varsity innings. He went 1-1 with a 1.53 ERA as a freshman. He was primarily a relief pitcher because of his tremendous command on his fastball and change up.

“He understands pitching and is a kid who loves baseball,” Stirn said of Mirick. “He’s not gonna throw 90, but he’s gonna keep you in a game because he understands how to pitch and he has the athletic ability to be able to execute it.”

Parmer is joining the program after playing baseball as a youth. Stirn also coaches football, and Parmer was the starting quarterback this past season. He knows Parmer has a big arm and is excited to see what he can do on the mound.

“I know the moment won’t be too big for him,” Stirn said. “Some kids, you put them out there in the middle of the field and everybody is looking at them and they don’t do real well with that. But he’s a competitive kid and certainly has the athletic ability. He’ll find a way to compete, and he brings us a very important second starter.”

O’Dell is arguably the Chargers’ most talented infielder in regards to his hands and feet, Stirn said, and he predicts this season will be O’Dell’s coming out party.

“Offensively, he’s a kid who gives you headaches because he puts the bat on the ball, puts it in play and he’s fast enough to get to first base,” Stirn said. “And before you know it he’s a .300-.400 hitter and very productive.”

Connor Messer is a four-year starter who is making the move from first to third. He batted .447 as a sophomore and earned all-conference honors. He’s probably the best power hitter on the team, Stirn said.

“I hope he has a good season and I anticipate him to” Stirn said. “He’s hit the ball very well in practice up to this point.”

Reid Messer, Connor’s younger brother, is a sophomore who will start at catcher.

“He loves baseball, studies it and is aware of it,” Stirn said. “He’ll be a good leader for us on the field as a catcher.”

The season is slated to open Thursday at Greensburg, although the weather could certainly alter the schedule. Thursday’s forecasted high is in the 30s, with a strong north wind.

Whenever the season begins, it will be interesting to see how batters respond to hitting live pitching.

Stirn has a suggestion to umpires this season: open up the strike zone.

“I think that will make hitters aggressive and it’s going to help pitchers,” he said. “And hopefully that gets us to where we should’ve been at this point, knowing we’ve all had a year off.”