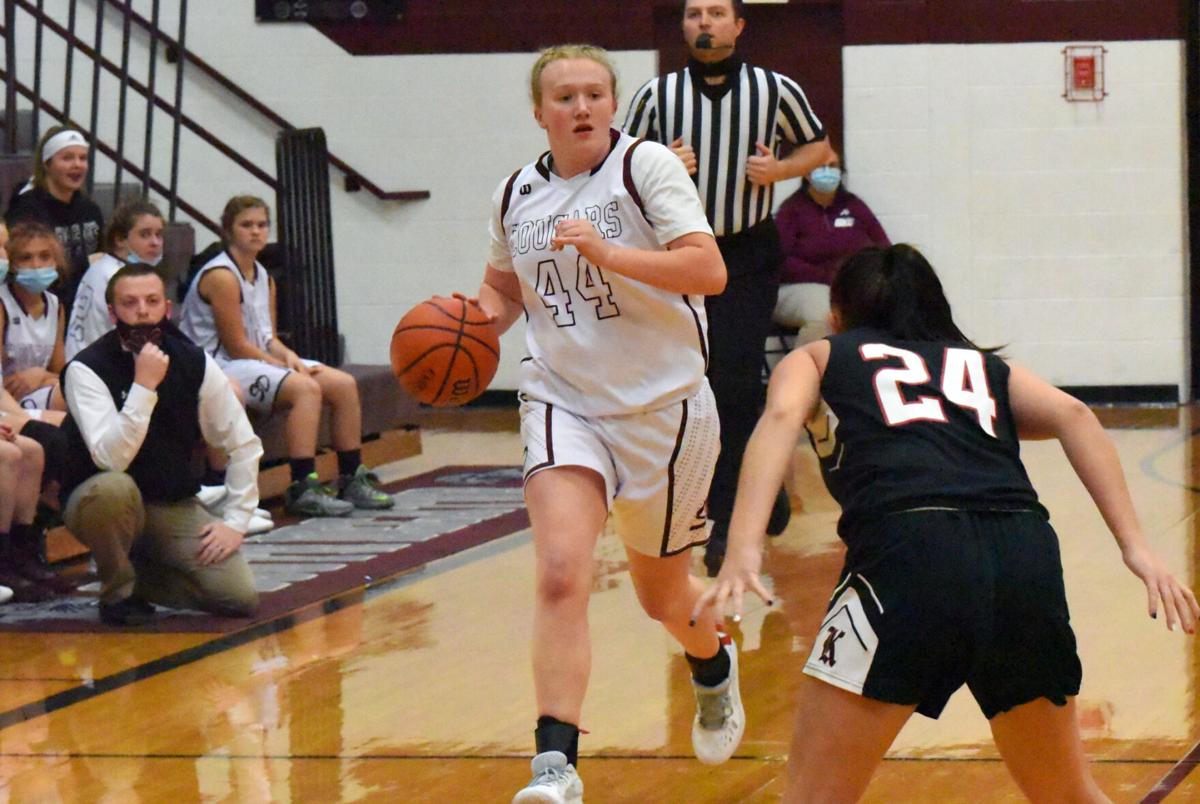 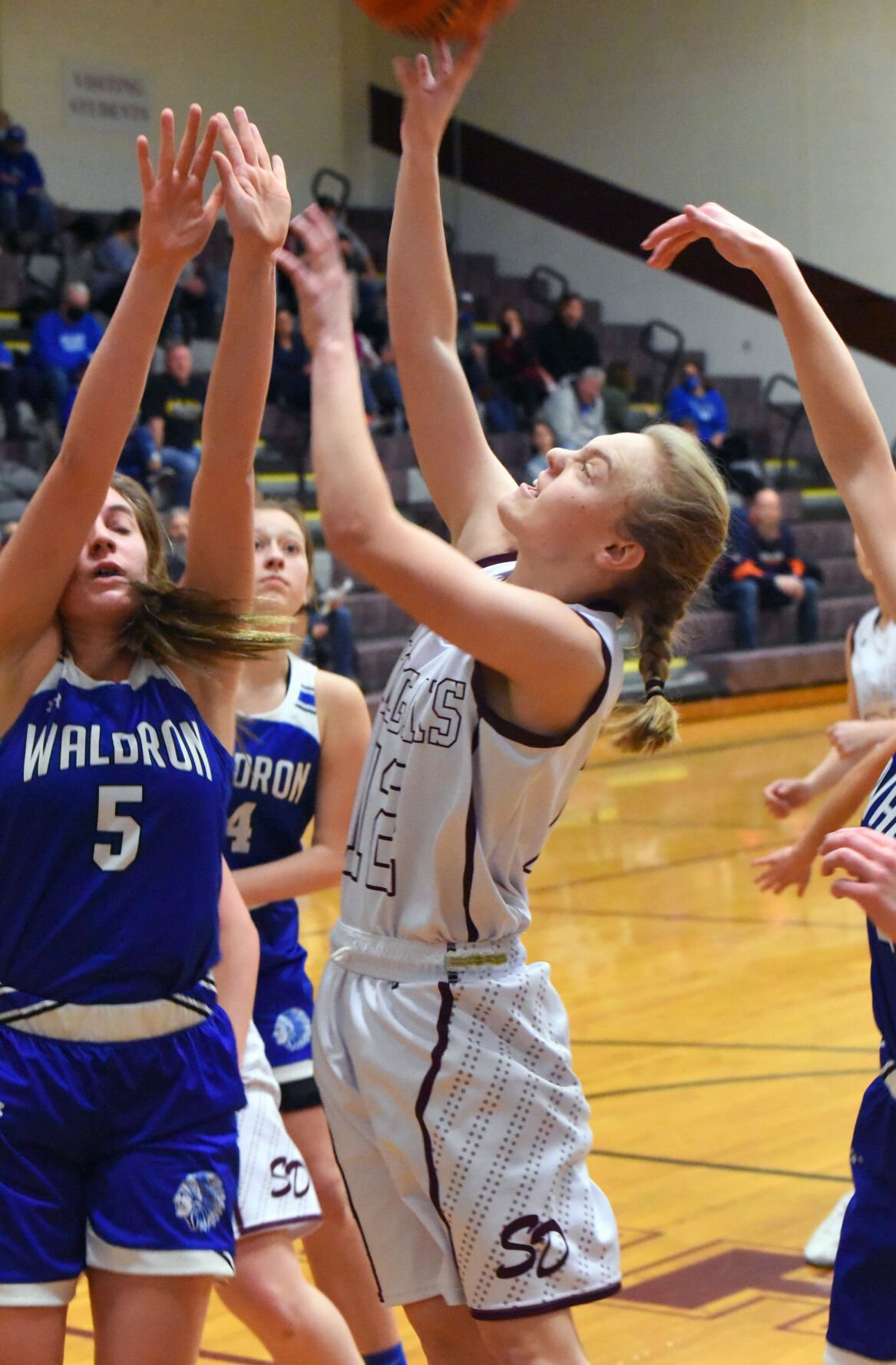 Mary Gasper is a player whose quickness on defense could translate to offensive opportunities, coach Tyler Johnson said. 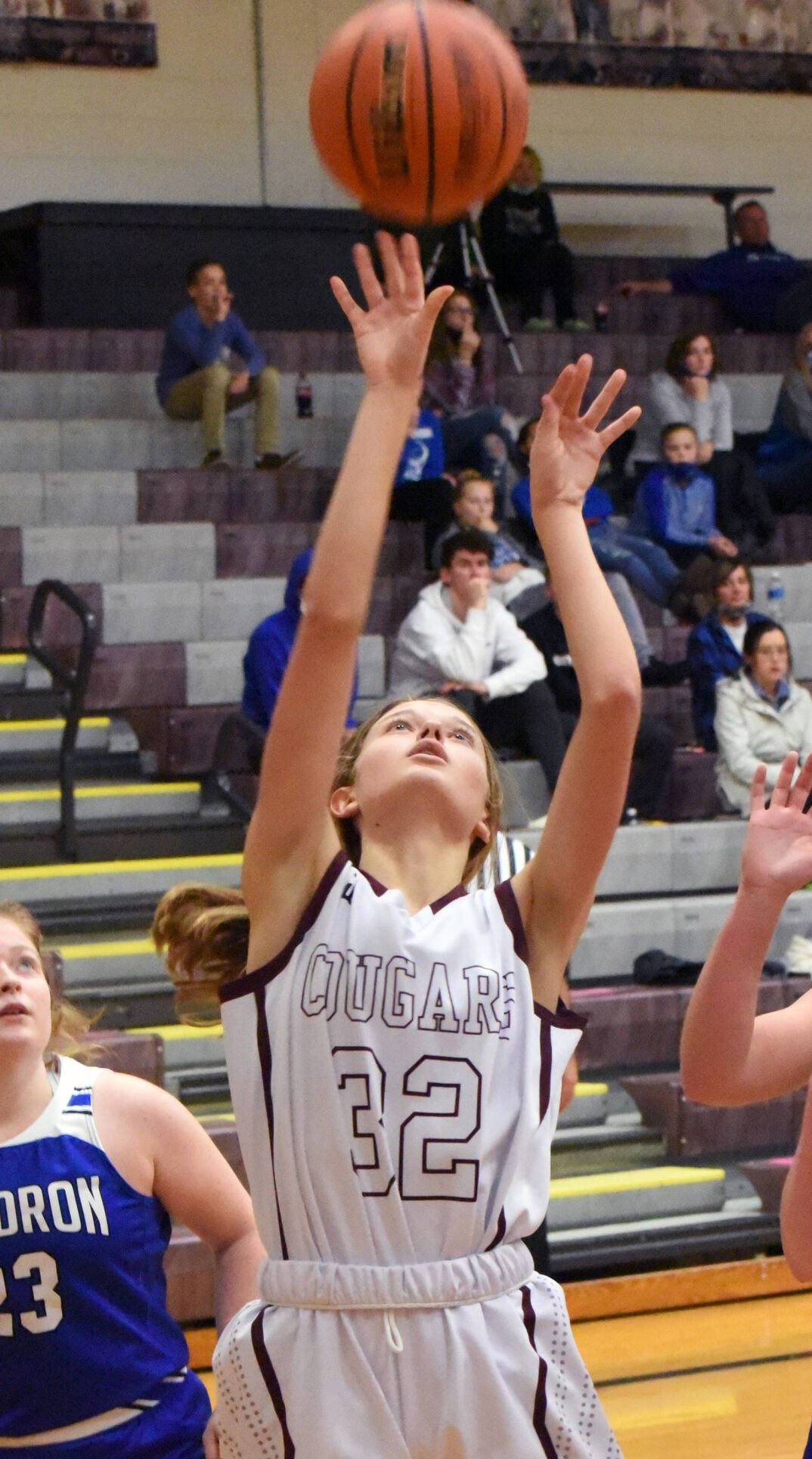 Brayley Sundal earned a starting role near the end of her freshman year. The guard scored a season-high eight points against Henryville.

Mary Gasper is a player whose quickness on defense could translate to offensive opportunities, coach Tyler Johnson said.

Brayley Sundal earned a starting role near the end of her freshman year. The guard scored a season-high eight points against Henryville.

WESTPORT – Tyler Johnson did the math. When he took the grade of each of the girls who might play varsity basketball for South Decatur, their average was a shade over 10, or equivalent to a sophomore.

South Decatur went 6-16 in Johnson’s first year at the helm. He felt the Cougars were competitive in most of their losses and are on the right trajectory.

“We closed the gap, I guess, pretty quick,” Johnson said. “It’s just a matter of getting over that hump in Year 2. I know there’s some other teams that maybe lost a little bit in terms of production, so that might help.”

The Cougars are expected to have three seniors: Loryn Pate, Brooke Somers and Kirsten Meece.

Pate played point guard last year and led the team in assists (2.4 per game). She ranked second in rebounds (5.6) and third in scoring (7.1).

While they won’t have Bell’s 15.5 points and 12.5 rebounds per game, Johnson sees some positives that could occur.

“Losing Lana is definitely a pretty big hole in the middle,” he said. “All in all we’re probably a quicker team. We’re probably more athletic in terms of being able to get up and down the floor and having some speed, some quickness. That’s something we’re gonna play into from a defensive standpoint.”

Somers is back after sitting out her junior year. She averaged 6.0 points, 5.1 rebounds, 2.2 assists and 1.8 steals as a sophomore.

“Somers has a nice mid-range jump shot and she’s got the ability to take it to the basket,” Johnson said. “Meece is the same way and has that 15-footer that’s solid.”

South played in three shootouts this summer: at Batesville, at D1 Camp in Fort Wayne and at East Central. Those venues provided SD with 17 games.

The Cougars played some quality competition in Fort Wayne, including multiple sectional champions from bigger schools. They managed to earn a few wins at the D1 camp, and beat a team from Ohio at East Central.

Because of schedules and girls playing other sports, the Cougars didn’t have their entire roster together for any games in June.

One area they struggled with was getting started in the first half.

“I really preached to them about not digging yourself a hole and playing to your potential right out of the gate,” Johnson said. “A lot of that is probably playing a lot of girls who have not played with each other. There’s not that camaraderie yet. At some points we were starting three freshmen.”

MaKayla Somers is the younger sister of Brooke Somers. She had shoulder surgery a couple months ago and won’t be able to play basketball again until the middle of September, Johnson said, so she missed out on all of the summer games and workouts.

Back in the groove

The Cougars had a total of 15 girls who played at various points over the summer, which is two more than they had between the JV and varsity this past season. While the numbers are slightly higher, some girls will still be required to play both ways.

“A lot of girls will be playing a lot of quarters every night. But they can’t complain about playing time then,” Johnson said, jokingly.

Bell and Dyer accounted for 24.2 of South’s 40.6 points per game last year. By focusing on the defensive end, Johnson is confident they’ll be able to generate offense.

“Girls like Brayley and Paige McQueen are gonna score a lot for us on defense. Mary Gasper, same way,” Johnson said. “All of those girls are pretty quick and can get steals to create some offense on the other end. We’re gonna scratch and claw for points, and a point of emphasis is defense.”

Because the Cougars are so young, Johnson won’t be surprised if they take some lumps early in the season. Many of the girls haven’t played any or many minutes on varsity, not to mention how those who did last year didn’t get a true experience.

“A lot of these kids missed a whole year of fans in the stands and cheer blocks, pep bands, the whole feel of high school basketball. … It takes a while to get back in the groove,” Johnson said.

“But I think the kids will be ready to go. I’m itching and excited to get back to it.”