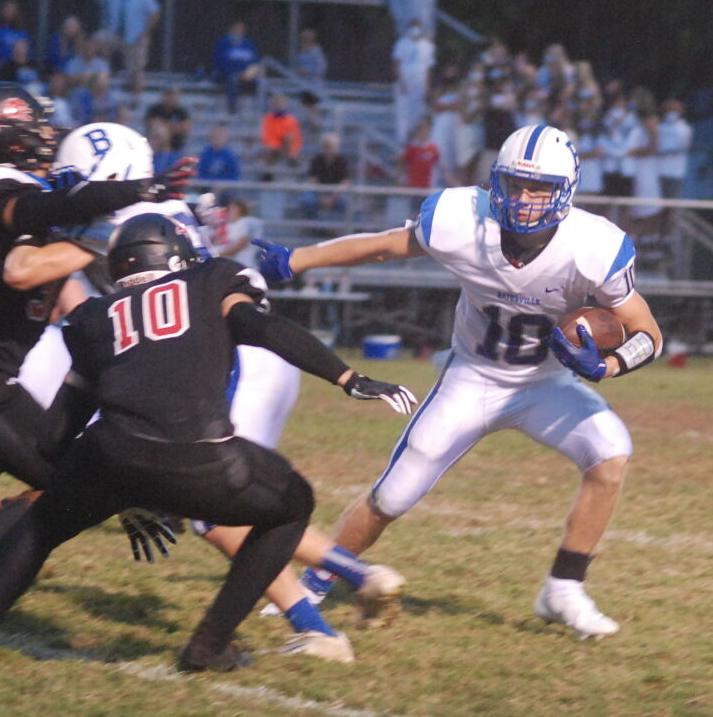 Batesville’s Austin Pohlman rushed for 323 yards and six touchdowns in the win at Rushville. 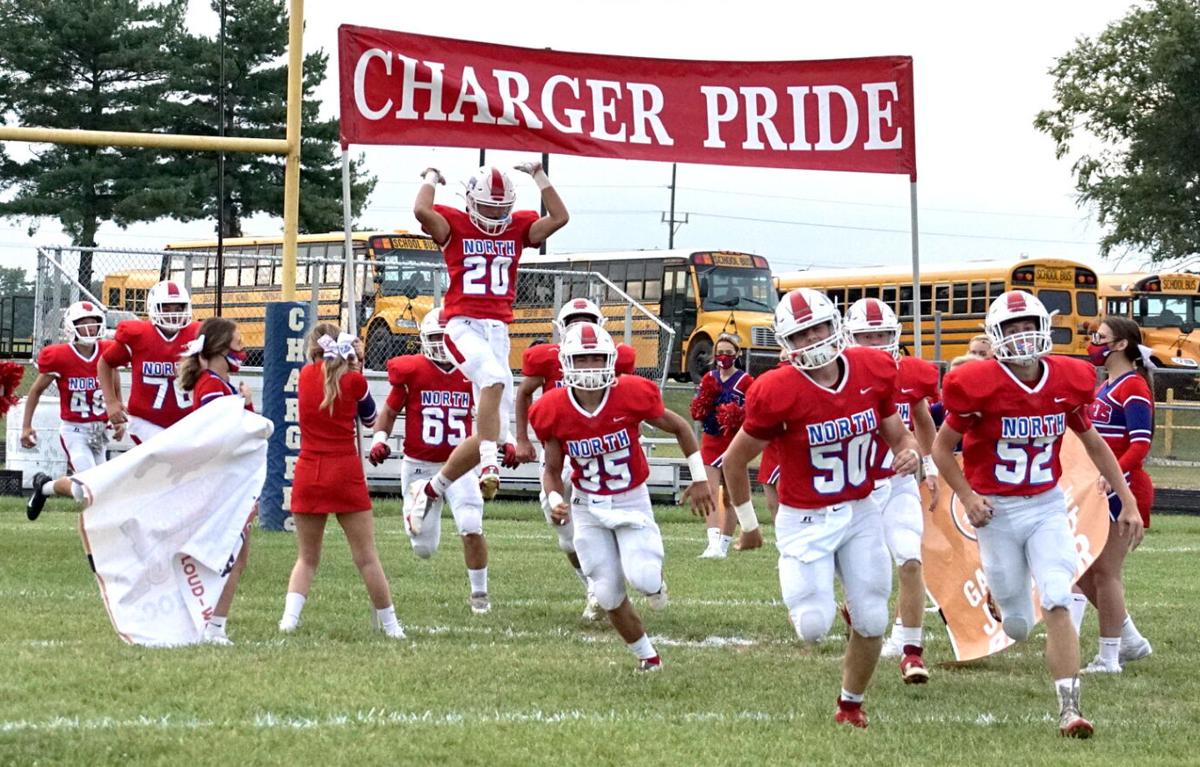 The North Decatur Chargers enter the field as they hosted Oldenburg.

Batesville’s Austin Pohlman rushed for 323 yards and six touchdowns in the win at Rushville.

The North Decatur Chargers enter the field as they hosted Oldenburg.

GREENSBURG – North Decatur bounced back in the win column with a 44-0 victory over the Twisters of Oldenburg Academy. The Chargers move to 3-1 on the season while Oldenburg drops to 2-1.

Sophomore quarterback Carson Parmer was 7-for-14 with no interceptions. Noah Howell led the Chargers on the ground with 78 yards while Logan Koehne led the aerial attack with 123 yards on four catches. Both Howell and Koehne found the end zone on multiple occasions.

A pass from Parmer to Koehne for the 62-yard touchdown opened the scoring in the game. Reid Messer added the 2-point conversion for an early 8-0 lead.

In the second quarter, Parmer punched the ball in the end zone from 1-yard out and the 2-point conversion pass from Parmer to Koehne made it 16-0.

A Koehne 4-yard run and Parmer 1-yard pass to Koehne rounded out the scoring in the second half and gave the Chargers the 44-0 victory.

As good as the Chargers were offensively, they dominated defensively, holding the Twisters to 75 yards of total offense. The Chargers had one fumble recovery and two interceptions and kept the Twisters out of the end zone all night.

RUSHVILLE – Batesville running back Austin Pohlman had a huge game on the ground in leading the Bulldogs to a 48-14 victory at Rushville on Friday. The Bulldogs have won three straight to improve to 3-1 on the season. The Lions fall to 0-4.

On defense for the Lions, junior Nash Paddack and sophomore Landon Trowbridge anchored the inside with help from linebackers Hay and sophomore Drew Miller.

After the loss, Rushville head coach Dan Rector said, “I saw some players make strides this week, but as a team we need to perform better. We have our biggest rivalry game this week, so we will redouble our efforts to get the team ready to keep the War on 44 trophy.”

The Lions travel to Connersville at 4 p.m. Saturday for the War on 44 rivalry game.

LAWRENCEBURG – The host Tigers jumped out to a 28-0 lead on Greensburg and never looked back in knocking off the Pirates 56-14. The Pirates drop to 2-2 on the season. The Tigers move to 3-1 with their third straight win.

Greensburg got on the board in the second quarter as Luke Scheumann picked off a Tiger pass and returned it 25 yards for the touchdown. Ben Bausback added the point after to cut the deficit to 28-7.

Lawrenceburg added a touchdown before the half to lead 35-7 at the break.

Greensburg rounded out the scoring in the fourth quarter with a 43-yard TD run by Sam West. Bausback added the point after to make the final score 56-14.

Offensively for the Pirates, Toby Brogan connected on 10-of-15 passes for 72 yards. West finished with 65 yards rushing and one touchdown. Jalen Woods led the Pirates with 24 yards receiving. West was next with 22 yards receiving.

The Pirates travel to South Dearborn (3-1) this coming Friday.