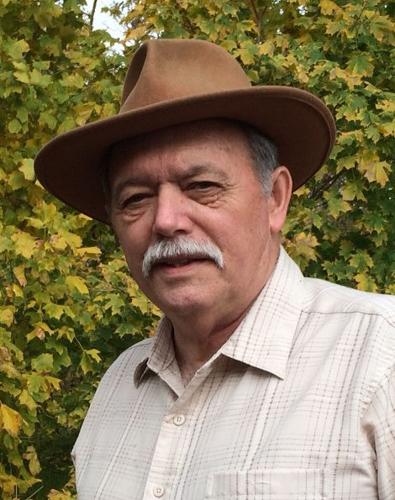 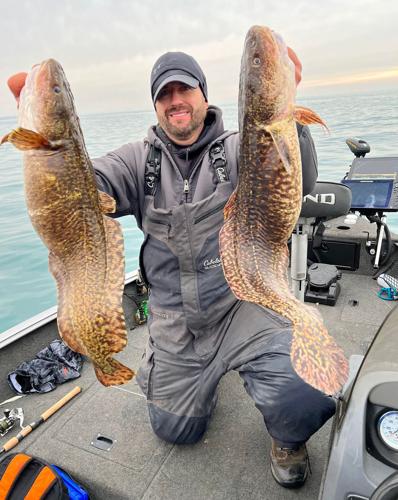 Scott Skafar of Valparaiso caught a 10.2-pound burbot on Lake Michigan in Porter County on Dec.30, besting the previous record set in 1990 by 2.5 pounds. He also caught a second burbot the same day besting the old state record by nearly 2 pounds.

Burbot are a unique species native to Lake Michigan because they are the only freshwater fish in the Gadidae, or cod family. Adult burbot primarily feed on other fish species such as round goby, sculpin, and yellow perch. Burbot are also sometimes called eelpout, lawyer, or poor man’s lobster and have a single chin barbel or whisker, similar to catfish whiskers.

Lake Michigan burbot are typically found on the lake bottom in deep water. Anglers wishing to target burbot should focus their efforts between November and April when water temperatures are cold enough for them to move close to shore to feed. Burbot are good to eat. They have firm, white flesh and a large liver, similar to cod.

Governor Holcomb announced in his 2023 State of the State address the Department of Natural Resources will award $29.5 million to acquire and begin development of the 62.3-mile Monon South Trail spanning five counties in Southern Indiana. Once fully constructed, the trail will be the longest contiguous recreational trail in Indiana.

“Indiana is continuing to blaze new trails in conservation and outdoor recreation – and today, we’re excited to announce we’re blazing our longest trail yet, connecting communities across Southern Indiana,” Gov. Holcomb said. “The Monon South Trail will preserve a piece of our Hoosier history while promoting quality of place in our rural communities.”

The Monon South Trail will follow the route of the historic Monon Railroad beginning in New Albany and running through the communities of Borden, New Pekin, Salem, Campbellsburg, Saltillo, Orleans and Mitchell. The route includes portions of Floyd, Clark, Washington, Orange and Lawrence counties.

To jumpstart the trail’s development, the DNR will grant the partner cities an additional $24 million in Next Level Trails funding to begin design, engineering and construction of portions of the trail.

Approximately 440,000 people live within 10 miles of the trail’s path.

The corridor follows a road survey commissioned by the Indiana Internal Improvements Act of 1836. In 1847, the Indiana General Assembly authorized a private railroad to build upon the route, and Governor James Whitcomb signed a proclamation chartering the New Albany and Salem Railroad. By 1854, the railroad was complete from New Albany to Michigan City. In 1956, the railroad officially adopted the iconic Monon Railroad name.

As part of the governor’s Next Level Connections initiative, Next Level Trails is the largest infusion of trails funding in state history. The $150 million program is administered by the DNR and enables much needed trail connections within and between Hoosier communities.

“The Monon South Trail represents Indiana’s history and our future,” DNR director Dan Bortner said. “I’m thankful for our partners with the City of New Albany and Radius Indiana for helping chart this path forward for these communities across Southern Indiana.”

Indiana Conservation Officers are investigating an incident in southwestern Union County, where a property caretaker was shot after confronting four individuals who were hunting on private property without consent.

The public is asked to help identify the four subjects.

The officers’ initial investigation indicates the incident occurred during the morning hours of Jan. 6, when four individuals were located hunting on the property without permission. The confrontation escalated and resulted in a gunshot, wounding the property caretaker.

Information can be provided to Indiana Conservation Officer Central Dispatch at 812-837-9536, anonymously via TIP Hotline at 800-TIP-IDNR (800-847-4367), or online at https://www.in.gov/dnr/law-enforcement/turn-in-a-poacher-or-polluter/.

The public is invited to cut up and remove certain downed trees at Ouabache State Park for firewood. Trees eligible for firewood have fallen as a result of natural causes or have been dropped by property staff. They are along roadsides or in public areas such as campsites and picnic areas.

Permit sales are available now and will be sold through March 31. The cost of one pickup-truck load is $10. All proceeds will be used for resource management and restoration efforts, including replacement of trees in campgrounds and other public areas. Firewood cut at Ouabache is for personal use only and may not be sold.

A firewood permit must be obtained for each load at the Ouabache State Park office between 9 a.m. and 3 p.m., Monday through Friday. Permits are not available on observed state holidays or weekends.

Firewood may be cut up to 30 feet from roadsides in designated areas; however, vehicles are not allowed off roads. The use of tractors, UTVs, and ATVs is prohibited. Wood may be cut and removed between 9 a.m. and 3:30 p.m. Monday through Friday. For more information, call the Ouabache office at 260-824-0926. Ouabache State Park (on.IN.gov/ouabache) is at 4930 E. State Road 201, Bluffton, Indiana.

Readers can contact the author by writing to this publication, or e-mail to jackspaulding@hughes.net.