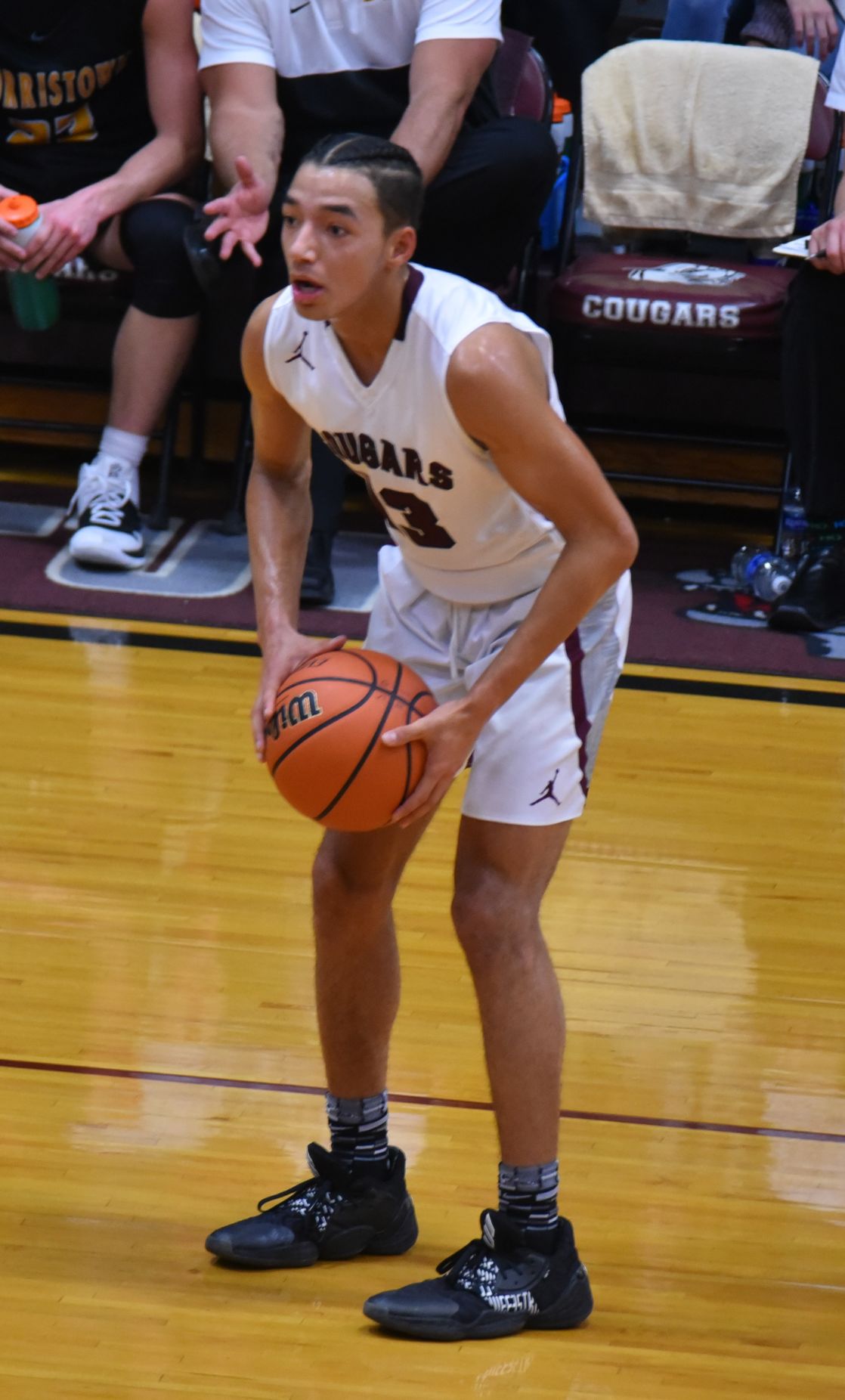 Senior Dominic Walters looks for an open teammate to add to his eight assists per game this season. 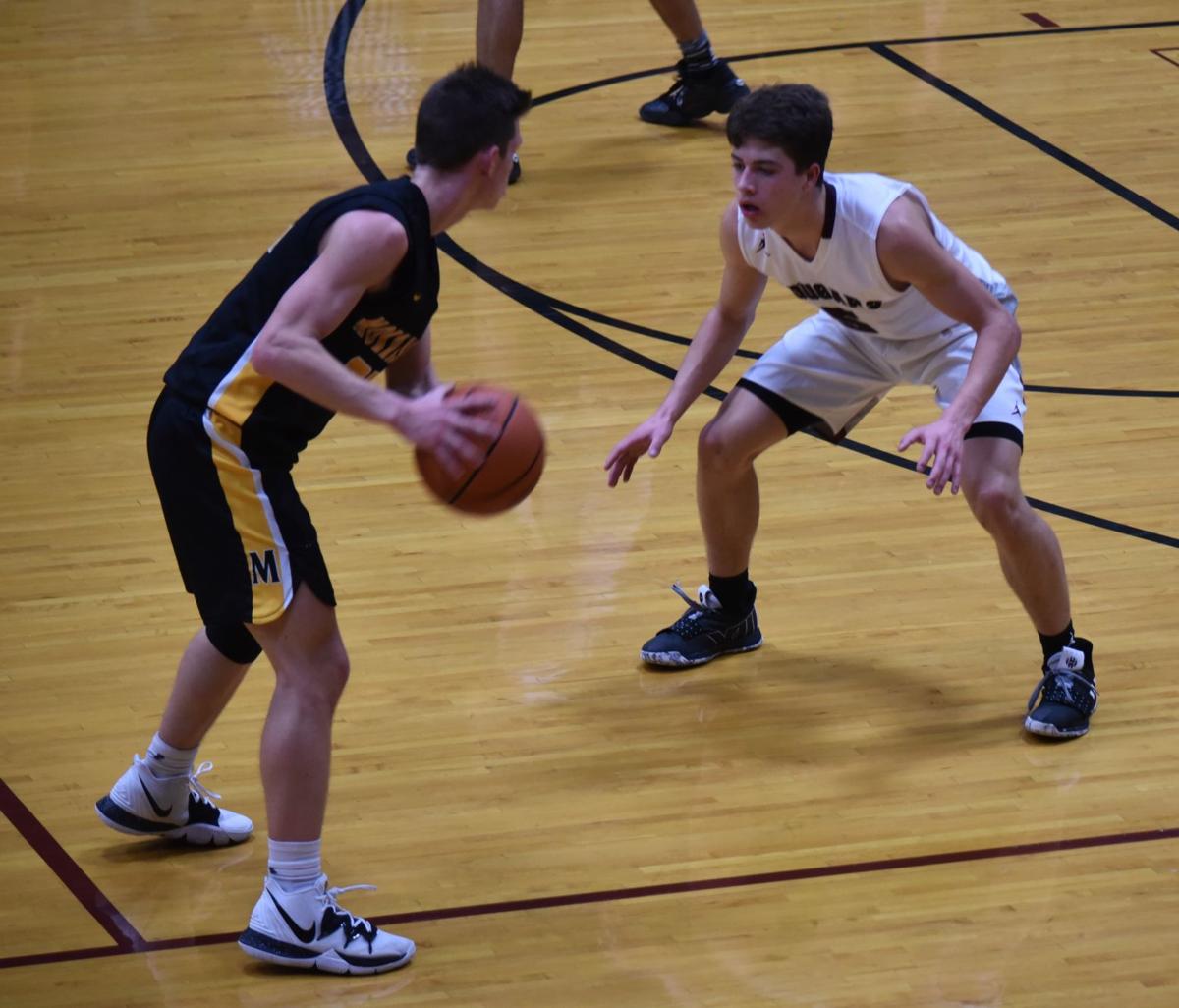 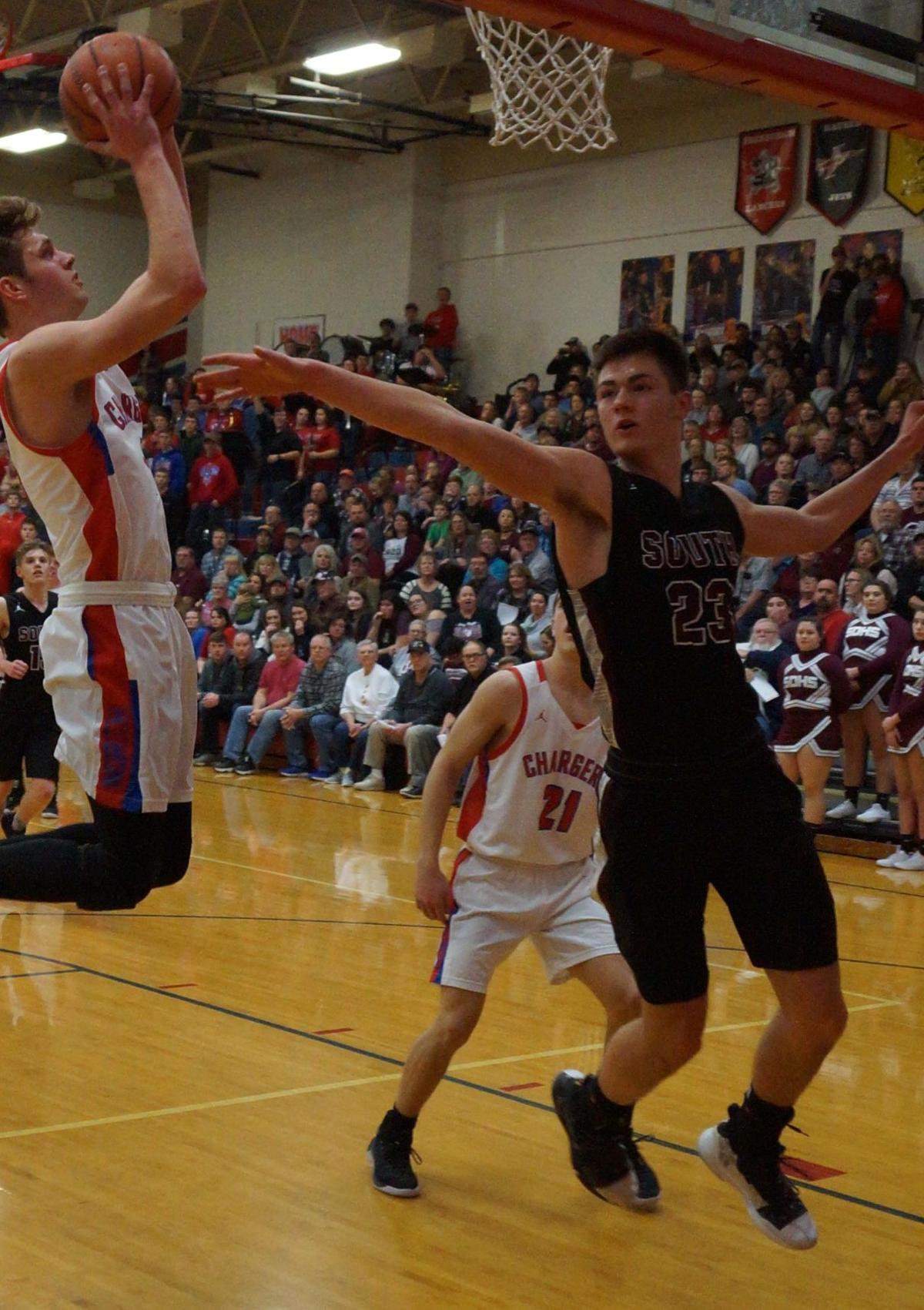 Senior Dominic Walters looks for an open teammate to add to his eight assists per game this season.

This is the first in a 3-part series about the rise of South Decatur basketball and the culture change happening within the program.

GREENSBURG – The state is watching the Cougars.

The South Decatur Cougars (13-0) have garnered attention of basketball fans, journalists and historians with their offensive onslaught headed particularly by three players.

The journey for each player varies, but the goal remains the same.

For Walters the journey was about patience.

After starting as a sophomore for the Jennings County Panthers, Walters moved to South Decatur to play for Coach Kendall Wildey.

With the move, it was ruled that Walters, as well as teammate and fellow starter Chase Boswell were only granted junior varsity eligibility.

“Patience was key,” Walters said. “Obviously, it took faith in God to believe that this was my journey and this was right for me, but the biggest test was just patience.”

Currently, Walters averages 21.5 points and eight assists per game for the Cougars.

The junior and big man of the trio, Lane Lauderbaugh, was not forced into a sit-and-wait situation his freshman year when he transferred into the program.

Halfway through the 2017-18 season, Lauderbaugh joined the Cougars who were a one-man wrecking crew at the time behind then senior Matt Cornett.

Despite the added size and shooting ability that Lauderbaugh brought along the scoring of Cornett, the Cougars still limped to just four wins on the season.

The next, Lauderbaugh led the Cougars to seven wins as a sophomore, but still felt the growing pains of a new culture taking shape in the program.

In year three, Lauderbaugh and the Cougars 13-0 record has surpassed the win total of his first two years overall with the program.

“It has felt great to be part of this,” Lauderbaugh said. “As a program we have already come a long way, but there is still growth to be made.”

He went on to explain more about what the current team wants to do to continue building a culture of winning at South Decatur.

“We really want to inspire the younger kids in the schools to get involved and be ready to step into their role on the team when they get to the high school level,” Lauderbaugh said. “We do not want this to just be a year or two change, but one for many years to come.”

Lauderbaugh sits at 981 career points scored, averaging 22.1 points per game to go with his 11.9 rebounds per game. On Friday night, at home against Centerville, he will look to become just the fifth Cougar to ever eclipse the 1,000 point mark.

The youngest of the trio, sophomore Hunter Johnson, has grown up around the South Decatur schools and saw the level at which the program and fans accustomed to for many years.

In Johnson’s lifetime, the Cougars have just three winning seasons in boys basketball, the most recent coming in 2013 under then coach Tom Black.

“Growing up here and seeing what South has been for so many years and then getting to be part of what we are doing now has been great,” Johnson said. “I have stayed and been dedicated to South and the basketball program and its nice to see what we have been able to do this year.”

Johnson currently averages 19 points per game. He has scored 30 or more points three times this season, with a 35 point game against Switzerland County being his biggest night to date.

Despite the perfect start through 13 games this year, you will not catch any of these three guys looking further ahead than the next game.

“We know that we can be beat any night,” Lauderbaugh said. “We cannot look past any game or any opponent. We have to just scout, prepare and take care of business one game at a time.”

“We are just going to take one game at a time,” Johnson said. “That is what I am looking forward to accomplishing. Just winning the next game.”

The Cougars 3-headed scoring monster will take their 13-0 record into battle this weekend with a home game against Centerville and a road game with Decatur County perennial powerhouse Greensburg.

Parts two and three of this series will examine other rotation players and the seniors of the team, that have played four years and witnessed the change in culture first hand.