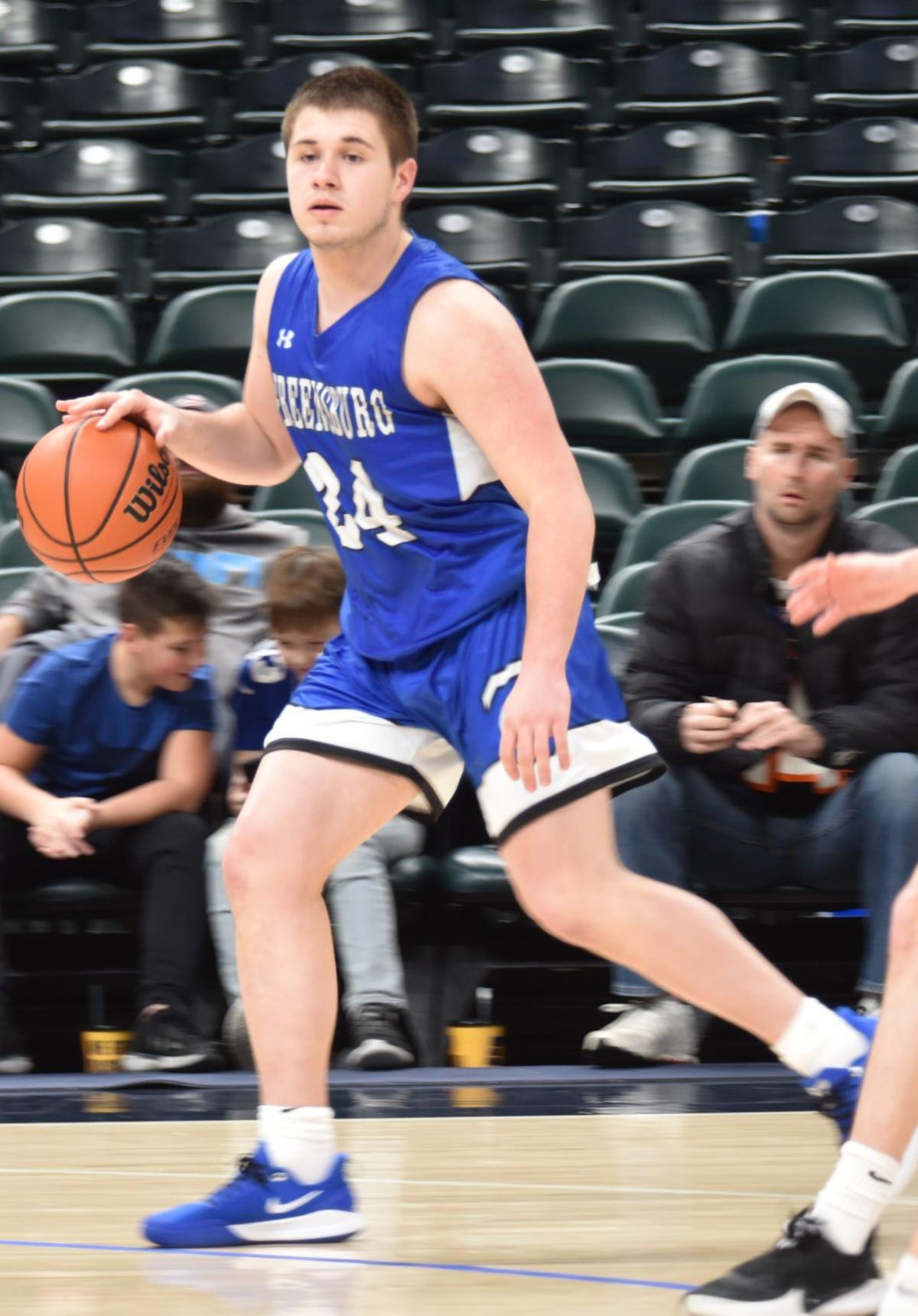 Miles Wilkison looks to pass through the Shelbyville defense in the half court.

Andrew Welage skies above the rim on a breakaway at Bankers Life Fieldhouse on Saturday.

Miles Wilkison looks to pass through the Shelbyville defense in the half court.

Andrew Welage skies above the rim on a breakaway at Bankers Life Fieldhouse on Saturday.

INDIANAPOLIS – The bright lights of Bankers Life Fieldhouse were not enough to faze the Greensburg Pirates on Saturday night as they claimed the victory in the I-74 battle with the Shelbyville Golden Bears, 74-68.

The Pirates pulled ahead 23-12 in the first quarter with 11 points coming from senior Andrew Welage. The team shot 10/14 in the quarter.

The Golden Bears did not allow the Pirates lead to grow much more before the halftime break, but still the Pirates comfortably went to their locker room up 39-26.

Consistency remained key for the Pirates in the third as they continued to play their game and not let the streaky 3-point shooting of Shelbyville get to them. Seven third quarter points from Colin Comer and important minutes off the bench from freshman Ki Dyer kept the Golden Bears at bay and gave the Pirates a big 16 point cushion into the fourth quarter.

In the fourth quarter, the Pirates did not slow down offensively much, but enough for the Bears to close in and make the final score appear closer than the game actually was.

Down 20, the Golden Bears went off for 16-2 run to close within six in the final seconds of game time.

Welage led the way with 24 points, five rebounds and six assists. Lane Sparks chipped in with 18 points, while Comer and Wilkison each scored 11.

Cole Nobbe had a season high seven points and Dyer hit one 3-pointer to round out the scoring.

Up next, the Pirates host Batesville in an EIAC clash.