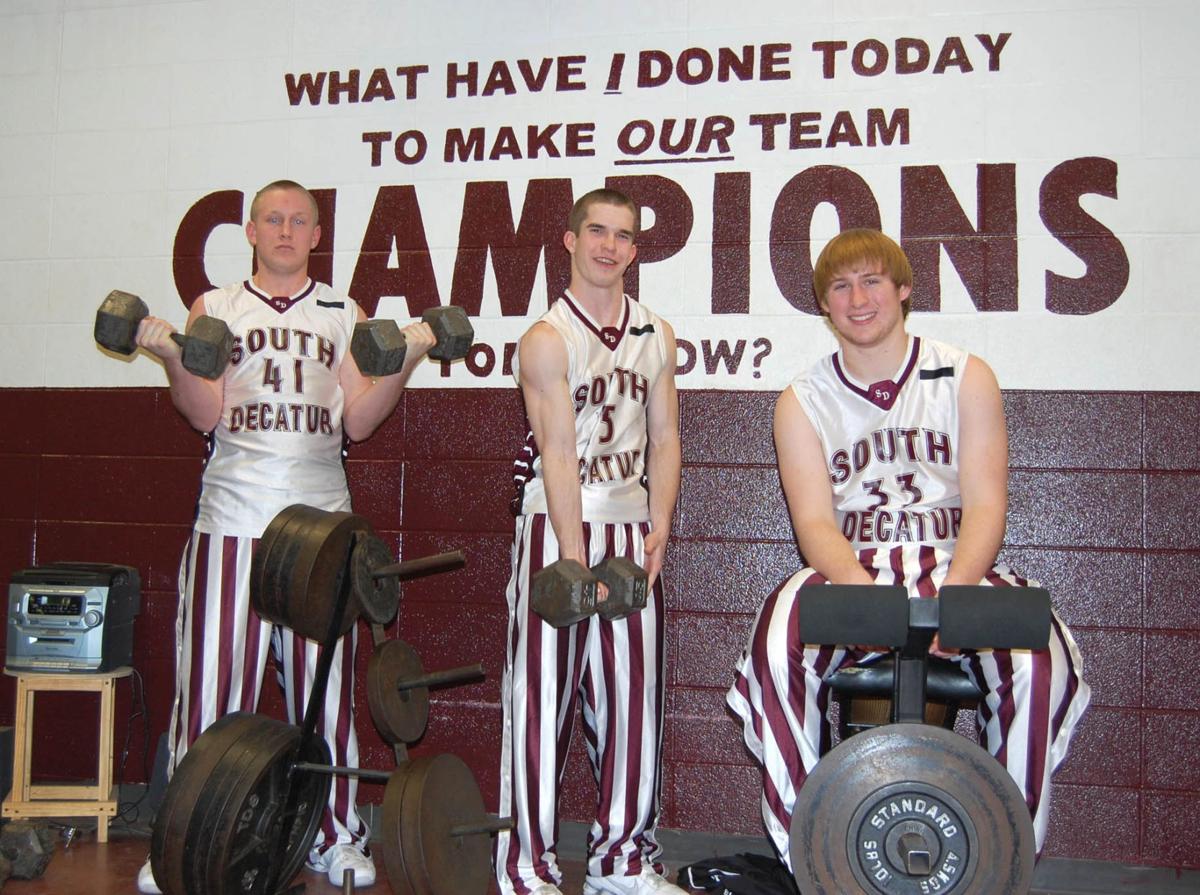 South Decatur's seniors (from left to right) Chris Dickson, Ryan Mote and Taylor Wilkerson, have been working hard to end their senior season with success. 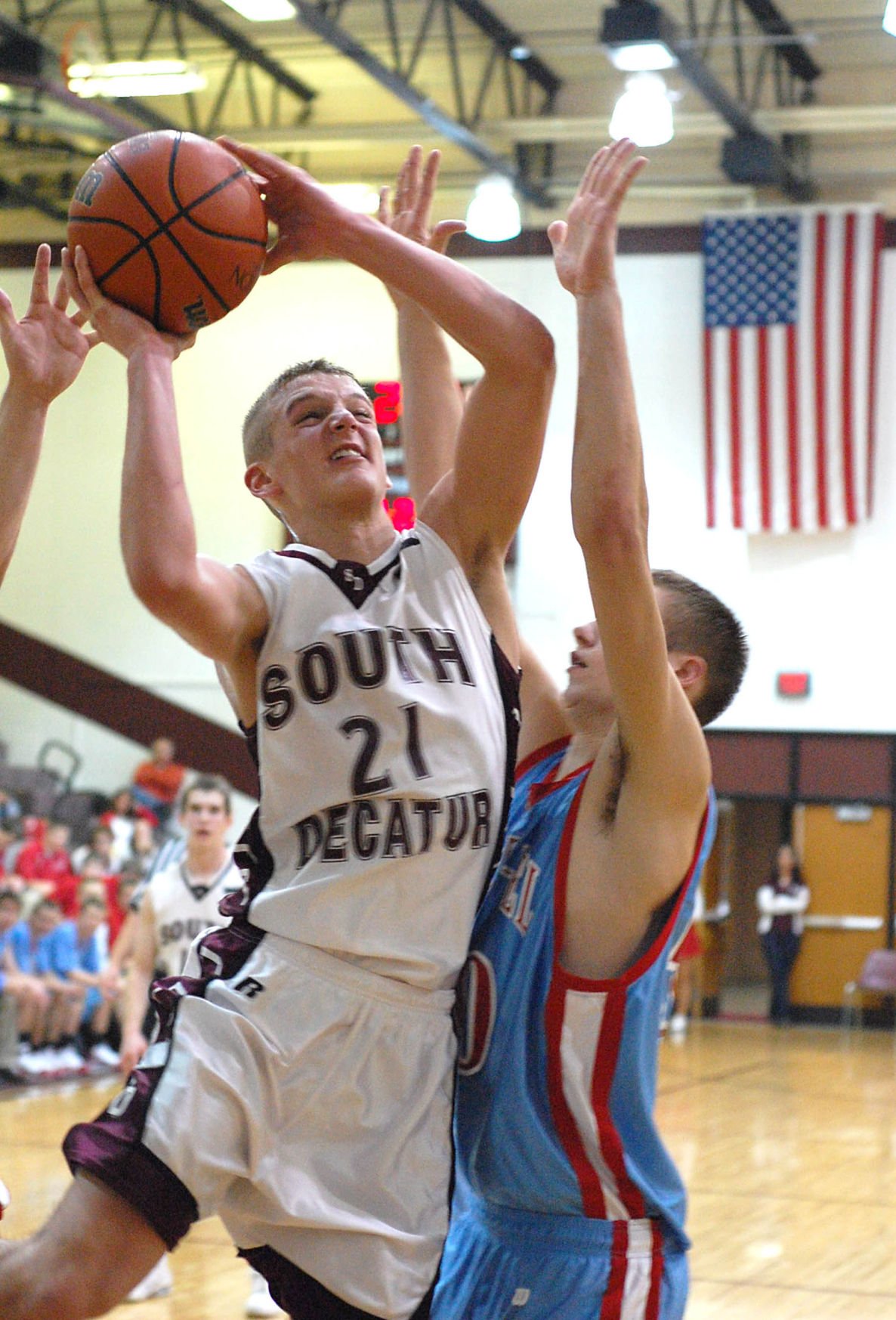 Underclassmen such as Tyler Ewing will be major keys to a successful sectional run for South Decatur. 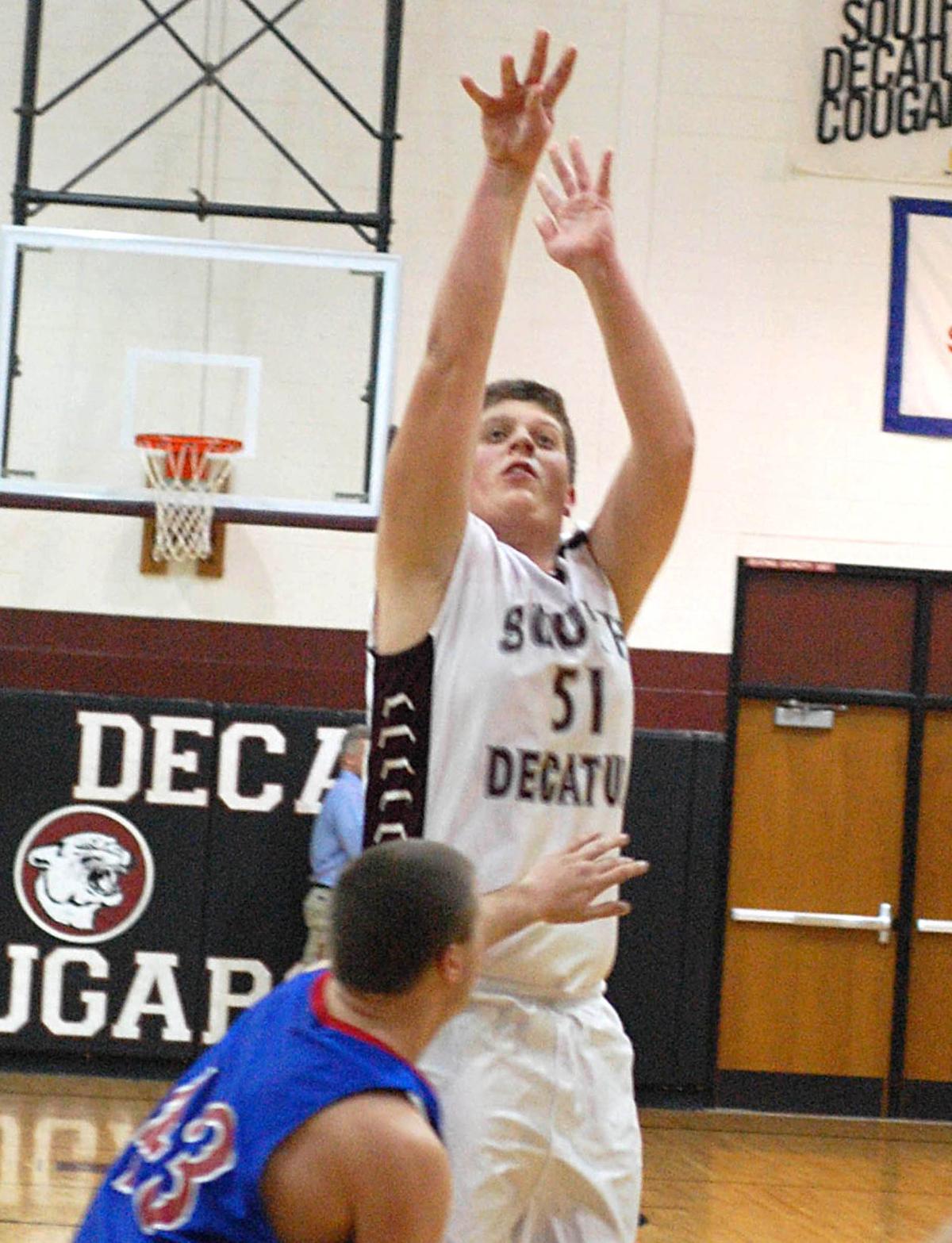 Underclassmen like Grant Niese (51) will be substantial factors to a successful sectional run for South Decatur. 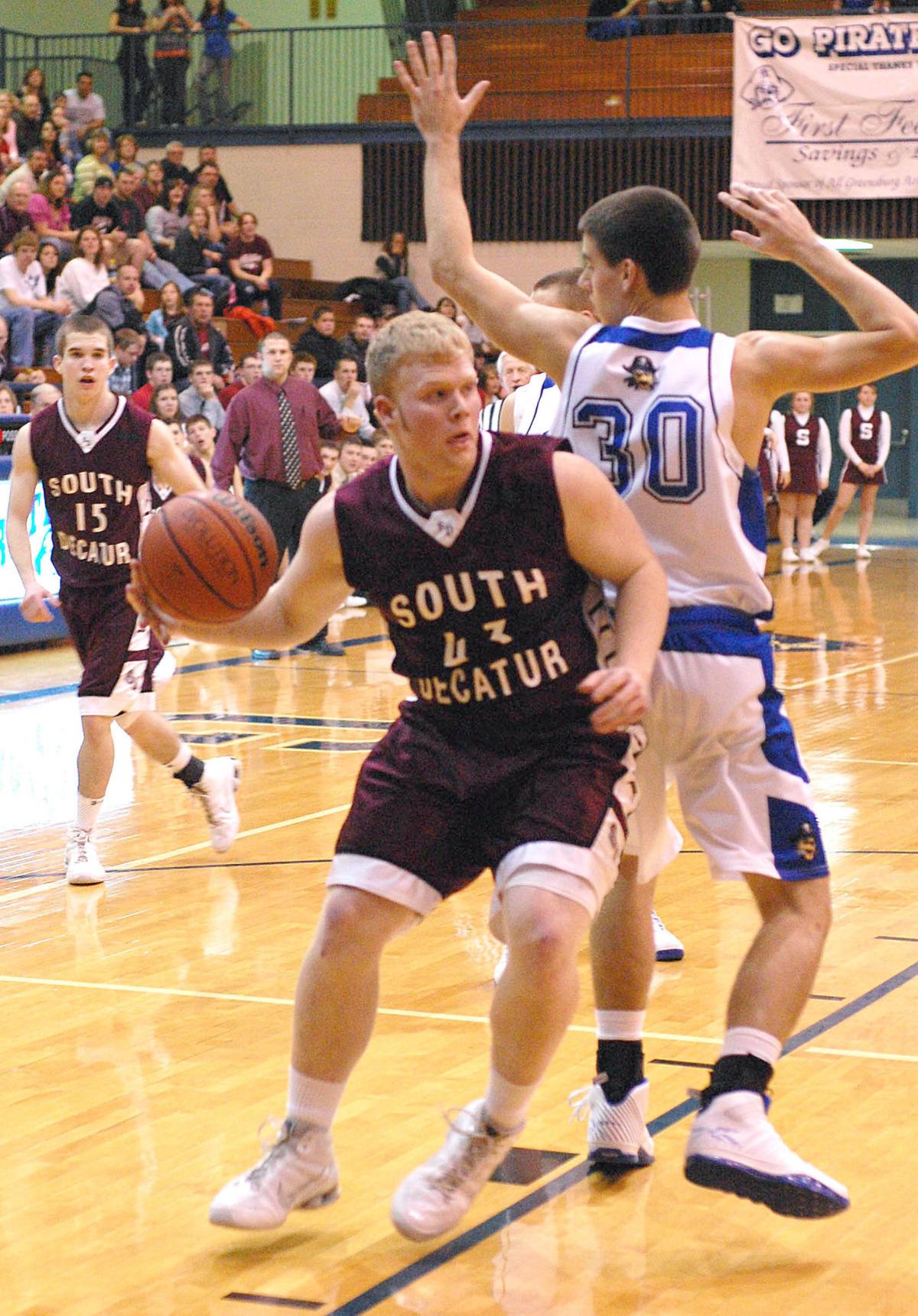 South Decatur's seniors (from left to right) Chris Dickson, Ryan Mote and Taylor Wilkerson, have been working hard to end their senior season with success.

Underclassmen such as Tyler Ewing will be major keys to a successful sectional run for South Decatur.

Underclassmen like Grant Niese (51) will be substantial factors to a successful sectional run for South Decatur.

For the South Decatur boys basketball team, the winter season did not go the way the Cougars would have liked. As elusive as wins were, getting breaks seemed even more of a rarity. South lost four different games by four points or less, in addition to a loss in overtime. Its lone win of the year also came in overtime. The key statistic of the season is South’s drastic turnaround in scoring margin in the final three games, in contrast to its first 17. The Cougars lost by an average margin of 15 points for most of the season until closing out the month February with a plus-1 scoring margin. South’s 43-40 overtime win over Medora was sandwiched between one-point losses to Waldron and Triton Central, both on last-second shots. That late-season resilience was not lost on the team’s three seniors. “A big part of this year is the team not giving up and working hard,” said guard Ryan Mote. “I really appreciate how hard the team still works and gives it their all. They could have quit. I know it’s not their last year, and they still work hard. They still go all out all the time and bust their butts.” Taylor Wilkerson noted that the team getting a win under its belt will make a difference in its approach to the sectionals. “Now that we’ve won a game, we have the confidence to beat anyone we play,” said Wilkerson. “We have as good of a chance to win the sectional as anybody. There hasn’t been a game we’ve gone into that we thought we couldn’t win.” Chris Dickson said the team rallies together and works the hardest after a loss. “We came in and those were the hardest practices of the year,” he recalled. “We bust our tails. There’s never an effort issue with this team.” Mote said the team’s biggest obstacle this season was the lack of experience. “The chemistry was not there at the beginning. We’re beginning to come together,” said Mote. South is playing its best basketball at the end of the season, showing resilience in the second half of most of the Cougars’ losses after the season’s midpoint. With only one returning player with substantial varsity experience, South has held its own this season. Mote said the seniors appreciate the support their parents have given, win or loss. “Parents come to all our games and support us. All our parents come and stay the whole game,” he said. Wilkerson added that elementary students also come to games and support the team. “They look up to us,” he said. Mote said the home court advantage can make a difference for the Cougars in the postseason. “It’s a big factor,” he said. “We usually have more confidence when we play at home, and we shoot better at home.” Wilkerson noted the home environment plays a factor in making the atmosphere favorable. “There’s definitely something about the atmosphere,” he said. “The fact that we play in this gym and practice, we know going in that we can make shots here.” Dickson said the team hopes to convert the gym into a scene of celebration just as its did two years ago with a sectional title. “That was the best feeling, walking out, with how loud the crowd was,” he said. South head coach Joe Hartwell is coaching his first varsity season since his one-season stint four years ago. He was the junior varsity coach the last three seasons. The seniors noted how approachable the coaching staff is. “It’s a completely different season having a new coach,” said Dickson. “It’s a completely different coaching style.” The seniors said they can also confide in assistant coaches Andy Honeycutt and Will Mulroney, JV coach Josh Grossman and freshman coach Jeff Hermesch. “You can go to another coach (if another coach is unavailable),” said Wilkerson. “They’ve been trustworthy.” The seniors added that the coaching staff has been supportive of the team and helps them through difficult times. “Anything I did wrong, they’d calm me down and set me up straight, and tell me to keep on keeping on,” said Dickson. Wilkerson said the seniors also appreciate former coach Glenn Whitaker for helping the team. “He’s come out many times to help us out,” said Dickson. “He’s supportive and goes to all our games.” Mote noted the team’s biggest objective is coming out with a sense of urgency and taking ownership of its opportunity. “Going into sectional, it’s all in our heads,” he said. “We have to walk in knowing we can win, and have to have the desire to win it.” South senior Kelsey Snyder, a team manager, said she and Aimee Payne appreciate the gratitude the team has expressed to the team managers. “All the guys through the years have been extremely appreciative of all the managers,” said Snyder. “They’ve been very thankful for everything we do. I’m definitely going to miss the seniors this year.”