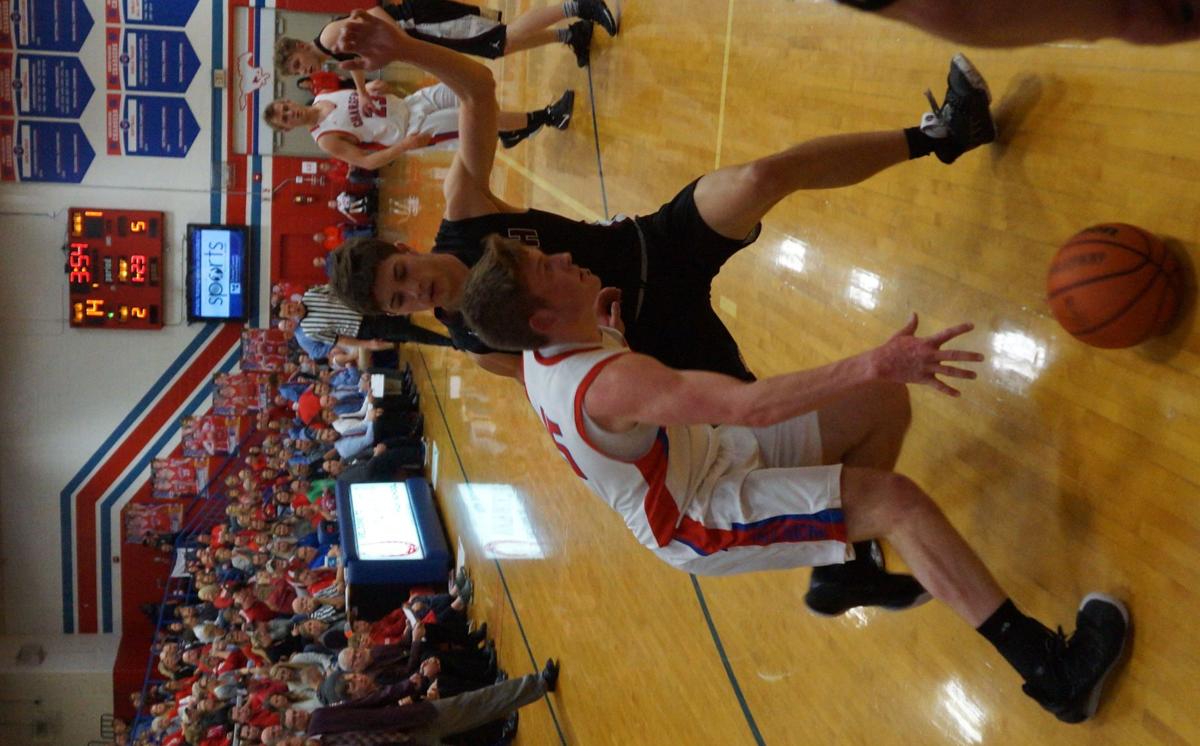 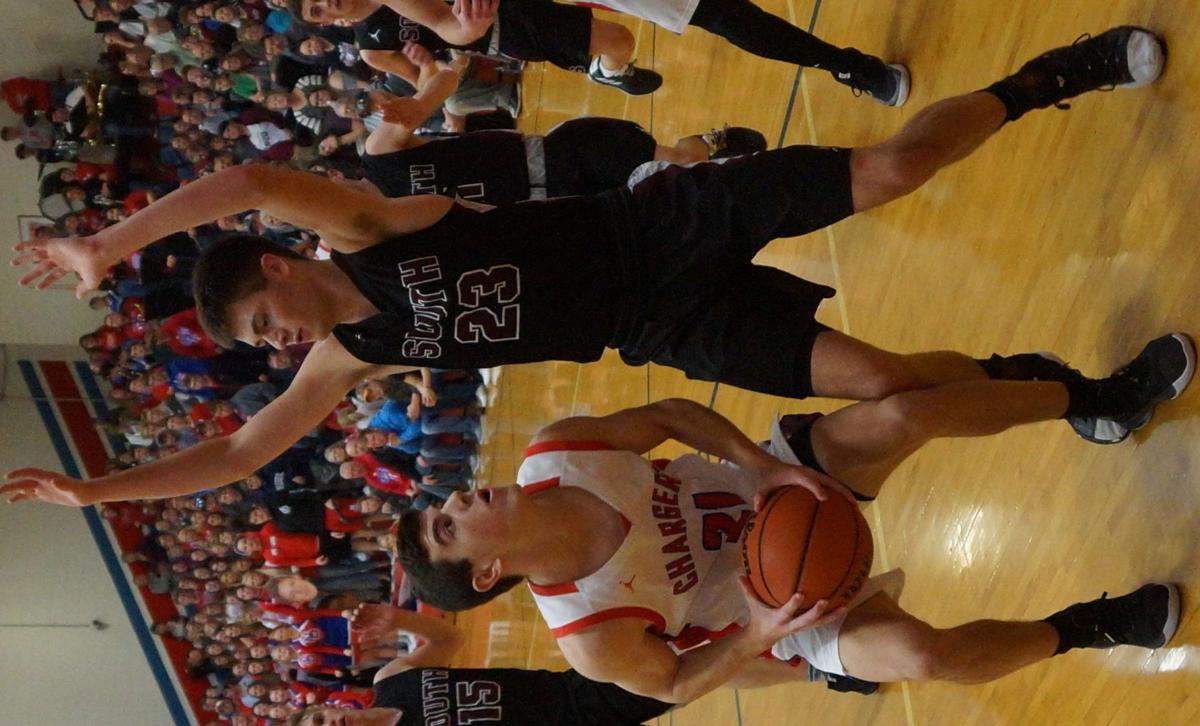 Westin Swango looks for the shot over Lane Lauderbaugh.

Westin Swango looks for the shot over Lane Lauderbaugh.

GREENSBURG — They could hear it in Shelby County — probably.

The corners of the county met at Cook Court at North Decatur for a massive Mid-Hoosier Conference game between the South Decatur Cougars (12-0) and the North Decatur Chargers (5-7).

With the Chargers down three with the clock nearing zero, senior Trey Nobbe’s 3-pointer at the buzzer fell off the left side of the rim giving the Cougars a regular season sweep of the Chargers, 78-75.

The Chargers proved more than ready early on by jumping out to a 14-1 lead behind two 3-pointers from Elijah Hoeing.

The comeback was led by sophomore Hunter Johnson, who stepped up to score 17 in the half as fellow scoring leaders Lane Lauderbaugh and Dominic Walters faced foul trouble.

Walters play just three minutes in the first half.

The Chargers jumped out to a 17-2 run to open the third quarter and led by as many as nine in the quarter, but when the Cougars 3-headed scoring machine returned to the court together the Cougars came back to knot the game up at 53 entering the fourth quarter.

Foul trouble was the story of the night on both sides as South Decatur lost junior big an Lane Lauderbaugh with more than five minutes remaining in the game due to fouls. The Chargers lost Garrett Wood and Sean Means, who had each scored 14 points at the point of their disqualifcation due to fouls in the fourth quarter.

Using bench players, the two teams continued battling back-and-forth through chippy foul calls and jeers from the crowd, a crowd of more than 1200 according to Chargers athletic director Scott Johnson.

With a clutch 3-pointer by Evan Wullenweber and converted free throw tries by Walters, the Cougars closed out the MHC game. Wullenweber hit four 3-pointers in the game en route to 16 points in the game.

Johnson ended the night with a game high 23 points. He also led the Cougars with five steals.

Despite less minutes than usual, Lauderbaugh finished with a double-double of 10 points and 11 rebounds.

Craig Adams was the Chargers leading scorer with 19 points. Nobbe led the way in the passing game with five assists and Means led the team on the glass with nine rebounds.

At the foul line, the Cougars took 36 free throws and converted 29 of them for 80.5 percent, raising their season average. The Chargers took just 10, but hit all 10.

The Chargers turned the ball over 21 times to the Cougars 16.

Fans throughout the state can only hope for a rematch when sectionals roll around at North Decatur.

The junior varsity Chargers picked up the win prior to the varsity game.

Both teams return to action Saturday night. The Chargers travel to Lawrenceburg and the Cougars host another MHC opponent in Southwestern (Shelby).

Note: Between the junior varsity and varsity games, former North Decatur basketball coach, principal, and athletic director Gary Cook was honored with a court dedication. The court at North Decatur will be now known as Cook Court.

For more about this, check out Tuesday's Daily News.